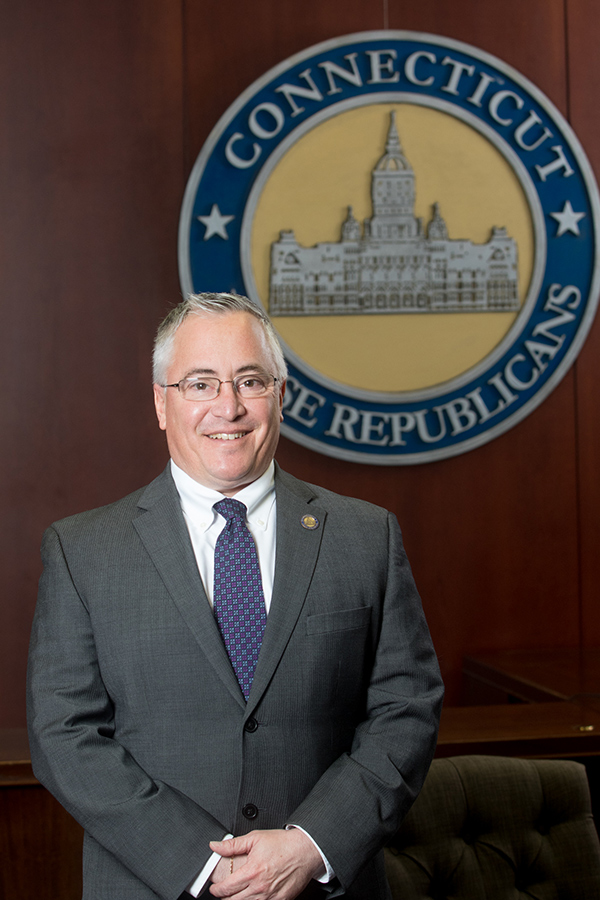 He was elected to his ninth term in November 2022, and soon after saw House Republican legislators make him their unanimous choice to serve as Minority Leader for a second two-year term. Candelora, who previously served as a Deputy House Republican Leader, saw his colleagues first choose him as leader in 2020.

Aside from serving as a state representative, Candelora’s long record of civic involvement includes three terms on North Branford’s Town Council as well as one as deputy mayor. He’s volunteered for the town’s public school system, and he’s a past president of both North Branford’s Chamber of Commerce and its Rotary Club.

During his time serving in the General Assembly, Candelora has served on a wide variety of legislative committees—everything from Finance to Public Health—and has led the House Republican caucus Screening Committee that reviews legislation before it’s put up for a vote in the House of Representatives.

Candelora is regarded by his colleagues, both Republicans and Democrats, as a skilled lawmaker who possesses a comprehensive understanding of the legislative process. He’s been an advocate for increased government transparency while helping to lead Republican efforts to stabilize the state’s finances and improve its business climate.

Over the years, Candelora has helped offer alternative “no tax increase” budget proposals aimed at making Connecticut more affordable while also tackling structural deficits. In 2017, Candelora was integral in ushering a Republican budget through a statehouse where Democrats control both the legislature and governor’s office, and he was instrumental in passing the historic bipartisan budget later that year. During his first term as House Republican Leader, Candelora was a persistent advocate for providing residents with significant tax relief, including a $1.2 billion plan that included a middle-class tax cut. He also was a leading voice in efforts to address Connecticut’s problems with juvenile crime while also pursuing changes to the controversial “police accountability” legislation that law enforcement offers say makes their work more challenging and less safe.

Outside the legislature, Candelora helps run two family-owned businesses—a manufacturing company and a sportsplex. He has also practiced municipal and transactional law at a New Haven-based firm, and he served as a law clerk to the Honorable Antoinette L. Dupont, former Chief Judge of the Appellate Court of Connecticut.

Candelora graduated from Connecticut College in 1992, and in 1995 from the Dickinson School of Law at Penn State, where he was Editor-in-Chief of the Dickinson Law Review and selected for the Appellate Moot Court Board. He is married with three children.