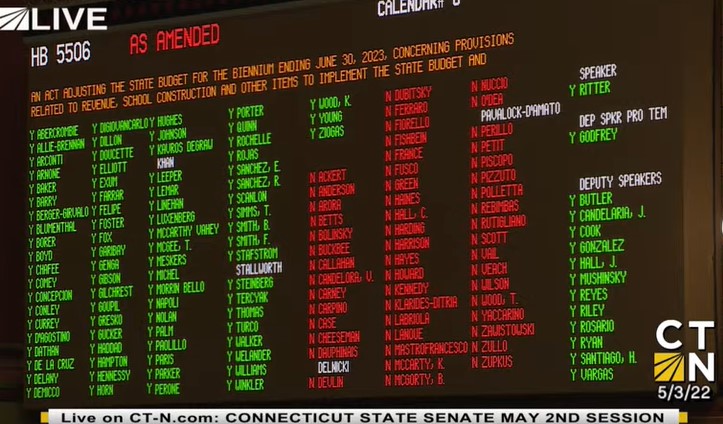 Budget adjustments for the fiscal year ending in 2023 were released around 4:30 a.m. Monday, May 2nd and taken up later that day in the House of Representatives. The budget passed the House along party lines, and near party lines in the Senate.

Overall, the package will increase spending by 6.4% over the previous year, adding $1.4 billion to the budget. Much of the spending involves one-time allocations to favored organizations during this election year. Most of these allocations are made possible by one-time federal funding and will produce a fiscal cliff in coming years since continuation of these programs would result in a steep budget shortfall.

The budget includes only modest tax relief totaling roughly $600 million, most of which is only guaranteed for one year. Included are an increased property tax credit to $300 with full eligibility, a $250 child tax credit for those making less than $100,000, an increased earned income tax credit, and capping motor vehicle tax at 32.46 mils. Given the revenue windfall the state has received from taxpayers due to inflation and good performance on Wall Street, the tax breaks in the budget that passed are simply not enough.

Republicans offered an amendment during the budget debate which would have provided more substantial broad-based relief to our residents. The proposal included reducing the income tax from 5% to 4% for middle- and low-income filers, sales tax reduction to 5.99%, extending the gas tax holiday and adding diesel, repealing the new highway use tax that goes into effect in January 2023, restoring the property tax credit, and replenishing the unemployment insurance trust fund among other changes. Ultimately the amendment failed on a party line vote.