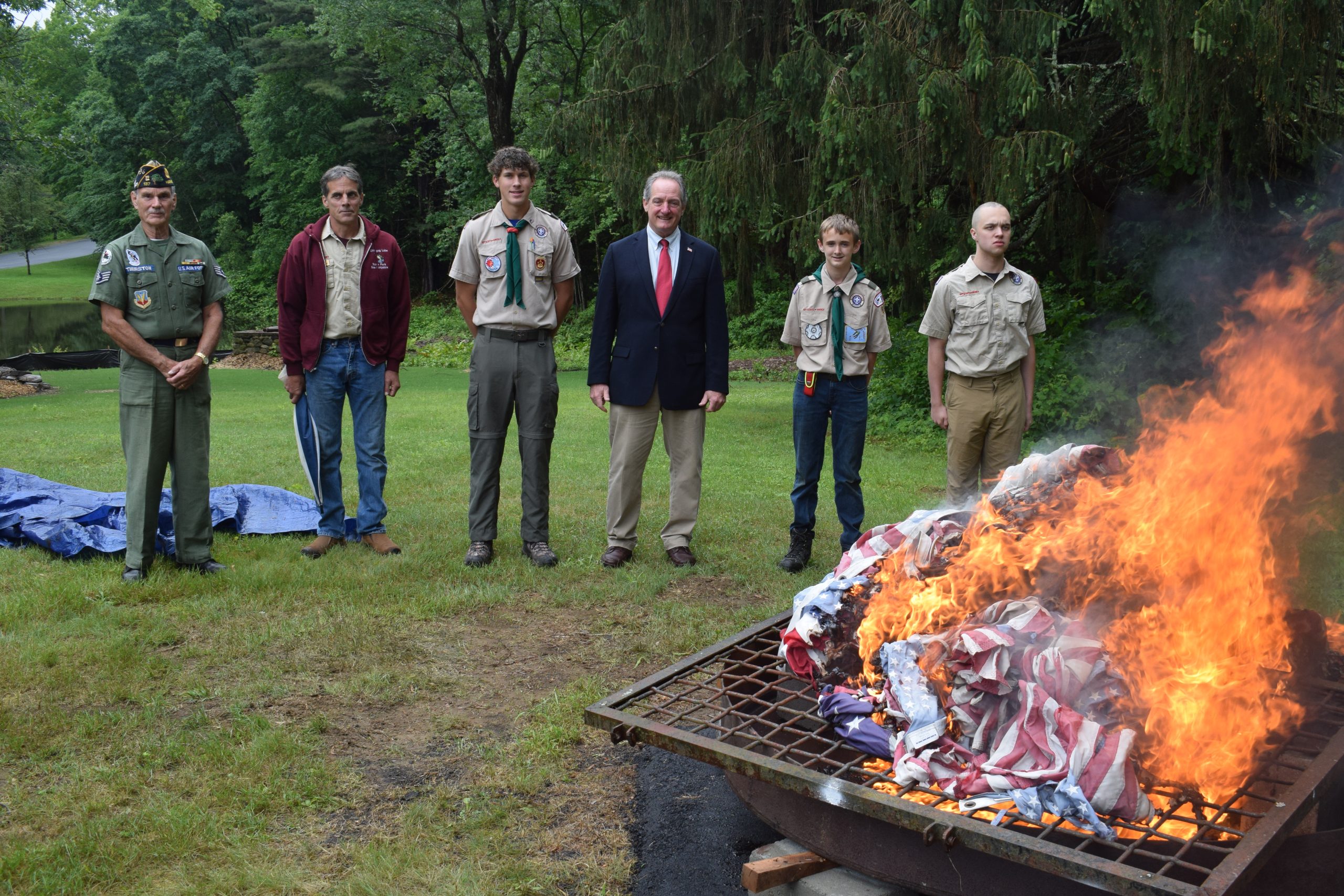 In observance of Flag Day on Monday, June 14th, State Representative John Piscopo (R-76) concluded a used and worn American Flag drive to give constituents the opportunity to properly dispose of their flags. The collection began on June 1st, with boxes stationed at the Town Halls in Thomaston, Burlington, and Harwinton, and concluded on June 11th, just before Flag Day. Four large bags of flags were collected and were disposed of with dignity according to the US Flag Code by American Legion Post 137. The flag burning ceremony was carried out with the help of the Harwinton Volunteer Fire Fighters, Boy Scout Troop 55, as well as local officials like Harwinton First Selectman Michael Criss, Gary Schaff, Dan Thurston and members of the public who attended the ceremony. 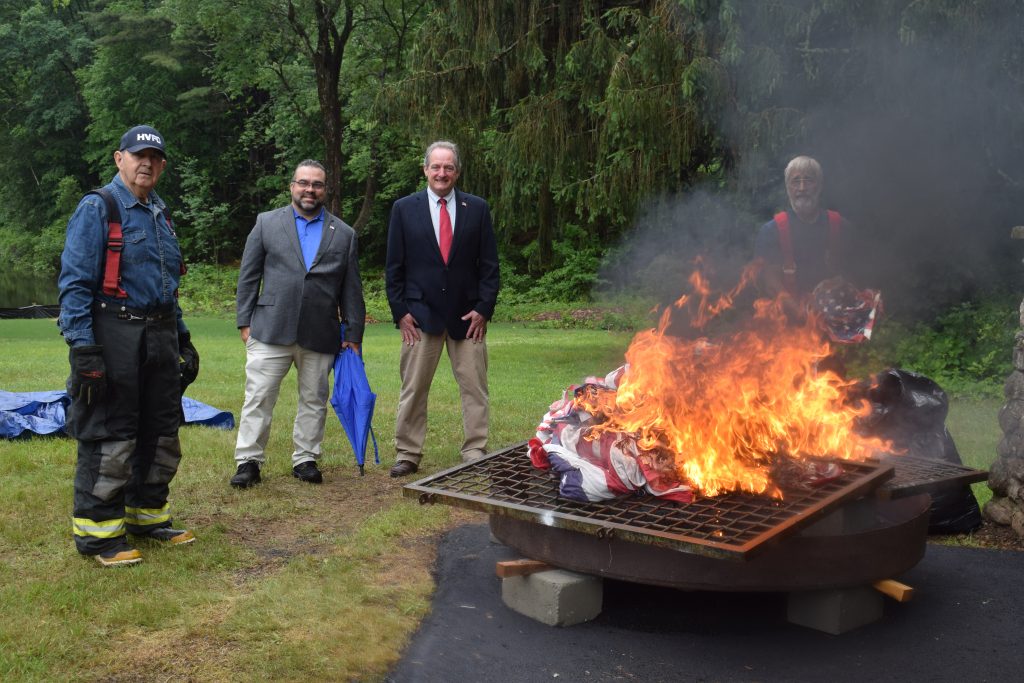 Rep. Piscopo added, “I want to thank everyone who participated in this year’s flag drive. It is an honor to host a district-wide flag drive to promote respect for our flag and those who fought for it. The American Flag is a symbol of our great nation, and this event helps remind folks of all that it symbolizes so that the meaning is never lost.”

Follow www.RepPiscopo.com and www.facebook.com/RepPiscopo for the latest updates and news from the Capitol.