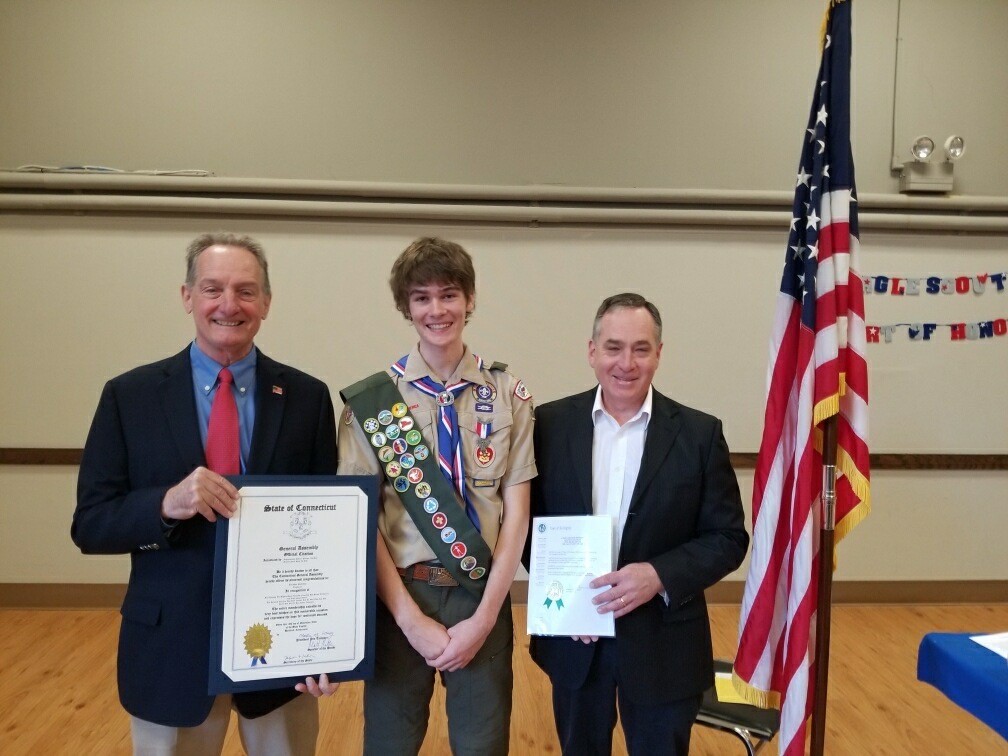 BURLINGTON – On Saturday, November 19, Burlington resident Jonathan Sullivan was recognized for earning the rank of ‘Eagle Scout,’ which is the highest achievement within the Boy Scouts of America (BSA). The ceremony was held at the Burlington Town Hall and was attended by Sullivan’s fellow Troop 23 members, family, friends, First Selectman Doug Thompson, and State Rep. John Piscopo.

“Jonathan’s dedication to his community illustrates his leadership skills. Earning the rank of Eagle Scout is a laudable venture, which only a select few Boy Scouts ever achieve. It was an honor to recognize Jonathan for his efforts and I wish him well in his future endeavors,” said Rep. Piscopo, who presented Jonathan with a congratulatory citation from the Connecticut General Assembly.

First Selectman Thompson also presented Sullivan with an official citation from the Town of Burlington in recognition of the achievement.

According to the BSA, to become an Eagle Scout, one must have achieved at least 21 merit badges, completed a large-scale community service project, and received final approval from the Eagle Scout board of review.