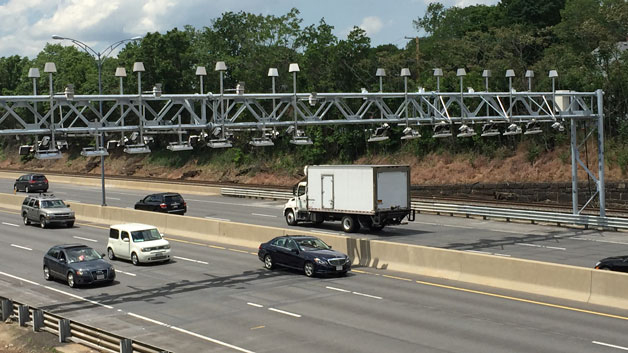 HARTFORD – Today, the Connecticut General Assembly Conservative Caucus renewed its strong opposition to highway tolls of any kind and called upon fellow legislators to pledge the same.

In recent weeks, towns across the state have been left in limbo with regard to grant money intended for local road and bridge repairs. Governor Lamont is withholding these much-needed funds from the towns in an obvious attempt to pressure legislators to support his newest transportation plan – a plan which now includes so-called “temporary tolls,” or “temporary user fees.” Like most Connecticut residents, the Conservative Caucus does not believe for a minute that tolls installed on our roads will ever be temporary, and therefore firmly rejects the concept which the governor is pitching for public relations purposes.

“The Conservative Caucus is not fooled by the governor’s newest public relations campaign and stands by its commitment to oppose tolling of any kind in Connecticut,” said State Representative Mike France (R‑42), Caucus Chair. “We will push back against any public relations campaigns attempting to sway us from that cause. The taxpayers of Connecticut are already paying one of the highest gas taxes in the country. Enough is enough.”

The word “temporary” is well-known to have a counterintuitive meaning in our state. Anyone who pays state income taxes understands that state revenue streams are rarely, if ever, temporary, no matter what the state promises. The “temporary” income tax imposed on the residents of this state over 25 years ago has grown to become the largest of all state revenue sources. Elected officials long ago dropped the charade of describing the income tax as “temporary.” “Temporary tolls” will suffer the same fate.

“It is offensive that the Governor would ever expect the hard-working people of Connecticut to believe that ‘temporary tolls’ could even exist in Connecticut,” said State Rep. Craig Fishbein (R-90), Caucus Vice Chair. “He must think we are gullible if he expects us to believe that once all the tolling gantries are built, the connectivity and infrastructure is installed, the administrative state employees are hired, and all of the private interest backing is in place – not to mention all that new toll money to spend – that the state would ever abandon and dismantle the entire system and lay off the state employees; preposterous!”