I was elected to represent you, California’s politicians were not

This year, Connecticut decided that elected representatives from California would set Connecticut’s emission standards – rather than those from Connecticut.

I was elected to represent you, California’s politicians were not.

I voted no, both in committee (video below), as well as on the floor. I said that it was irresponsible, and an improper abdication of legislative power from this state to another, without the people approving an amendment to the Constitution providing for such transfer.

Last week, California passed regulations BANNING the SALE OF GAS-POWERED CARS BY 2035. It is expected that regulations mirroring those in California will be submitted to the Regulations Review Committee for adoption in conformance with this new law.

In response thereto, House Minority Leader Vincent Candelora sent this letter on behalf of the House Republicans to Governor Lamont, asking that the process for codification here be a transparent one. 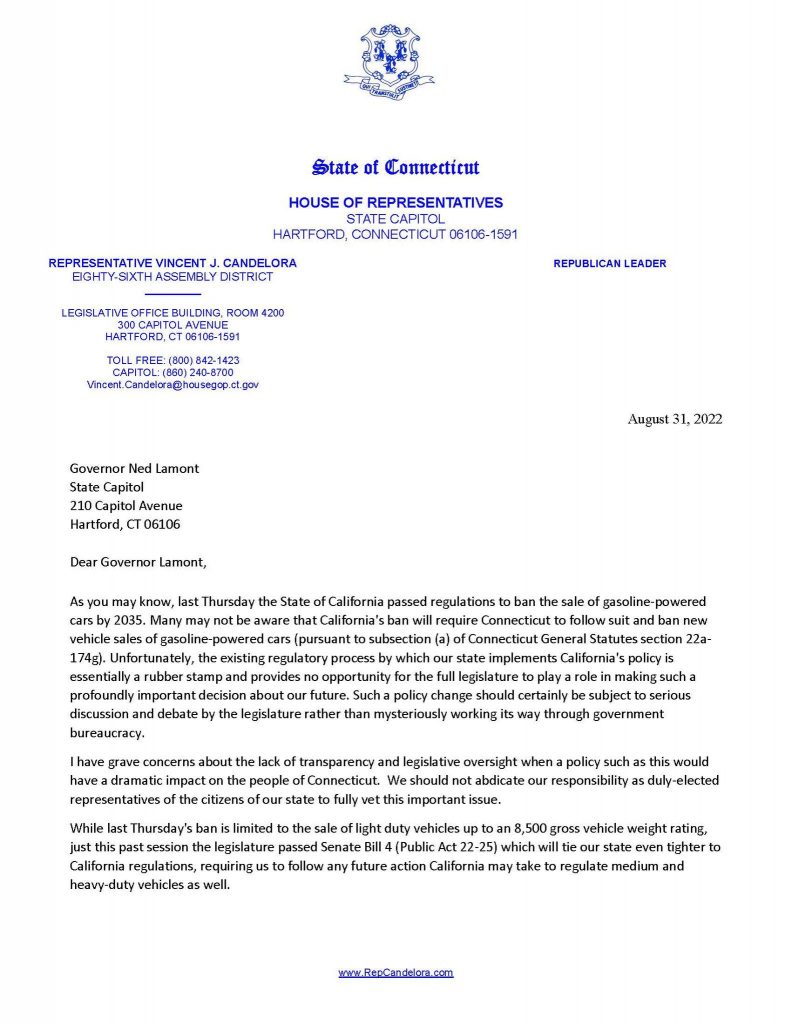 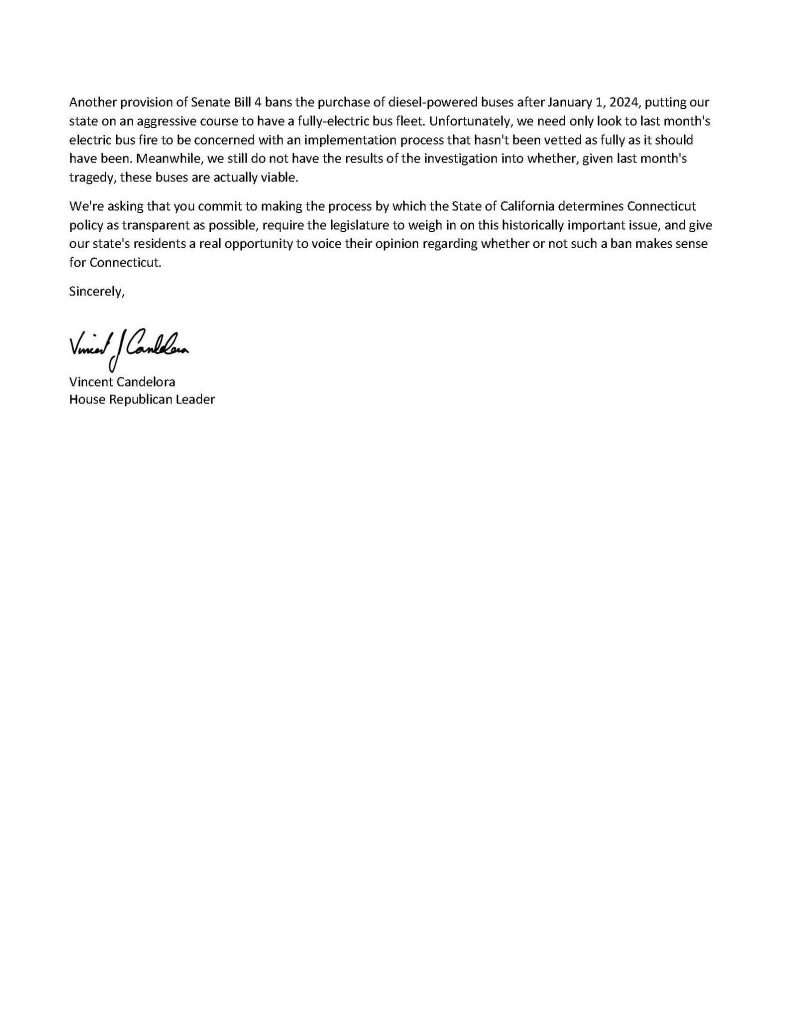