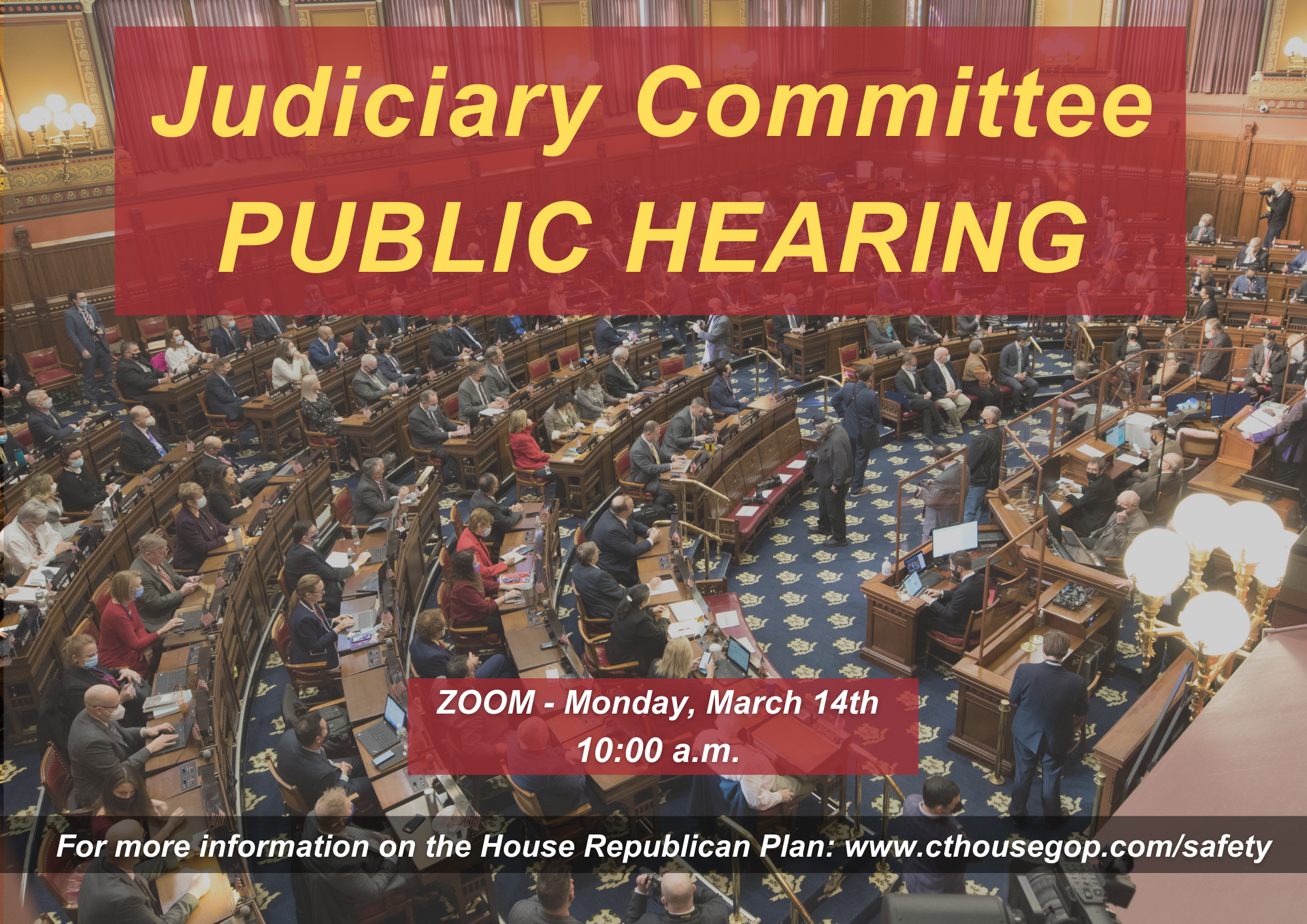 I wanted to let you know about a few bills being heard at the Judiciary Committee’s March 14, 2022 public hearing. I encourage you to have your voices heard and help put a stop to this massive government overreach designed to destroy your right to keep and bear arms.

S.B. No. 16, AN ACT ADDRESSING GUN VIOLENCE AND JUVENILE CRIME.

First, and foremost, is the governor’s new and onerous gun control bill, S.B. 16. Disguised as a crime reform measure, this bill is simply another blatant attack on the constitutional rights of the law-abiding people of Connecticut.

Bans Even More Guns!! Not satisfied banning virtually all modern sporting arms in past years, this bill would redefine firearms made before 1993, and guns which are neither rifles, pistols, or shotguns, i.e. “other guns” (currently exempt from prior bans) as “assault weapons” and ban the purchase and sale of this new category of guns by the law-abiding people of Connecticut.

Bans lawfully carrying of firearms – This bill would unconstitutionally allow law enforcement to demand to see a person’s permit to carry a firearm even without any suspicion the person committed a crime. It would also ban carrying a firearm on any public transit, in all public buildings and polling places, and at any type of gathering the government deems to be a “demonstration” (such as marches, rallies, vigils, sit-ins, protests, etc.). One can only imagine how that would be abused, and against whom.

Imposes new license requirement for gun dealers. Although gun dealers are already licensed and heavily regulated by the federal government, this bill would create an entirely new level of unnecessary bureaucracy and regulation for every legitimate firearms business in Connecticut.

H.B. No. 5415, AN ACT CONCERNING THE TRANSFER OF ASSAULT WEAPONS AND LARGE CAPACITY MAGAZINES.

My Bill Allowing the Transfer of Grandfathered Firearms and Magazines. Currently, the people of Connecticut are prohibited from acquiring any firearm the state deems an “assault weapon” or a magazine capable of holding more than ten rounds of ammunition. Those legally owned and properly declared cannot be bought or sold. My bill H.B. 5415, would allow a person who legally owns such grandfathered firearms and/or magazines to transfer them to another person who also already legally owns such firearms and/or magazines.