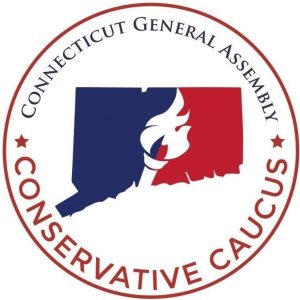 HARTFORD – The Connecticut General Assembly Conservative Caucus today voiced its strong objection to legislative Democrats or the Secretary of State permitting no-excuse absentee ballot voting in 2022, as it would explicitly violate the Connecticut Constitution. The Conservative Caucus continues to oppose the Democrats’ disingenuous declaration that public health and civil preparedness emergencies still exist in Connecticut, which the Democrats openly admit they declared simply to qualify for money from the federal government. “Compounding this deceitfulness by using COVID-19 as a continuing pretext to unconstitutionally change our voting laws would be an abhorrent afront to the rule of law,” said Rep. Gale Mastrofrancesco (R-80), Ranking Member on the Legislature’s Government Administration and Elections Committee.

Town clerks and registrars across our state did valiant work during the state-wide elections in 2020.  However, changing our election practices without proper preparation created major problems. During the 2020 Primary, an estimated 184,000 absentee ballot applications were deemed “undeliverable” by the U.S. Postal Service. Out of 2.33 million active voters, that’s almost 8% (LINK) with faulty addresses. State-wide elections are often decided by far slimmer margins. Among the absentee ballots requested and sent out, over 50,000 were never returned (LINK). Did they get lost in the mail? Were they stolen or mishandled?  This requires a thorough investigation by the Secretary of State, which she refuses to conduct.

In the 2021 municipal elections, many Democrat Town Committees around Connecticut illegally pre-filled out absentee ballot applications for thousands of voters without properly signing them to indicate that they had provided assistance. Voters heard numerous reports of disfunction in the Secretary of State’s office which gave out incorrect and confusing instructions. (LINK). We also saw a Bridgeport Councilman and landlord, Michael DeFilippo, forge the identity of his tenants, and submit fake absentee ballots for his own election. (LINK). And the SEEC is still investigating allegations of illegal absentee ballot harvesting in the 2019 Bridgeport Mayoral primary. (LINK). No-excuse absentee voting is ripe for fraud and malintent.