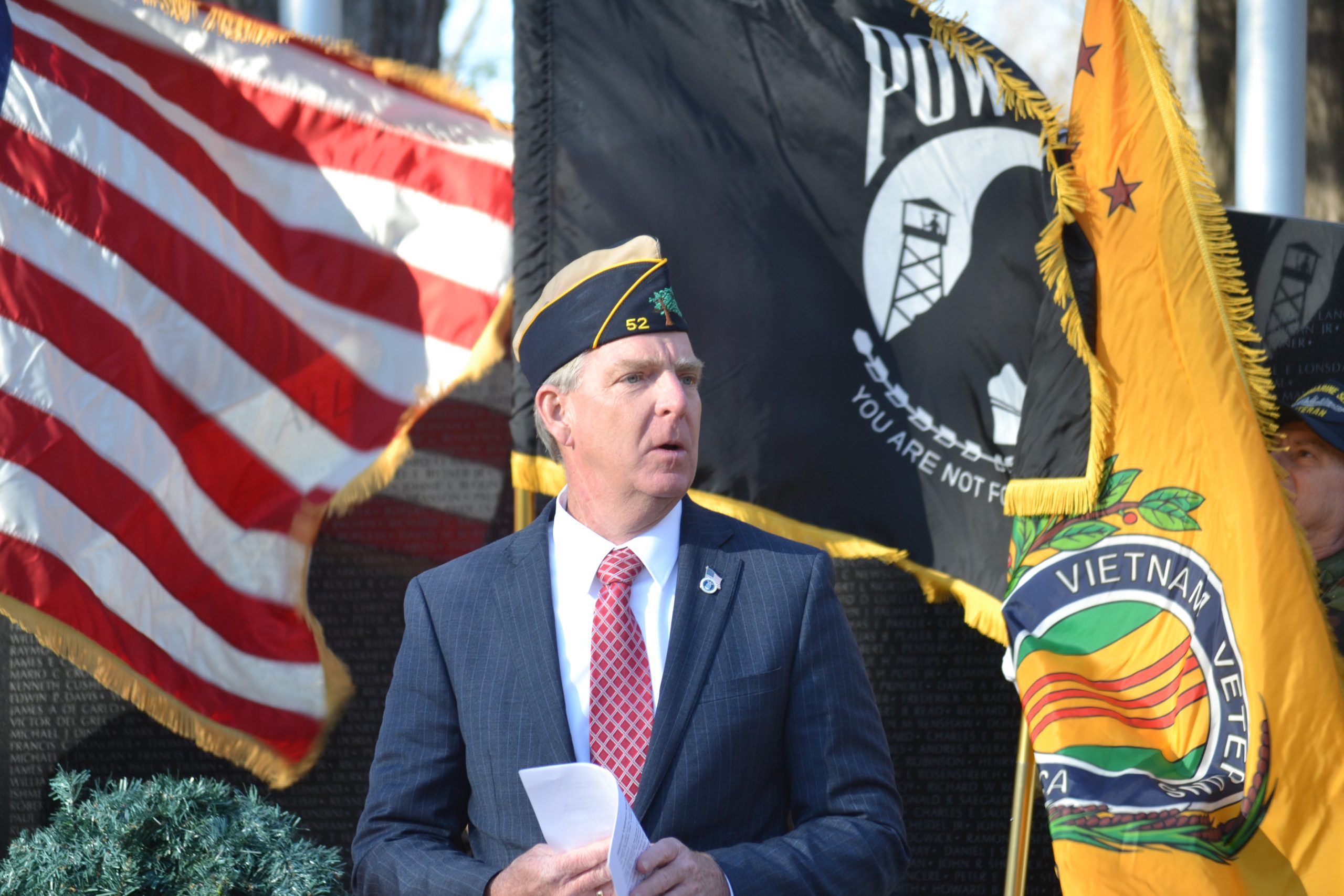 I want to start out by thanking those who put this event together for our Vietnam War Veterans and for this community.

I am honored to be here and be part of this special occasion. I would like to ask our Vietnam veterans to stand or raise your hand if you would like to be recognized.

I would also like to thank all the veterans that are in attendance.

Who does Vietnam War Commemoration Honor?

U.S. Armed Forces personnel with active duty service between November 1, 1955 to May 15, 1975, regardless of location of service which includes:

The commemoration makes no distinction between veterans who served in-county, in-theater, or were stationed elsewhere during those 20 years.

Before I read the Presidential Proclamation I would like to thank our Vietnam Veterans. As a Veteran who served just after the Vietnam War ended our Veterans and those serving were still being disrespected. Some Vietnam veterans were even turned away from joining veteran organizations. So the thanks I want to give is for your perseverance.

Many of our Vietnam Veterans have been and still are committed to making sure all veterans are treated with respect and thanked for their service.

With your efforts our service men and women serving or returning home from service are treated as the heroes all veterans are.

Whether you served in Khe Sanh, Saigon, the DMZ, outside of Vietnam with one of our allied nations or you were stationed stateside protecting our families. You all deserve thanks for serving during the Vietnam War era.

“To ensure the sacrifices of the 9 million heroes who served during this difficult chapter of our country’s history are remembered for generations to come, I signed into law the Vietnam War Veterans Recognition Act of 2017, designating March 29 of each year as National Vietnam War Veterans Day. Throughout this Commemoration of the 50th Anniversary of the Vietnam War, and every March 29 thereafter, we will honor all those who answered our Nation’s call to duty.” -President Trump

President Calvin Coolidge once said, “The nation which forgets its defenders will be itself forgotten.”

Let us never forget! God Bless You and God Bless the United States of America