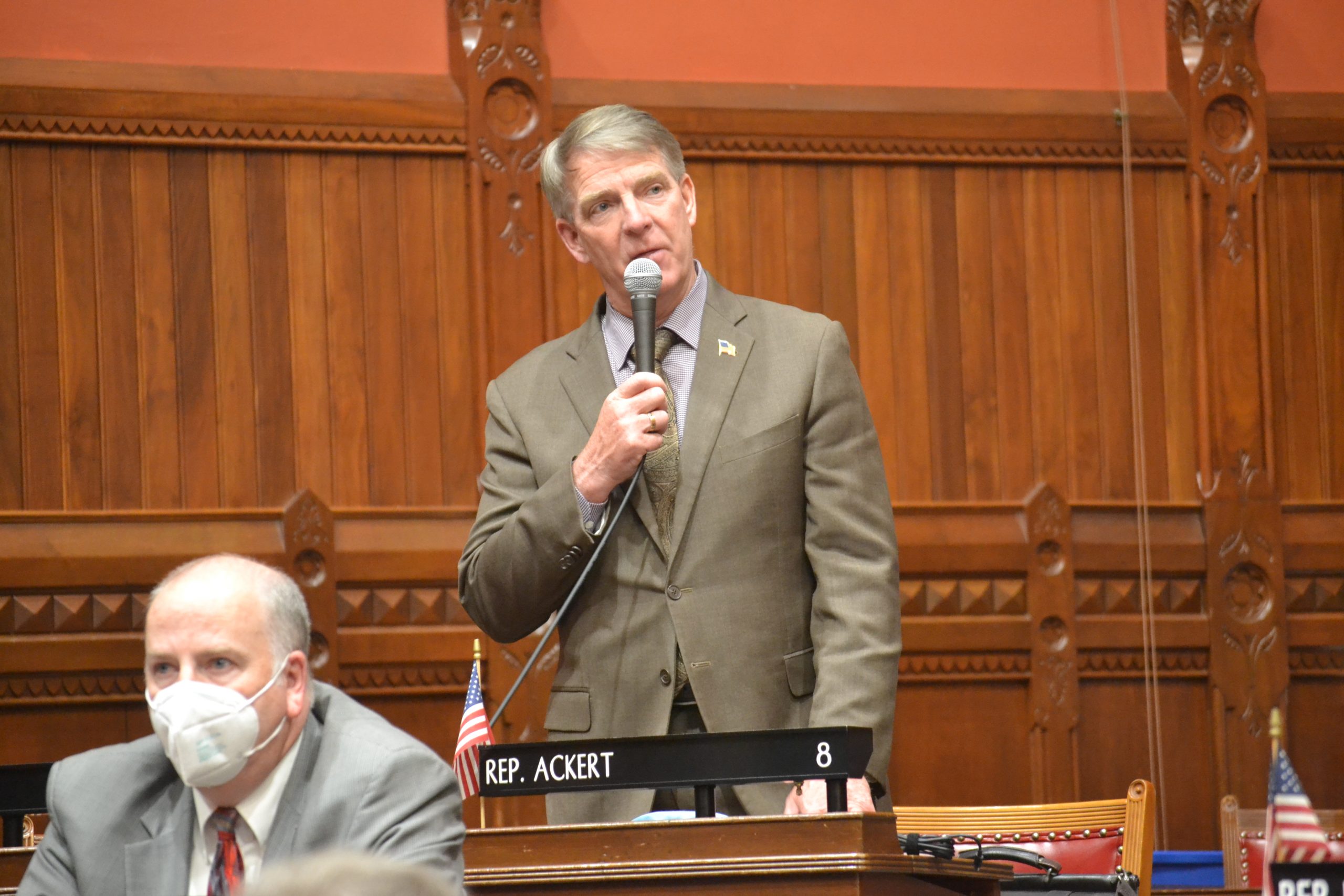 As we reach the halfway point in a session unlike any other, I wanted to provide you with an update on my activities up at the Capitol. Government works best when the people make their voices heard and I want to personally thank all of you who have called, written or otherwise contacted me over this past year. Your experiences and opinions are so valuable to the legislative process and are at the forefront of my mind as I approach every single vote.

We have heard many different proposals on a variety of issues, but only so many of them end up becoming fully fleshed-out bills that reach the House floor, let alone passed into law. Here are some proposals I can happily point to as having advocated and voted for so far during the 2021 session.

As a lifetime education advocate and staunch supporter of Connecticut’s trades, I have long fought for legislation that would make it easier for businesses to hire qualified apprentices. Despite it not gaining the support it deserved and was needed to advance from committee, I was glad to see a bipartisan group of lawmakers, as well as leaders in the electrical and HVAC trades, get behind a proposal that would have generated hundreds of jobs in this state without creating any mandates for taxpayers.

Economic Development for the Lakes Region

The Planning and Development Committee voted in support of a bill I co-introduced alongside State Representative Robin Green of Marlborough and State Senator Dan Champagne of Vernon which would allow the Bolton Lakes Sewer Authority to expand service into Coventry’s Route 44 corridor, bringing in greater economic development for the town and surrounding area. This expansion is long overdue and would greatly benefit the many seniors who live on fixed incomes and can’t afford an expensive sewer project paid for by our town alone. This bill has now been placed on the Senate Calendar for further consideration and I will be encouraging all my colleagues to vote ‘Yes’.

While we can all relate to the frustration of receiving hundreds of spam calls about our car warranty or home insurance policy, state lawmakers are especially concerned that these calls continue to target residents already on the National ‘Do Not Call’ Registry. Having personally experienced this same inconvenience, I was happy to vote for a proposal in the General Law Committee to gather more information about telemarketing practices and find out how the state can cut down on predatory calls for good.

Data privacy violations, like the massive Equifax breach in 2017, not only victimize businesses, but the millions of customers they serve. Those of us on the General Law Committee advanced another bill ensuring that Connecticut residents are promptly notified when their personal information — including passport numbers, medical information and online account information — is compromised in a data breach.

As former Ranking Member of the Energy and Technology Committee, reducing delivery costs and localizing our power grid have been long-term goals of mine. This session, I was proud to have backed an effort by fellow Eastern Connecticut lawmakers to establish a statewide utility task force to examine the role a lack of competition plays in Connecticut’s energy market, which ranks dead last in the lower 48 states in overall affordability.

As legislative committees finish their public hearings and the state’s budget begins to come into focus, now is the time to stay connected and engaged with your state government. Despite the Legislative Office Building and State Capitol remaining closed due to COVID restrictions, you deserve the same level of accountability from your government, and I’ve made every effort to respond to your inquiries and provide regular updates.

Should you need to contact me with any state issue, you can always email me at Tim.Ackert@housegop.ct.gov. You can also receive legislative updates by signing up for my email newsletter at www.RepAckert.com or by following me on Facebook at @StateRepAckert.