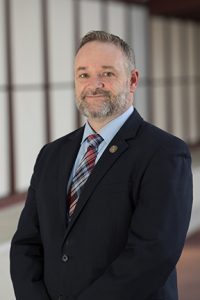 State Rep. Kurt Vail proudly represents the 52nd District of Somers and Stafford. He was re-elected to his 3rd term in November 2018. He currently serves as the Ranking Member to the Veterans’ Affairs Committee, and also serves on the legislature’s Insurance and Real Estate, and Public Safety committees.

Rep. Vail has nearly eight years of experience in the insurance industry and currently is an agent for Paradiso Insurance, located on East Main Street in downtown Stafford Springs. He is licensed in property acquisition and casualty, as well as life and health insurance.

Prior to serving in the General Assembly, Rep. Vail was a member of the Stafford School Board, and Stafford’s Downtown Revitalization Committee along with its Recreation Commission. Additionally, he has been active in mentoring and coaching youth sports, including the Stafford High School team from 1998 to 2000. Rep. Vail has also served on the Stafford Youth Football board since 2006, and was president of the board from 2007 to 2009.

Rep. Vail crafted his campaign on his understanding of the proper function of state government. He supported several measures in his first term that promote smart spending and streamlined cost-saving policies packaged within the Republican “Pathway to Prosperity,” which is a five-year blueprint of how to get the state back to fiscal stability.

In his first term, Rep. Vail also focused on issues impacting the district, including a brownfield remediation package to rectify the blighted Somersville Mill. To add an additional level of public safety, Rep. Vail engaged with members of the community in order to combat the rising opioid addiction crisis by meeting with Somers and Stafford police authorities, hospital administrators, and emergency services first responders. He went on to co-sponsor legislation that created a mechanism for the community’s first responders to gain easier access to drug-overdose reversal medication.

Rep. Vail is a proud father of his four children: Hannah,  Noah, Sarah, and Vivian.