“The Bond Commission met this week but once again did not include funds for the Valley Regional Fire School which has been continually underfunded despite numerous promises over the years, including by the current governor,” Rep. Klarides-Ditria said. “For more than twenty years this important community safety training facility has been used as a campaign football that gets tossed away as soon as the election is over. With the need for experienced and properly trained firefighters more now than ever, it’s imperative this get done.”

“At a time when many components of State Government have been running at half capacity under the strain of the pandemic, it is essential that we keep our safety infrastructure strong and resilient,” the legislators wrote in the letter.

“Public safety must always be a priority of government. Supporting the Valley Fire Training School is important to ensure we have accessible training for the first responders who serve and protect everyone across the Valley,” Sen. Kelly said.

“It’s simple: write the check,” Rep. McGorty said. “The full funding of the Valley Regional Fire School is an issue of public safety and now, for two decades, politics has gotten in the way. The services provided by the VRFS are essential and ensure that communities which cannot afford a paid fire department are well-served by dedicated volunteers. Residents throughout the Valley and in the 122nd District cannot afford for the Bond Commission to delay this any longer.”

“At a time when many municipalities rely on volunteers, we should be supporting this project,” Rep. Harrison said. “Without this school, the local fire departments struggle to recruit and retain volunteers as they do not have a local school to offer the needed training. We cannot expect volunteers to travel over an hour one-way to attend classes. This project is long overdue. The Governor promised to get this done.”

“At a time when we’re hearing of all of the projects that received the state’s support through bond funding, I’m dismayed that the Valley Regional Fire School did not make the cut, despite the Governors past overtures of support,’ Senator Berthel said. “This is a facility where our community’s firefighters get training to go out and save lives.  With the original construction bid issued nearly a decade ago, it is time for the Governor to make this a priority as promised.“

Citing promises made during the 2018 gubernatorial campaign and the incredible statewide need for highly trained first responders and firefighters, the Valley delegation and area legislators implored the governor to place the school on the next agenda.

“Not placing this project on the Bond Agenda and allowing this project and the original bid for construction which was issued in 2013 to essentially “die on the vine” will cost the taxpayers millions. Decisions like this will not only cost our state more in the long run, but also puts our residents and firefighters at greater risk. We are calling on you to make good on your promise to fund the Valley Regional Fire School by placing it on the next Bond Agenda,” they wrote. 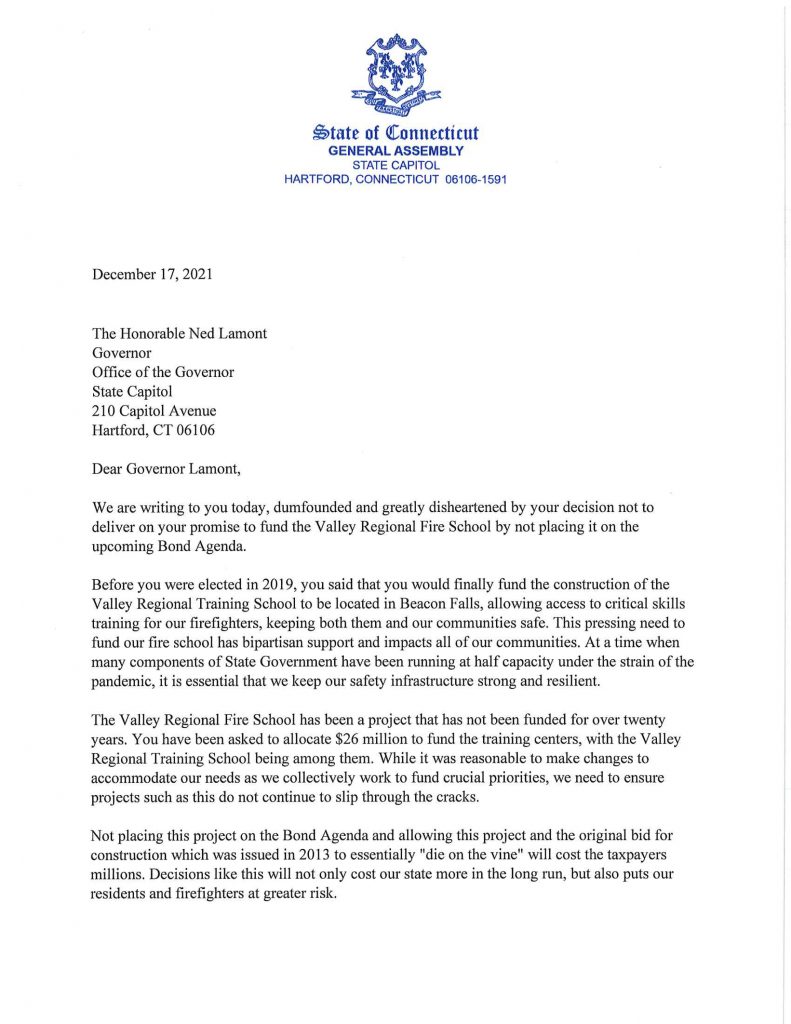 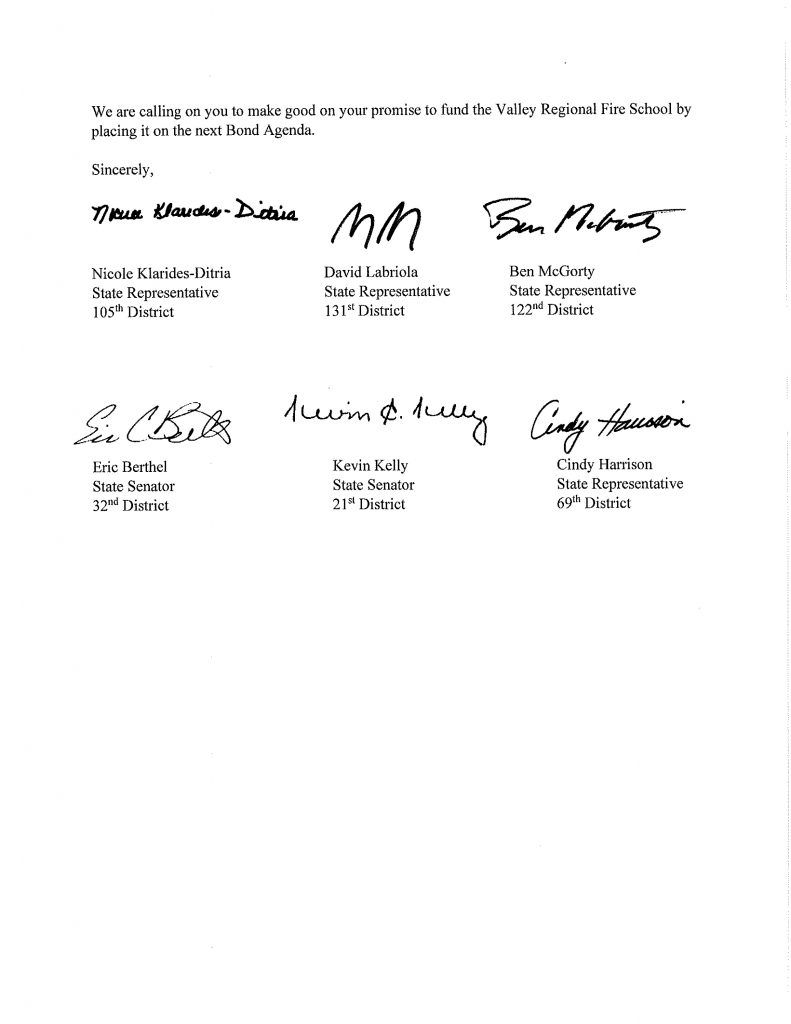