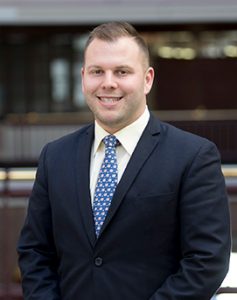 State Representative Joe Polletta proudly serves the 68th General Assembly District representing Watertown, Oakville and Woodbury. A lifelong resident of Oakville, and a local small business owner, Rep. Polletta was elected to his first term in 2017 following a special election that saw him secure more than 70 percent of the vote. He was reelected to serve a third term in November, 2020.

During his first full session, Rep. Polletta earned a perfect one-hundred-percent voting record for the 2018 regular and veto legislative sessions.

Rep. Polletta has also been a strong advocate for re-purposing the former Sealy Mattress factory property in Oakville, and testified in favor of HB 5183 – An Act Requiring a Study of the Planning, Development and Financing of Municipal Entertainment Districts – which would facilitate the possible creation of entertainment, or “renaissance districts,” in downtown areas where multiple arts and cultural sites are present, including Watertown.

Representative Polletta attended local schools, earned a political science degree from Fairfield University and currently serves as a member of the Watertown Town Council where he is focused on issues such as economic development, blight and the maintenance of town facilities.

He has worked as a local baseball coach and is active with both Crimestoppers and the Cercemaggiore Community Club.