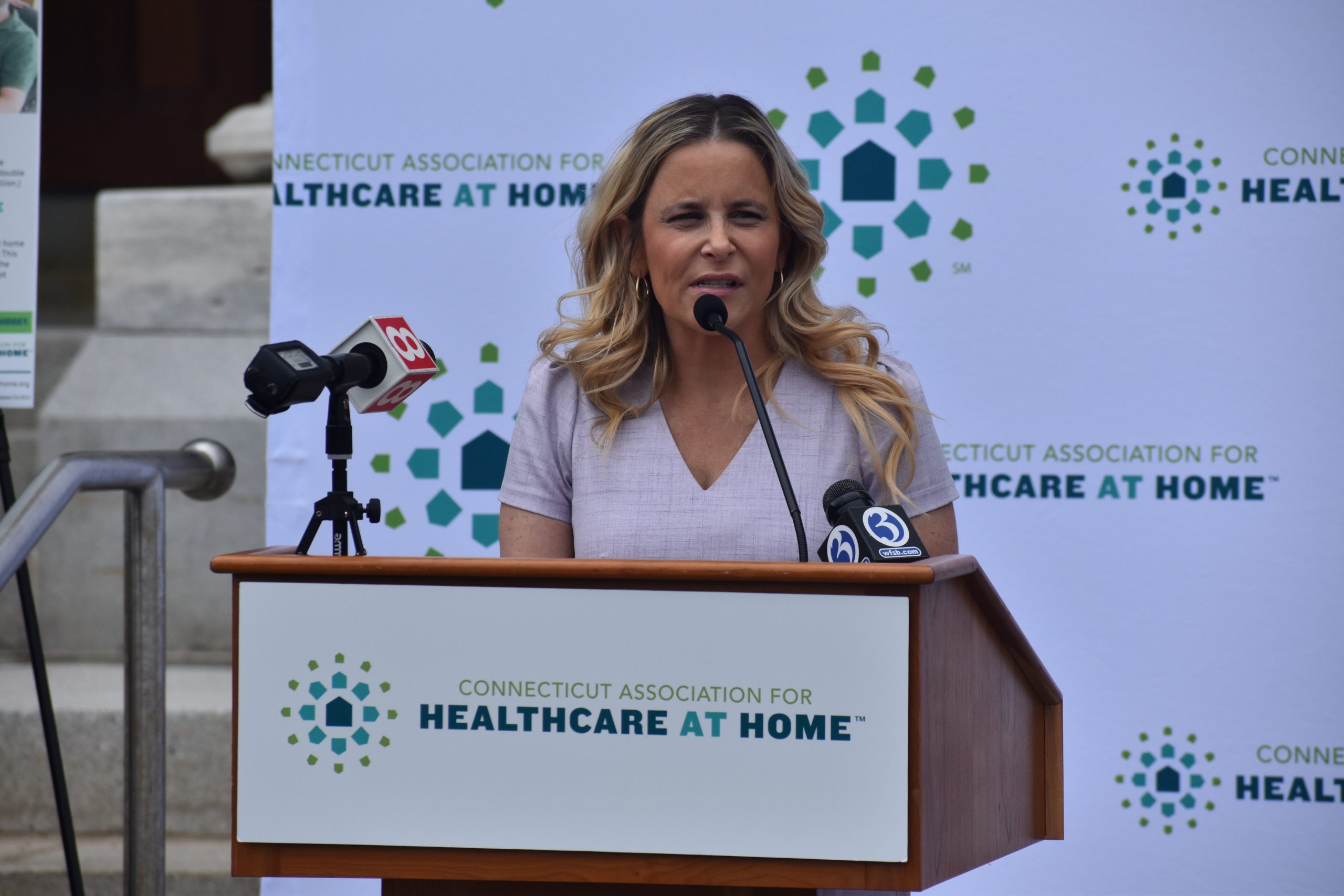 HARTFORD – At a press conference held at the State Capitol Thursday, State Representative Cara Pavalock-D’Amato (R-77) joined the Connecticut Association for Healthcare at Home in their request for additional funding through the federal government’s American Rescue Plan.

According to the association, the rate increases for Homemaker-Companion Agencies (HCAs) over the last two years does not meet the funding necessary to cover the minimum wage requirements and as a result, caregivers are leaving these positions for other “less stressful jobs.”

“Within the upcoming weeks, thousands of our seniors who receive non-medical and non-emergency home care services through agencies such as M & R Homecare in Bristol and many others will face an imminent cut if something isn’t done to assist them immediately,” Rep. Pavalock-D’Amato said.

Earlier this week, the Connecticut association submitted a letter to the Office of Policy and Management and Department of Social Services Commissioner outlining the steps necessary to avoid a collapse in healthcare delivery. Per this letter, they’re seeking a lump sum payment equal to 20% of the available Medicaid’s Federal Medical Assistance Percentage (FMAP), a reimbursement rate used for the federal share of most Medicaid expenditures, which they estimate is equal to $40 million.

“Keeping seniors in their homes saved the state $500 million last year and the failure to increase reimbursement rates in order to keep up with rising costs will force many of them into far more expensive institutional care,” Rep. Pavalock-D’Amato said. “The needs and services offered to our seniors are constantly being targeted budgetarily and we need to say enough is enough.”