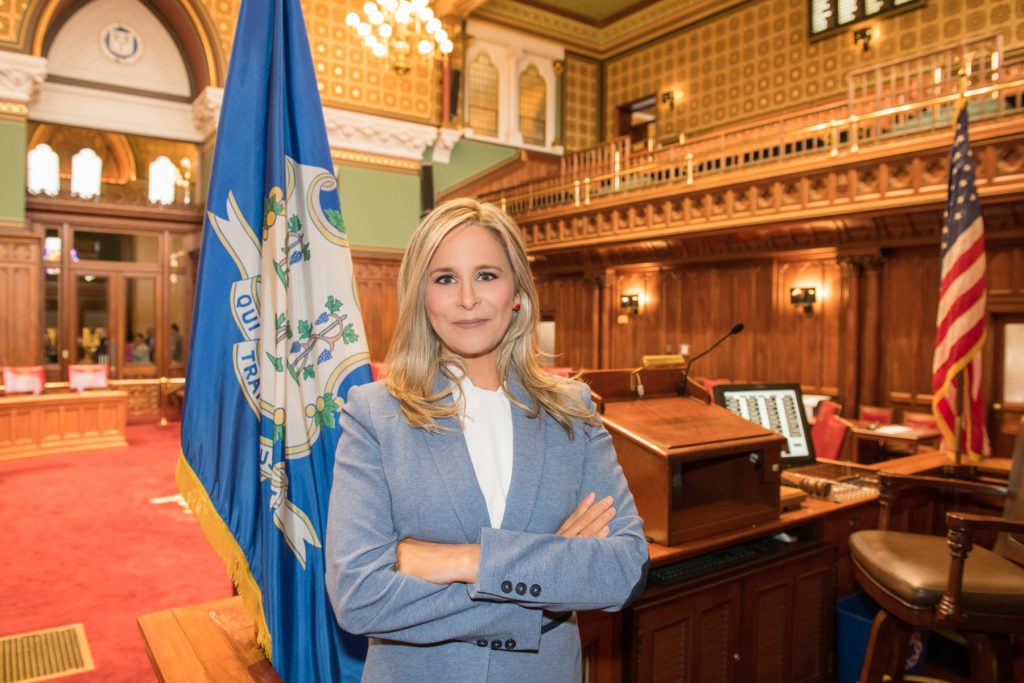 Cara Pavalock-D’Amato was reelected for a fourth term in November 2020 and proudly represents the 77th General Assembly District covering the town of Bristol.

She will also be serving for the second consecutive session on the Appropriations Committee and her first with the Judiciary Committee.

Rep. Pavalock-D’Amato is a member of both the Connecticut bar and the Florida bar and is a solo practitioner in Bristol where she practices family law, bankruptcy and foreclosure defense. She also an active board member of the Tunxis Community College Foundation which helps provide scholarships to high school students. Cara and her husband Anthony D’Amato became first-time parents with the birth of their son Leo in 2018.