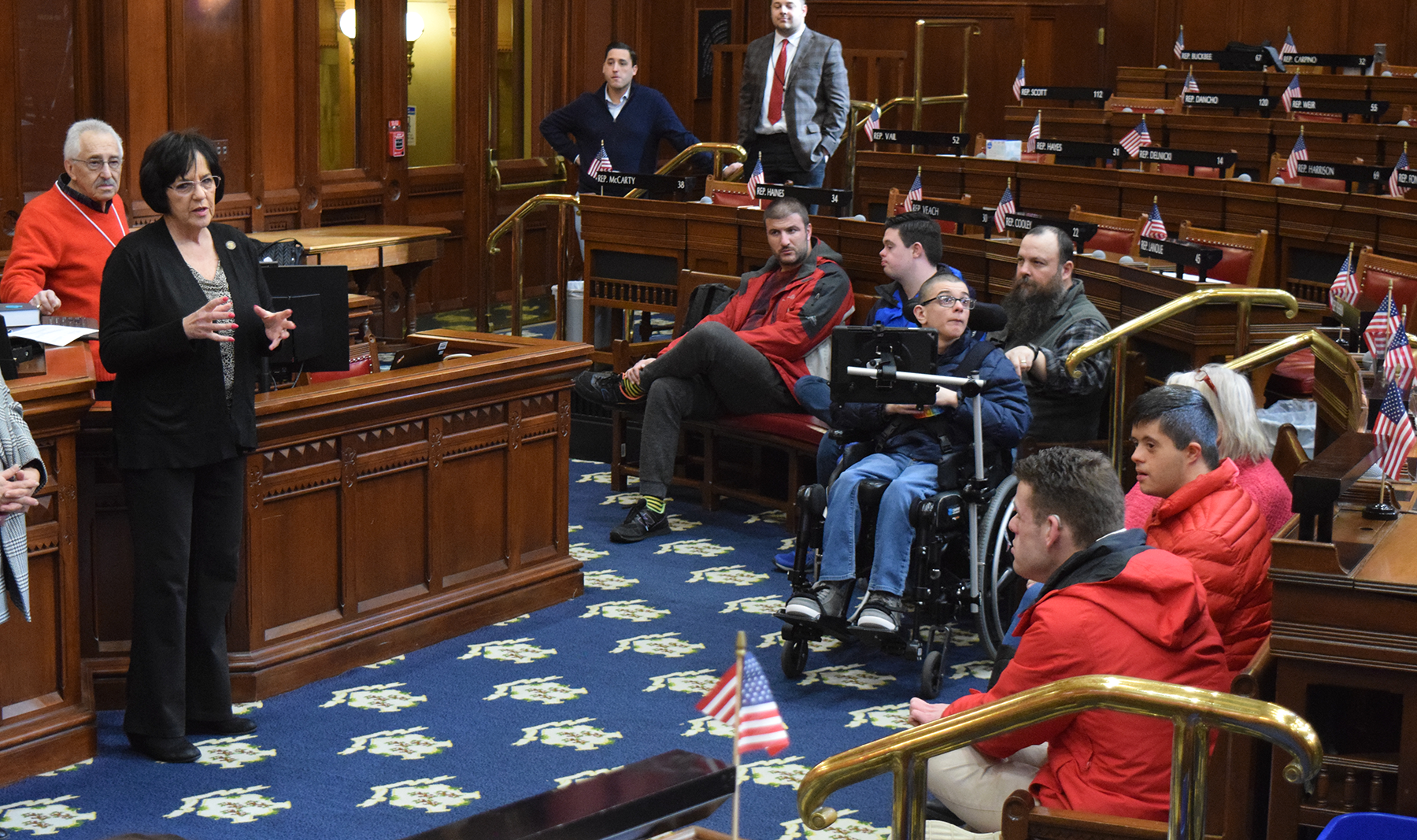 HARTFORD – Rep. Gale Mastrofrancesco, R-80th, welcomed students from the Southington STELLAR program to the Capitol on Monday as they toured the Capitol to learn about the legislative process. 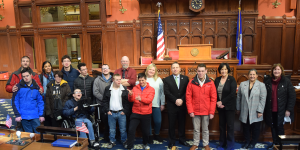 The STELLAR program is a community-based transitional program for students with developmental disabilities. Rep. Francis Cooley, Rep. Donna Veach and Sen. Rob Sampson also joined to speak with the students about their experiences as lawmakers.

END_OF_DOCUMENT_TOKEN_TO_BE_REPLACED 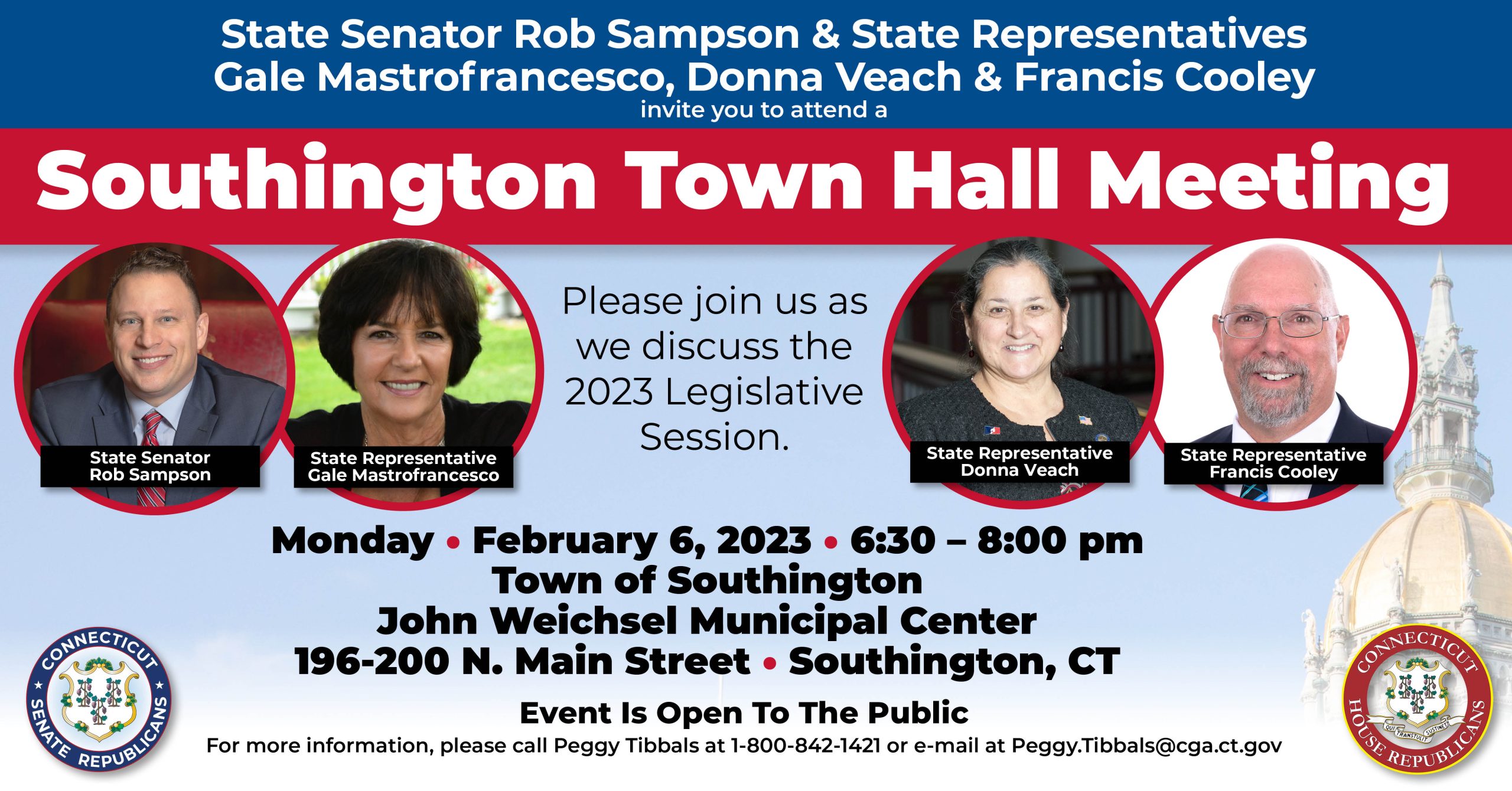 SOUTHINGTON – State Sen. Rob Sampson (R-16); and State Reps. Gale Mastrofrancesco (R-80), Francis Cooley (R-22) and Donna Veach (R-30), are inviting the public to join them in Southington on Feb. 6 for a town hall meeting to discuss the 2023 Legislative Session. Members of the public are encouraged to attend to ask questions and provide their thoughts to the lawmakers.

END_OF_DOCUMENT_TOKEN_TO_BE_REPLACED

Rep. Mastrofrancesco is Sworn In as 2023 Legislative Session Begins 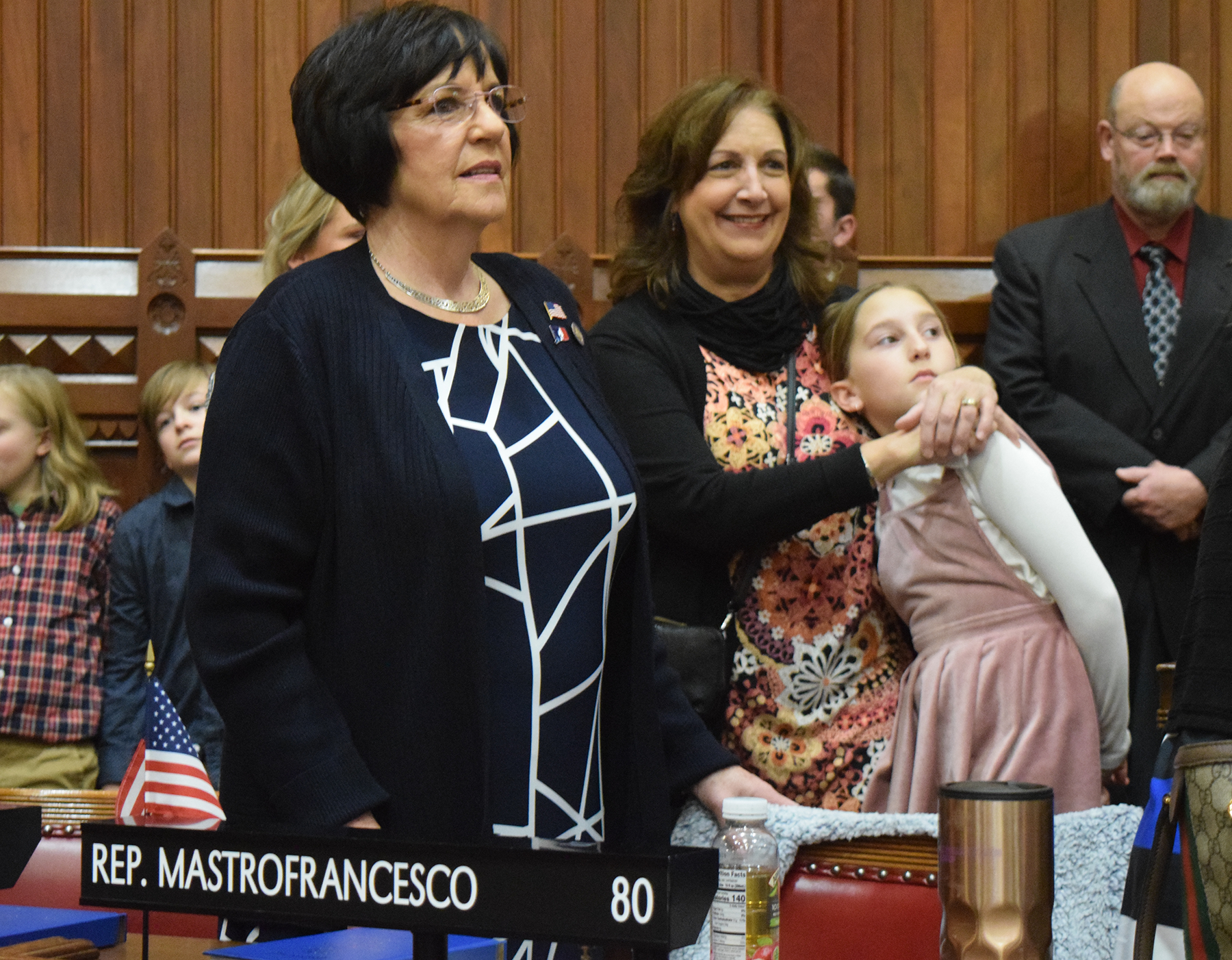 HARTFORD – Rep. Gale Mastrofrancesco, R-Wolcott, was sworn in to represent the 80th House District on Wednesday during a ceremony that was attended by her family members.

In addition to serving as Ranking Member of the General Assembly’s Government Administration and Elections Committee, she will also serve on the committees for Children and Human Services.

“The Capitol had been closed for almost two years and Republicans had repeatedly called for it to be reopened to all citizens. Today, the Capitol…