Klarides released a statement following the announcement from Gov. Lamont that both initiatives would be abruptly scrapped:

“The Dalio partnership and the reopen Connecticut panel were both established without any public scrutiny or oversight and operated without any transparency. Ultimately,…

END_OF_DOCUMENT_TOKEN_TO_BE_REPLACED 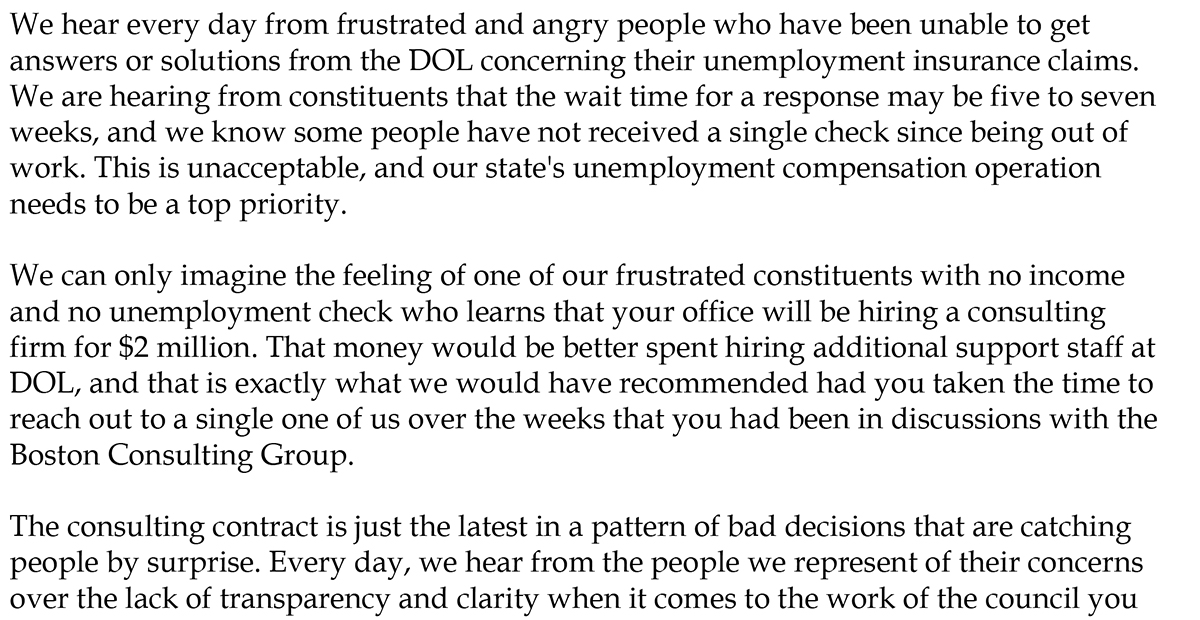 Members of the House Republican caucus on Friday sent a letter to Governor Lamont to call for greater transparency and collaboration in the state’s continuing response to the COVID-19 pandemic. The letter is below, and you can download a copy here.

It has been two months since the shutdown of the State Capitol that effectively ended the regular legislative session. However, that did not end our roles as elected representatives. In fact, our members and staff are…

END_OF_DOCUMENT_TOKEN_TO_BE_REPLACED

“The lack of transparency and blatant disregard for any public input or comment about critical government functions – the safety and health policies
that must guide us in the coming months – is appalling. The people who run the businesses and are the backbone of our economy are the first people we should talk to, not out-of-state consultants who will earn millions telling us how to run our lives.