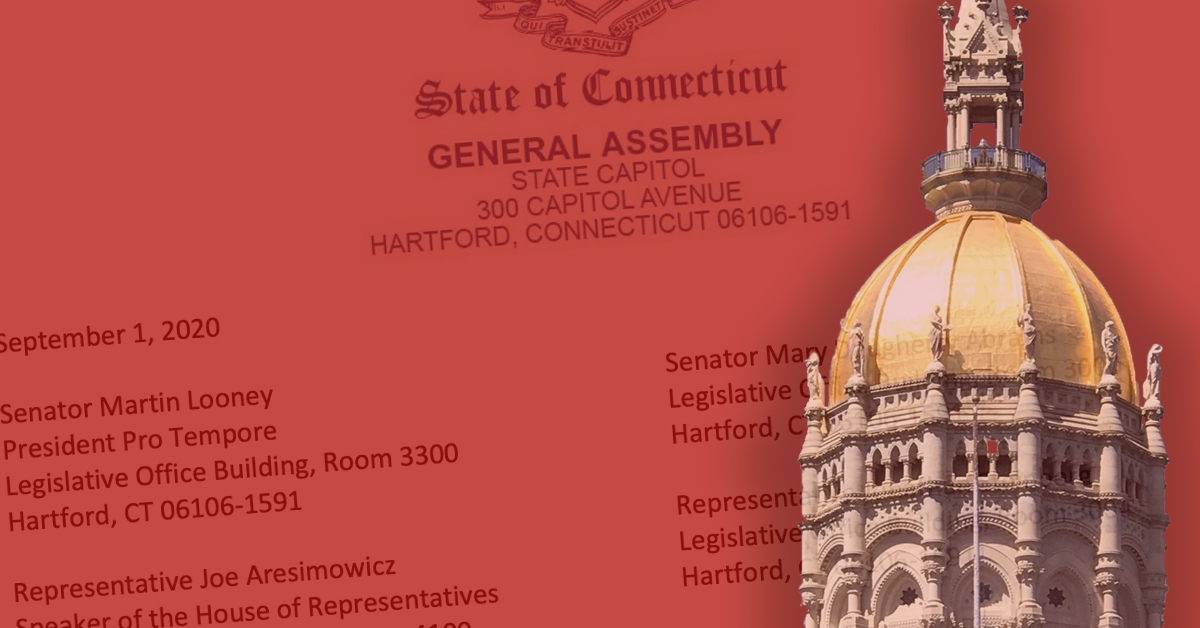 HARTFORD — House Republican Leader Themis Klarides and Senate Republican Leader Len Fasano on Tuesday called on leading Democrats to reject the full extension of Governor Lamont’s emergency powers that come without checks and balances. The legislature’s leading Republicans wrote to their majority party counterparts as well as Democrats who lead the legislature’s Public Health Committee. Read the letter here or below.

Governor Lamont has indicated his intention to file his request to extend his Emergency Public Health and Civil Preparedness Declarations, seeking to extend his powers in full  for another five months. The respective committees have the ability to hold a meeting on both requests. Absent a meeting on both declarations, the record will not historically reflect the accurate atmosphere among legislative leaders, as the requests would be deemed granted. It is important to have a meeting to memorialize the various
positions regarding these two requests.

Republican legislative leaders and our respective caucuses have grave concerns over the extension of unilateral power to the executive branch and the full and total exclusion of the legislative arm of the government. We believe that the power must be given back to the elected representatives who have been elected by the people to act legislatively. Whether Governor Lamont did a good job or not is not what is in question. This is about protecting the operation of equal branches of government in which the people’s voices are heard through their representatives. To achieve that end, we need to reject the full extension of the Governor’s emergency powers without any additional checks and balances.

We believe that if the Governor is going to extend the public health emergency declaration we also need to give the power back to the people and create a better process that brings the voices of the public into a process that they have been completely shut out of. That is why we are urging the Governor to grant the committee the ability to appeal or reject any executive order within 72 hours of its issuance.

We urge the committees to demand that this additional level of protection and ability for the public to have a voice in the process be included in any effort to extend the Governor’s emergency powers. We must ensure proper checks and balances are in place so that no single branch of government holds unfettered power.

We have learned much in the last six months. Given these lessons, the committee should not grant unilateral authority to one individual without also improving the way the public is heard in this process.