HARTFORD –  Connecticut House and Senate Republicans on Sept. 12 joined together to release a revised two-year state budget proposal with no new taxes that would put a stop to the governor’s executive order, restore funding for education and core social services, and provide stability for towns and cities. 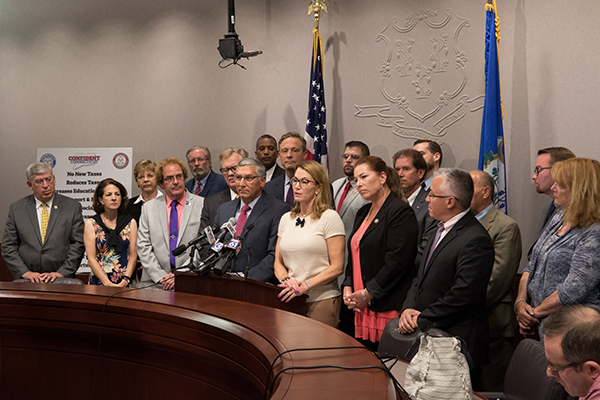 The revised budget includes no tax increases and rejects the governor’s proposal to shift teacher pension costs onto towns and cities that would further burden municipalities and lead to increased property taxes. The Republican budget proposal combines elements of the Senate and House Republicans’ multiple prior budget proposals, feedback from Democrats, and factors in the legislature’s passage of the state employee labor concessions deal that is now law. The original Republican budget was first released in April and updated throughout the year as the state’s financial situation changed. 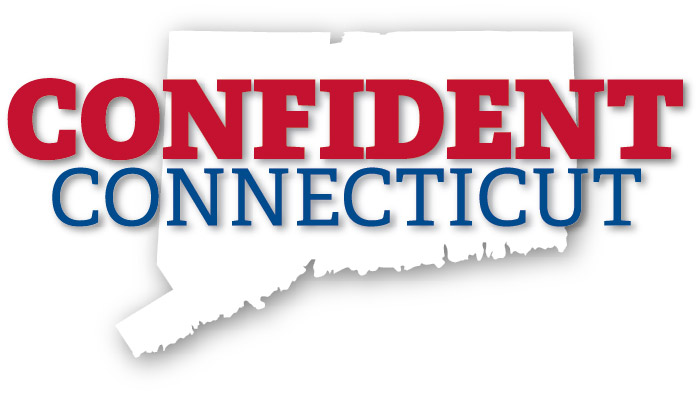 “Connecticut is at a crossroads and we are facing one of the greatest financial challenges our state has ever seen. In this time of hardship, it is imperative that we send a clear message to the people of Connecticut that we are moving our state in a new direction. We cannot do that with a budget that increases taxes by nearly $1 billion and continues the same policies that have failed our state in the past. We have to rebuild people’s confidence in Connecticut by sending a strong message that we are pursuing change,” said Senate Republican President Pro Tempore Len Fasano (R-North Haven) and House Republican Leader Themis Klarides (R-Derby). “Connecticut Republicans are once again offering a complete, balanced budget proposal that does exactly that. We are offering structural changes to achieve savings in the long term. We are prioritizing funding for the core functions of government, education, transportation and services for individuals with disabilities. We are fairly funding education with a real formula that factors in population, poverty, and need. We are creating stability and predictability for our cities and towns. And we are doing all this by making strategic reductions in the size of government, not by increasing revenue with new taxes on the backs of working and middle class families or our state’s healthcare providers.”

“Republicans have once again demonstrated that the state’s multi-billion dollar deficit, caused by runaway spending and high taxes that stymied economic growth, can be eliminated without raising taxes or gutting social services for the needy. While the SEBAC deal further tied the hands of lawmakers and took many long-term structural changes off the table, there are still steps we can take today to rein in costs, reduce future spending, and create an environment that promotes economic growth and opportunity for all people. That is what this budget proposal seeks to do. Budgeting is about priorities and the Republican budget prioritizes the core functions of government, makes tough choices to reduce spending, and avoids increasing taxes – a strategy that has only created bigger deficits over the last six years.”

“We believe it is in our state’s best interest for lawmakers to come together and pass a bipartisan budget, which is why we have worked for months to try to negotiate a deal with Democrats that truly moves our state forward. But Democrat legislators made it clear they would rather work with Gov. Malloy than their Republican colleagues and pass a budget that relies on the same policies that have failed our state in the past,” the Republican leaders added.

“Republicans want a bipartisan solution, but we cannot vote for something that will only bring us right back into deficit in a few months time. Unfortunately that is the path Democrats are choosing to pursue. They have rejected our proposals to implement long needed structural changes such as an enforceable state spending cap and effective bond cap. Nevertheless it is our responsibility to continue working until the very end and pushing for the policies that we were elected to fight for. That’s why we are yet again offering our ideas in a complete budget and a better path for the people of our state that we hope Democrat rank and file lawmakers will see the value in.”

The budget proposal from Republicans:

Increases Education Funding
Increases education funding and includes a new ECS formula to fairly distribute aid as well as a council to analyze and make any necessary changes to the new formula within the next year.

Supports Seniors
Lowers taxes for retirees by eliminating tax on social security for middle class families and phases out pension income tax for those with incomes below a specified threshold. Helps seniors age in place by restoring and increasing funding for core programs and supports such as Meals on Wheels, the personal needs allowance, non ADA dial a ride, and the CT Home Care Program.

Reduces Size of Government
Implements 10% reductions to certain agency accounts, overtime savings of 10%, a hiring freeze on non-24-hour non-union positions, and makes cuts to the legislature such as reducing the number of legislative committees.

An archive of our comments on the budget: