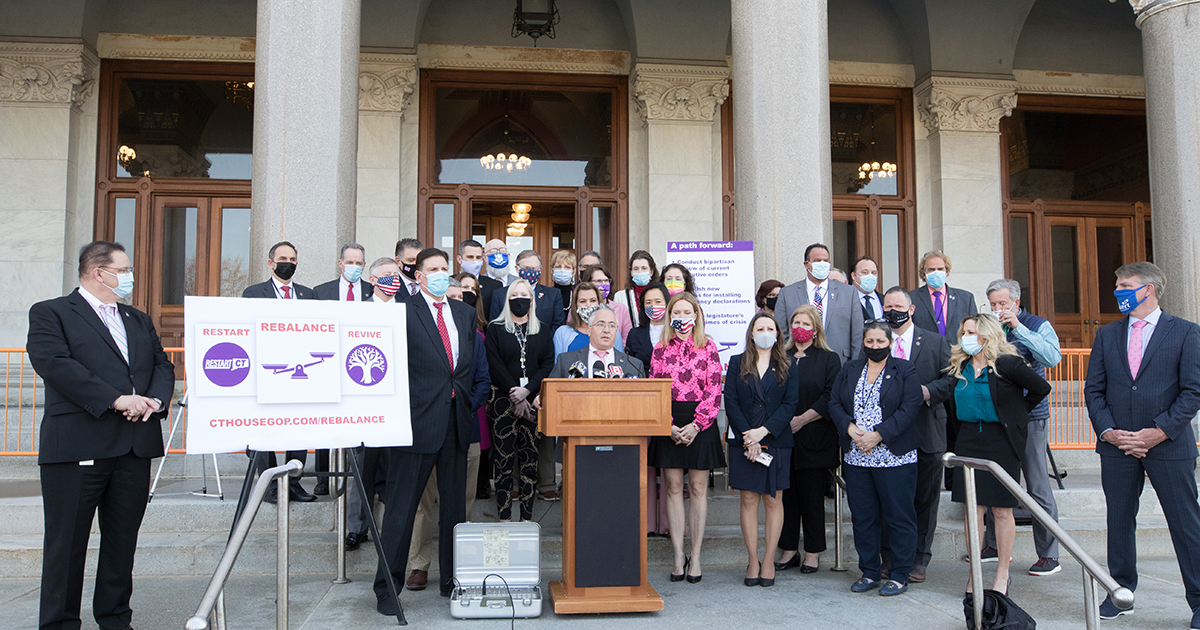 HARTFORD – House Republicans today proposed limitations on the governor’s authority to wield executive powers to run the state during the pandemic, including requiring votes in the legislature to extend emergency powers and a thorough review of all current executive orders as they apply to the COVID-19 crisis.

A year after the state was essentially shut down because of the virus that has produced more than 300,000 positive cases, Democrats are still content to leave the management of Connecticut’s economy, healthcare systems, education and daily life solely to Gov. Lamont without any checks or balances imposed by elected lawmakers, Republicans said.

“We have heard from business owners, parents, and workers who continue to suffer,’’ House Republican Leader Vincent Candelora of North Branford said. “They question the reasoning and motives behind some of these policies that have been handed down by the governor without any input from the public. These voices that have gone largely silent during this health crisis need to be heard and that can happen beginning today if we make some changes to how Connecticut is managed.’’

He added, “We have been called extremists, and science deniers. House Republicans stand here today to show otherwise – to show a pathway out of this sluggish terrain where the legislature continues to hide from the reality of this pandemic.’’

The Republican proposal would require that leaders from both parties in the House and Senate, in consultation with the governor, undertake a thorough review of all the outstanding executive orders that Lamont has put in place over the last year. The sweeping powers expire April 20 and the Republicans would extend them only to May 1. Between now and then, the Republican plan calls for the leaders to report back to both chambers by April 15 on their findings regarding the current executive orders. Votes in both chambers must take place by April 21 in order to extend or ratify new orders under the GOP legislation.

“It is long overdue that the legislature, a co-equal branch of government, assert its authority and discharge the responsibilities voters invested in us all,’’ Candelora said. “We can move our state forward in a safe, reasonable manner that balances public safety and health issues against the needs and concerns of all of Connecticut citizens. These decisions should not be up to one person.’’

[VIEW DETAILS ABOUT OUR PROPOSAL]