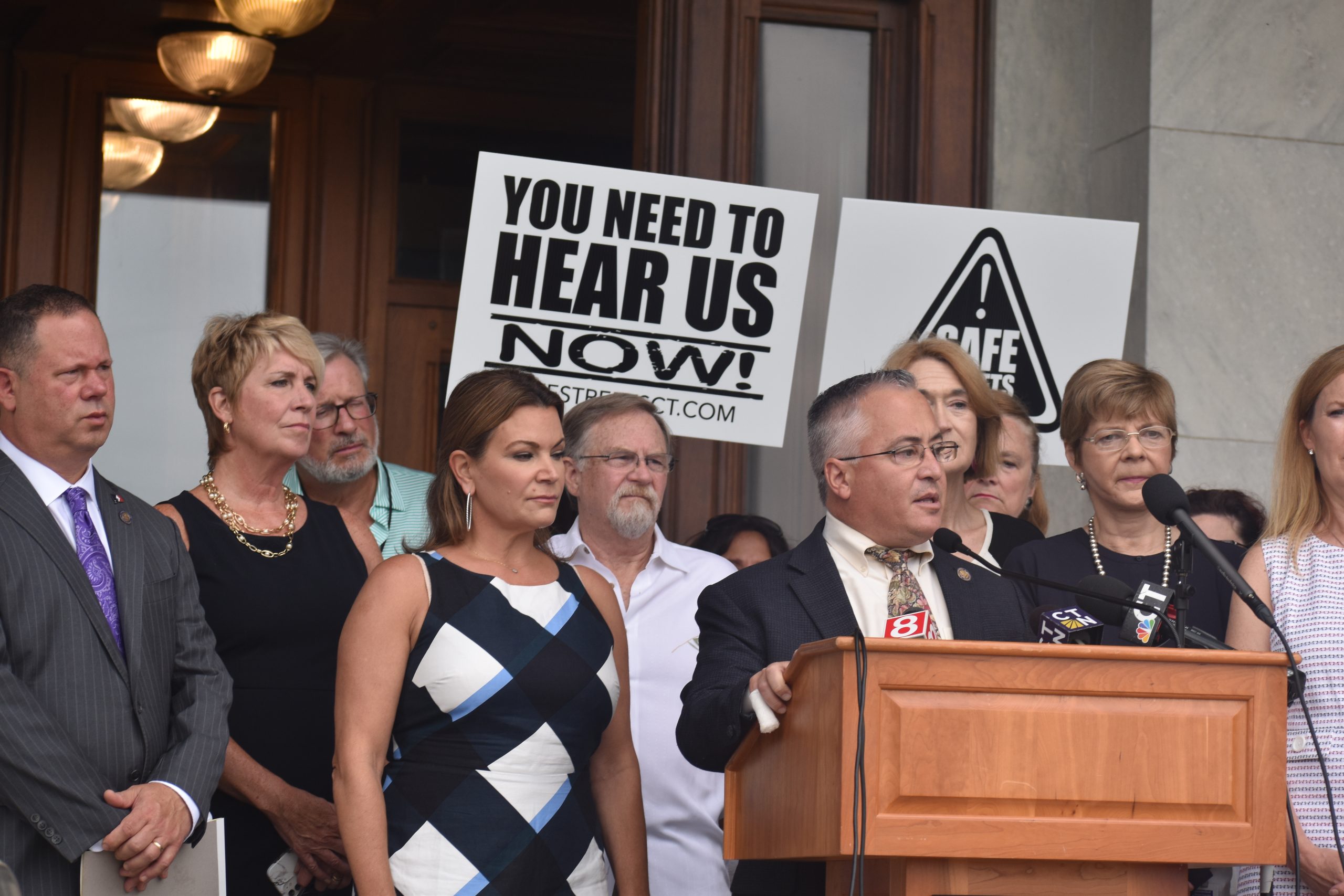 HARTFORD—The continuing flow of alarming crimes committed by teenagers, from shots fired at property owners to stealing vehicles with children inside, prompted House Republican leaders, flanked by caucus members Tuesday, to unveil proposed statutory and policy changes aimed at curbing a crisis that has residents throughout Connecticut clamoring for reforms to the state’s juvenile justice system.

“People throughout this state are frustrated if not frightened, and we believe we’ve reached a point in this discussion where it’s important for Connecticut residents to see where members of this legislature stand on their desire to tackle this crisis,” said House Republican Leader Vincent Candelora, joined by Deputy Leaders Jason Perillo, Rosa Rebimbas, Tom O’Dea, Laura Devlin and Lezyle Zupkus. “Like the overwhelming majority of the public we believe the balance of our juvenile justice system is pitched too far toward perpetrators of crime and, in this case, toward teenagers who are knowingly exploiting a system that allows them to get arrested over and over with very little consequence. To do nothing, as some of our colleagues would have, is irresponsible. We join residents in demanding immediate change, and leading by presenting actual proposals.”

More proposals, with greater detail, can be found at www.stopcarthefts.com

“This plan highlights our caucus’ unwavering, no-nonsense approach to slowing, stopping and preventing juvenile crime through specific, detailed, and sensible policies that protect the individual personal rights of victims while assuring accountability and making sure that any accused juvenile has access to goal-oriented diversionary and post-arrest counseling and programming,” said Rep. Craig Fishbein, the Judiciary Committee’s House Ranking Member. “I urge my colleagues to act decisively and pass these important justice reforms before another innocent victim is injured or killed.”