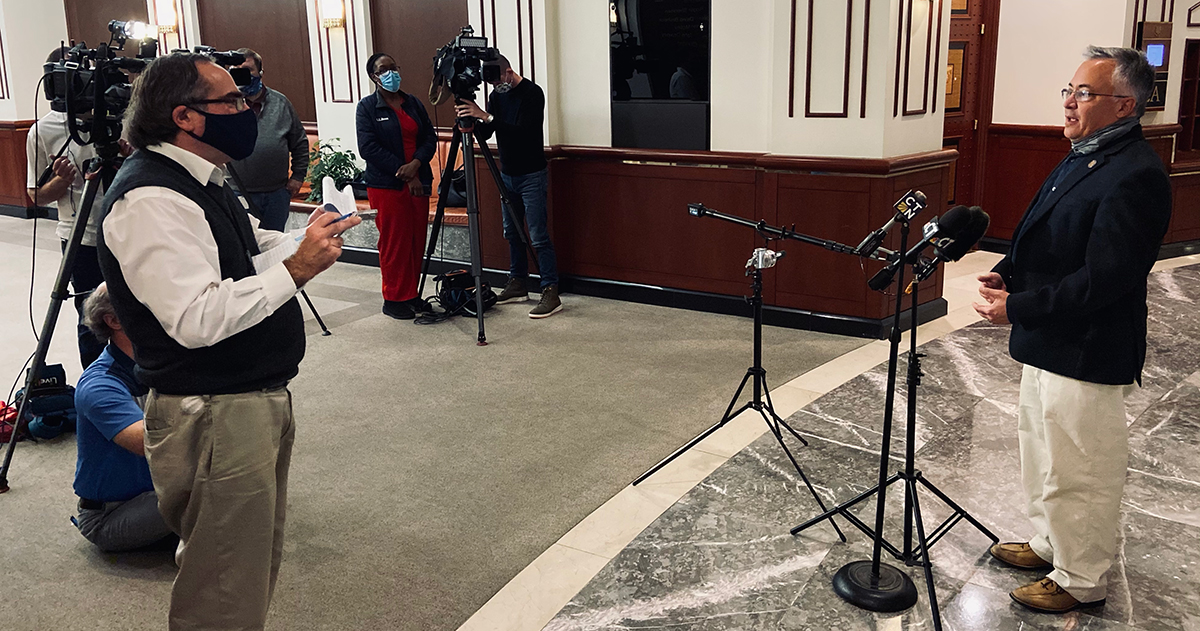 Candelora, 50, of North Branford, assumes the leadership position in early January when members of the General Assembly begin their new two-year terms.

“To be selected for this role by my peers is a tremendous honor, and I look forward to leading our collective effort to get Connecticut pointed in the right direction—to stabilize our finances and economy, and to make our state a more affordable place to live and run a business,” said Candelora, who on Tuesday was elected to his eighth term serving the 86th House District. “With the election behind us, it’s critical that all legislators come together in order to navigate our state through the pandemic, and to analyze and to work toward solutions posed by varied challenges such as inadequacies in distance learning, the damage caused by constraints in preventative health screenings, and growing rates of addiction.”

Candelora, whose district also includes parts of Durham, Guilford, and Wallingford, has served as deputy leader to retiring caucus leader Rep. Themis Klarides as well as former leader Larry Cafero. Locally, Candelora’s civic involvement includes three terms on North Branford’s Town Council as well as one as deputy mayor. He’s volunteered for the town’s public school system, and he’s a past president of both North Branford’s Chamber of Commerce and its Rotary Club.

“I’m proud to say that I’m a reflection of the House Republican caucus, a diverse group of individuals who bring a wealth of civic, community, and professional experience to their roles at the capitol,” Candelora said. “A critical part of the job here is to understand how the decisions we make in Hartford affect the people we were elected to serve, and that’s a long-held caucus tenet I’ll continue to emphasize among our membership over the next two years.”

In Hartford, Candelora currently serves on the legislature’s committees on Finance, Public Health, General Law, and Legislative Management. He also leads the caucus Screening Committee that reviews legislation before it’s put up for vote in the House of Representatives.

Outside the legislature, Candelora helps run two family-owned businesses—a manufacturing company and a sportsplex. He has also practiced municipal and transactional law at a New Haven-based firm, and he served as a law clerk to the Honorable Antoinette L. Dupont, former Chief Judge of the Appellate Court of Connecticut.

Candelora graduated from Connecticut College in 1992, and the Dickinson School of Law at Penn State in 1995. He is married with three children.