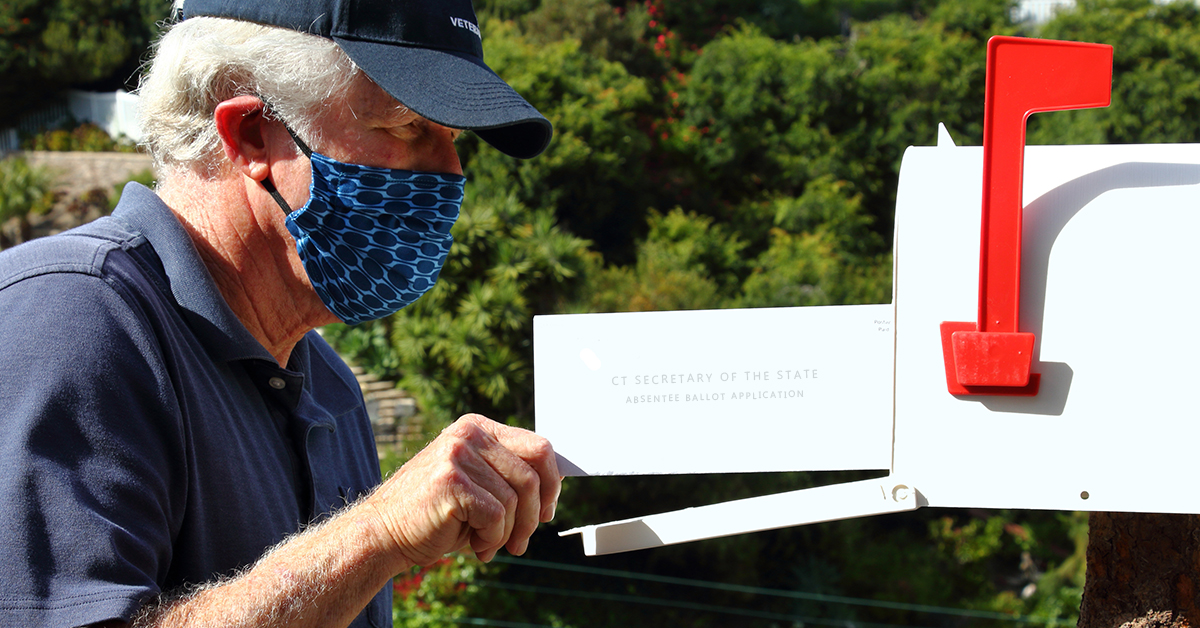 HARTFORD – Saying the Secretary of the State’s flawed absentee ballot process could lead to widespread disenfranchisement of voters because of problems with her hand-picked mail vendor, House Republicans today called for an investigation into Denise Merrill’s overly ambitious vote-by-mail program.

According to the Connecticut Town Clerks Association, as many as 20,000 absentee ballot requests were not processed on time last week by the vendor Merrill selected. Merrill’s office admitted as much in conversations with local town officials. This could result in many people being disenfranchised for the Aug. 11 state primaries. Despite assurances to the general public that ballots were mailed in mid-July, Secretary Merrill has reversed those assurances and now admitted that ballots were mailed around July 27, thus setting up our town halls for receiving a last-minute onslaught of ballots to process just one week before the deadline. Secretary Merrill’s lack of communication has left no room for error and is setting up our cities and towns for criticism.

Democrat officials admitted privately that they may have no way to verify how the ballots are distributed to voters because of problems with the vendor that Merrill chose, particularly in the state’s largest cities, such as Hartford and Bridgeport. House Republicans called for a full investigation into how the vendor was selected and the process used to distribute millions of absentee ballots.

“It has become obvious that the entire absentee ballot mail-in voter process has been mismanaged, based on all the contacts that we have had with the elected officials who know this system best, our local registrars and towns clerks, both Republican and Democrats,” House Republican Leader Themis Klarides and Deputy Leader Vincent Candelora said today. “The problems with the vendor processing the absentee ballots on time should concern everyone, and it is disappointing to find out about this issue one week before the primary.”

They added, “Many are at risk of being disenfranchised as a result of this bureaucratic mismanagement, whether intentional or otherwise. What this means for the general election in November is more than troubling.”

Republicans cited an urgent message from town clerks today that blamed the Secretary of the State’s Office for failing to have the vendor process the absentee ballots in a timely manner prior to the Aug. 11 primary, and what that portends for the general election in November.

“The Secretary has created a major problem that Town Clerks are now left to fix with the primary only one week away. Additionally, I am extremely irate that Secretary Merrill, Deputy Secretary Bates and Elections Division Director, Ted Bromley, did not mention this during our 10 a.m. conference call today. In a phone call last Thursday, Ted had mentioned this was a possibility,” the local officials said.

The Connecticut Town Clerks Association indicated in its e-mail today that, had it been notified of the failure by Merrill’s vendor to process the absentee ballots, members could have worked over the weekend to rectify the matter. That did not happen and they are now scrambling.

Local registrars have complained in the last few days of delays in receiving the ballots. Those delays could raise questions about the results of the Aug. 11 primary elections if they are not processed in a timely fashion.

Republicans initially questioned Merrill’s decision to hire an outside vendor and her ability to manage the project.

“We are calling for a full-blown investigation as to how we arrived at this point, a week from the primaries,” House Republicans said.