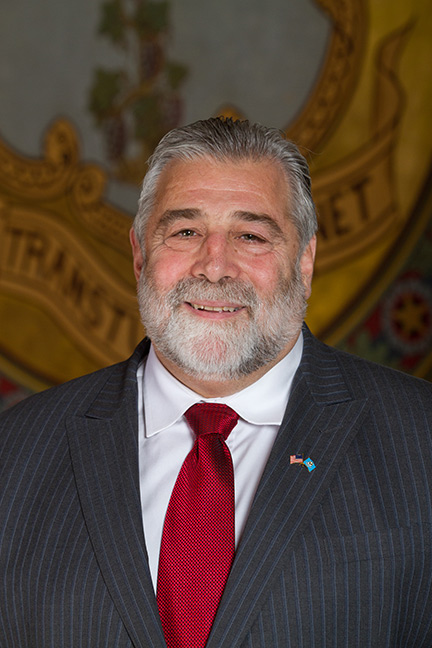 Charles Ferraro is serving his third term in the Connecticut General Assembly, proudly representing the 117th Assembly District comprised of portions of Orange, Milford and West Haven. He currently serves as the highest ranking House Republican on the legislature’s  Energy and Technology Committee and also serves on the Public Safety & Security and Veterans’ Affairs Committees.

Charles is the current Owner, CEO and Grandmaster of West Haven Academy of Karate, Inc. The W. Haven Academy of Karate is the longest running martial arts studio in Southern Connecticut area, serving West Haven, Orange, Milford, New Haven residents since 1976. He has operated the school as its principle and sole owner. His duties have included teaching all classes, managing marketing and promotion, acting comptroller, teaching and training instructors, coaching and training national and international competition teams.

Charles is also the co-founder the Worldwide Tang Soo Do Family which is based in West Haven, CT and Rotterdam, Netherlands. The WTSDF is an umbrella organization created for the purpose of uniting Tang Soo Do organizations worldwide. The main function of the WTSDF is that of promoting world peace and improved human relations through the practice and sharing of martial arts.

Additionally, Ferraro is the founder and president of Tang Soo Do Mi Guk Kwan Association, Inc., West Haven, CT. The TSDMGK Assoc. was founded in order to unite and administrate over 100 Tang Soo Do Dojangs (martial arts schools) in the United States and South America.

Previously, Charles was a territory representative (NY, CT, MA) for Westwood Pharmaceuticals, Inc., a subsidiary of Bristol Meyers Corporation in Buffalo, New York, 1979 through 1982. He was responsible for maintaining a consistent rapport with dermatologists in that territory for the purpose of keeping them informed about products offered by Westwood Pharmaceuticals. He was also responsible for servicing and maintaining wholesale and drug store key accounts with emphasis on maintaining inventory and the promotion of new products.

Charles also represented numerous insurance companies as a general agent (manager) from 1976 to 1979. His agency specialized in the sale of life insurance, health insurance, disability insurance, annuities and financial planning.