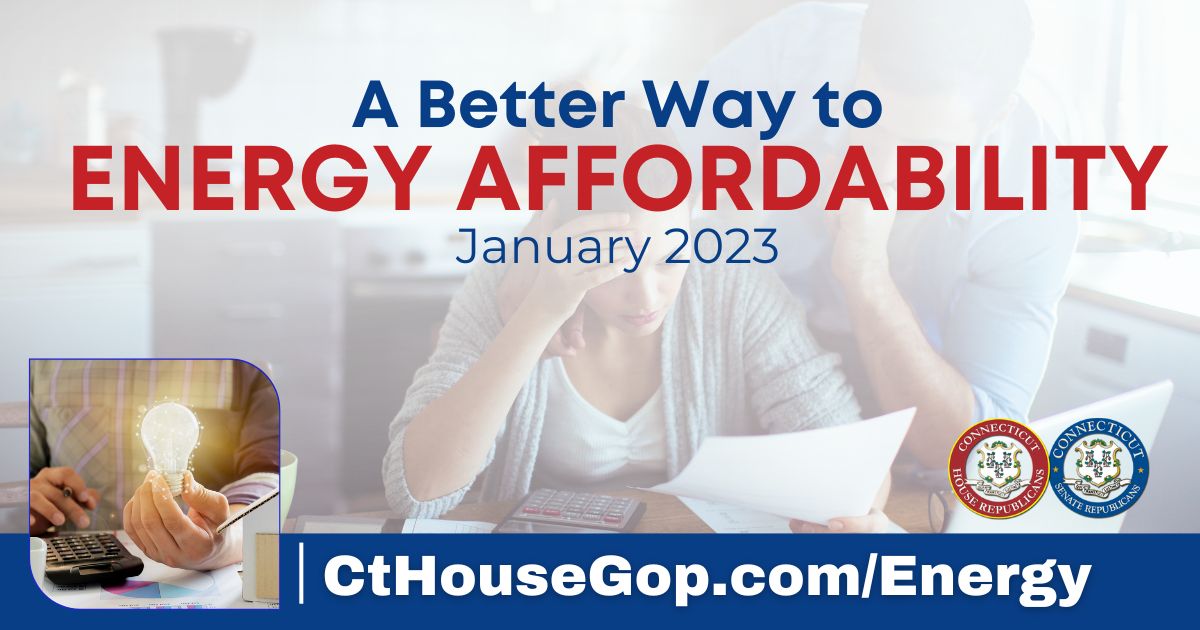 HARTFORD – Today Senate and House Republican Leaders detailed a comprehensive package of policy proposals to reduce the cost of electric bills and make energy more affordable over the long term.

The policies will reduce energy costs for CT families by over $362 million per year, saving the average household over $210 next year. In the long run, the plan will drive down costs by even more and implement important ratepayer protections against utilities.

“Connecticut is one of the most unaffordable states to live in, with the highest energy costs in the continental United States. The rising cost of energy in our state has been an issue for far too long. It is past time for action to make energy more affordable and reliable,” said Senator Ryan Fazio (R-Greenwich), ranking member of the Energy & Technology Committee.

“No one should be struggling to keep the lights on or heat their home. We need independent oversight and policies that work for ratepayers and protect all our families. The policies we are sharing today will both reduce costs now, and in the future. They also put into place important protections for ratepayers and needed oversight of our utilities,” said Senate Republican Leader Kevin Kelly (R-Stratford).

“While it’s imperative to address short-term financial obligations, and this will help some, we must put forward best practices and legitimate long-term solutions. Some poor decisions in the past have put us in this current position and we can’t just put a band-aid on it. We must correct the mistakes and set the table for future success that reduces the obscene burden on ratepayers,” said Rep. Bill Buckbee (R-New Milford), House Ranking member of the Energy & Technology Committee.