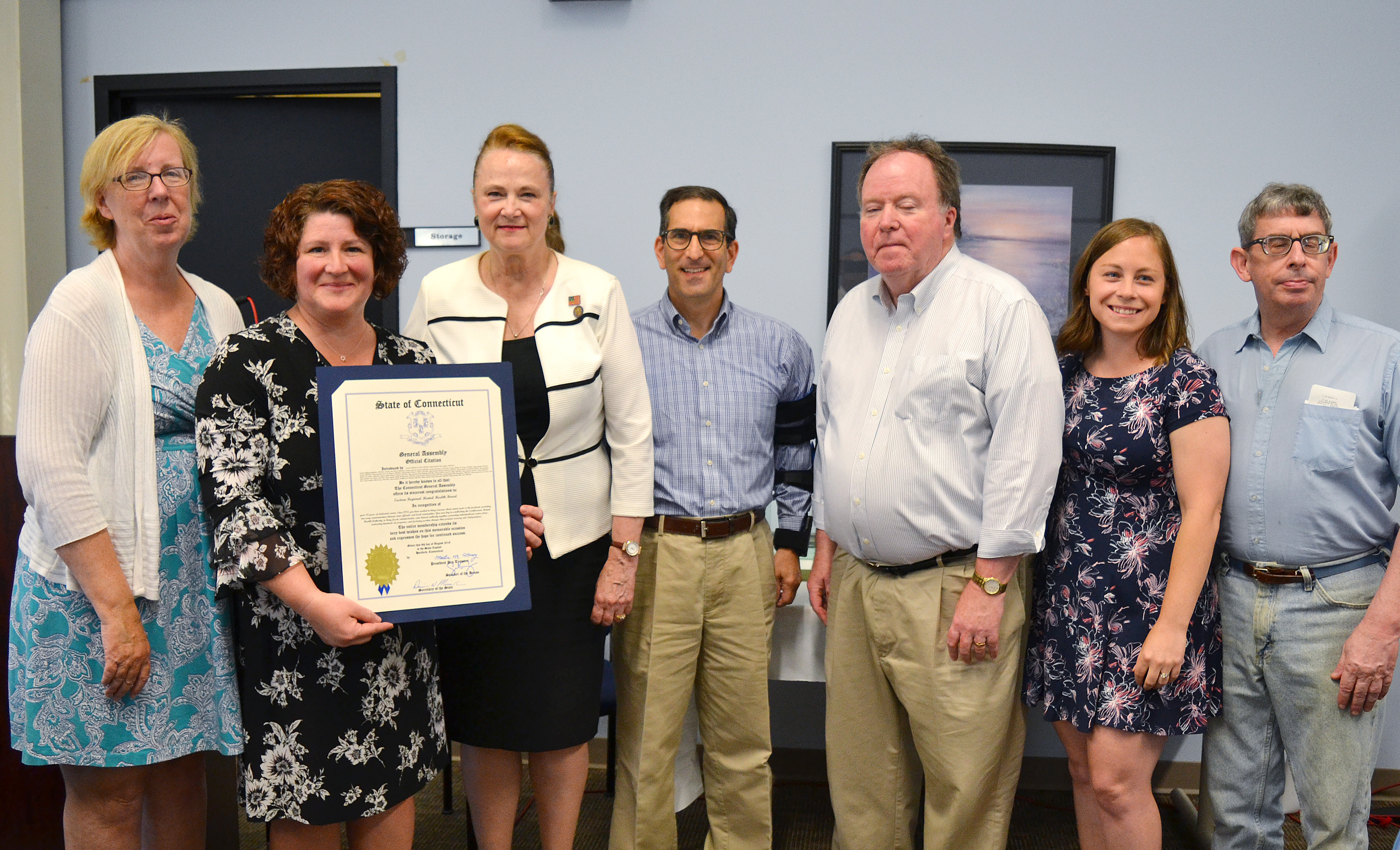 Posted on September 4, 2018 by jpheasant

Despite the official partnership between ERMHB and DMHAS concluding on February 23rd, 2018, the board met with the attending lawmakers at the Southeastern Mental Health Authority’s facility in Norwich for one final time on Thursday, August 9th to celebrate their many accomplishments over the last 43 years together.

“I want to sincerely thank the members of the Eastern Regional Mental Health Board for their many years of dedicated service to help those with mental health issues,” Rep. Dubitsky said. “Although it is sad to see the board go, I am grateful for the great work it has done for so many people over the years, and know that its members will continue their invaluable service in other capacities.”

The Regional Behavioral Health Action Organizations in region III will now absorb ERMHB and all of its functions.