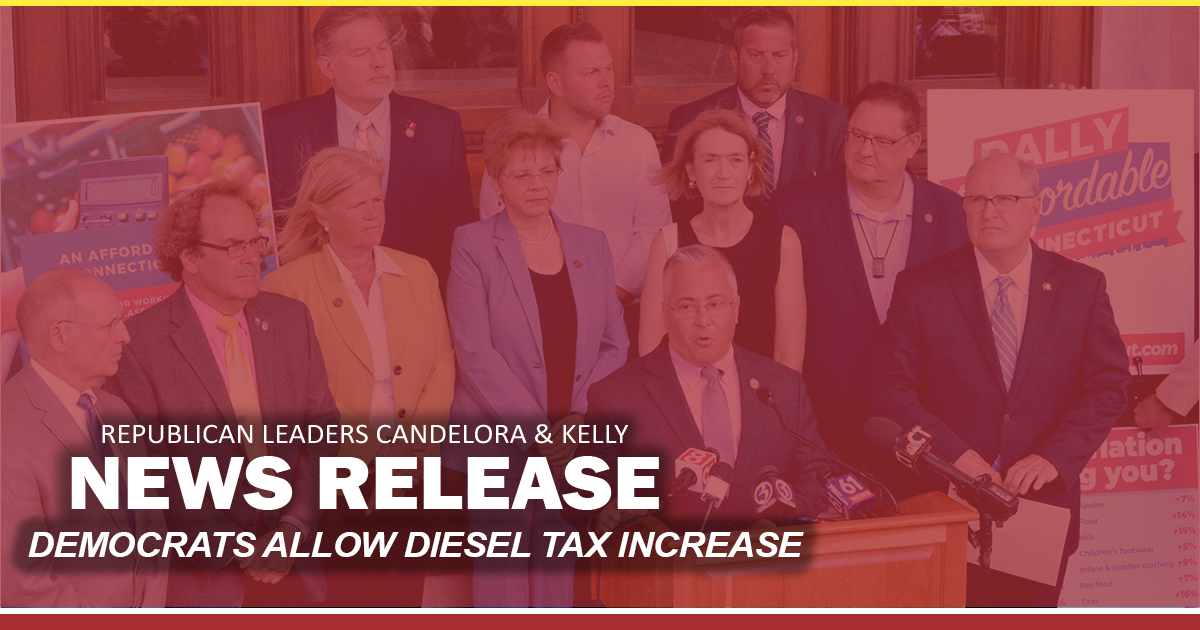 “Today Connecticut grows even more unaffordable. The diesel tax is increasing by 23%. New energy rate hikes take effect. The prices of goods, groceries, services, and energy are all going up – and CT Democrats are doing nothing to stop the pain from worsening.

“Connecticut had the power to deliver significant tax relief and energy assistance, including stopping the diesel tax increase, but CT Democrats refused to make our state more affordable. Instead, CT Democrats chose to pocket an $800 million surplus from over collected taxes from you and then ask you to pay more in taxes and the cost of goods and services in our state.

“The Governor, again, declared Connecticut is under a state of public health emergency, but doesn’t see the financial emergency and damage inflation is causing to our families. Now that the Governor and Democrats failed to use the historic $800 million surplus to help our families when they need it most, what is their plan going forward? Raise taxes and do nothing to make Connecticut more affordable? Even President Biden can see people need help and is calling on states to do that.

“What state asks its citizens to pay more when sitting on a historic surplus? Connecticut does, under Gov. Lamont and CT Democrats. The voices of those most in need and the middle class are not being heard by majority Democrats. The cry for help for all residents and families struggling to make ends meet is falling on deaf ears.”

Senate and House Republicans proposed a $1.2 billion tax relief package during the legislative session, and every CT Democrat voted in lockstep against what would have been the biggest tax cut in state history.

Republicans again called for action after session, rallying with residents around the state to call for a special session to implement a plan that included the following relief:

The relief would have been fully covered by surplus dollars, requiring no budget cuts, preserving a historic $2.9 billion in additional contributions to pay down on pension debt, and maintaining a record breaking $3.3 billion in the state budget reserve fund – the maximum amount allowed by law.

A special session needed to occur before July 1 to deliver tax relief and energy assistance prior to the end of the fiscal year.