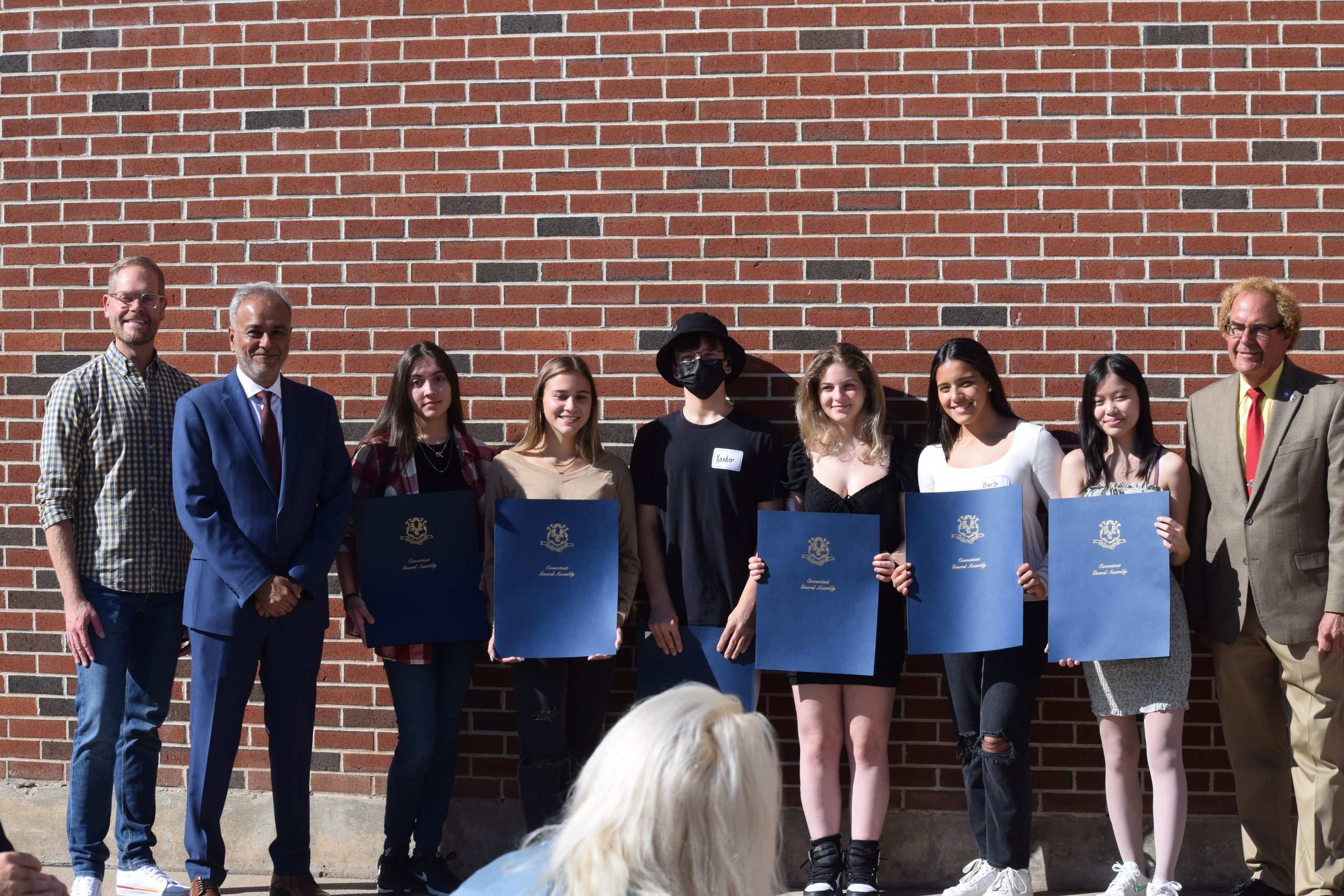 SOUTH WINDSOR- State Reps. Tom Delnicki, Jeff Currey and State Senator Saud Anwar presented official state citations to the South Windsor High School students who were named one of the winners of the state Department of Education Voice4Change campaign where students proposed school enhancement projects for a chance to win $20,000 each in federal COVID relief funds.

Rep. Delnicki read the citations to the students, “Your creativity and intelligence in developing a winning proposal for the Voice4Change Campaign. This achievement is a sign of your ability as a leader of your classmates and the community. Congratulations on the approval of your multiuse furnished outdoor space project and good luck in your future endeavors in high school and beyond!”

The campaign, announced last November, is funded by just over $1.5 million in federal funds given to the state for elementary and secondary schools.