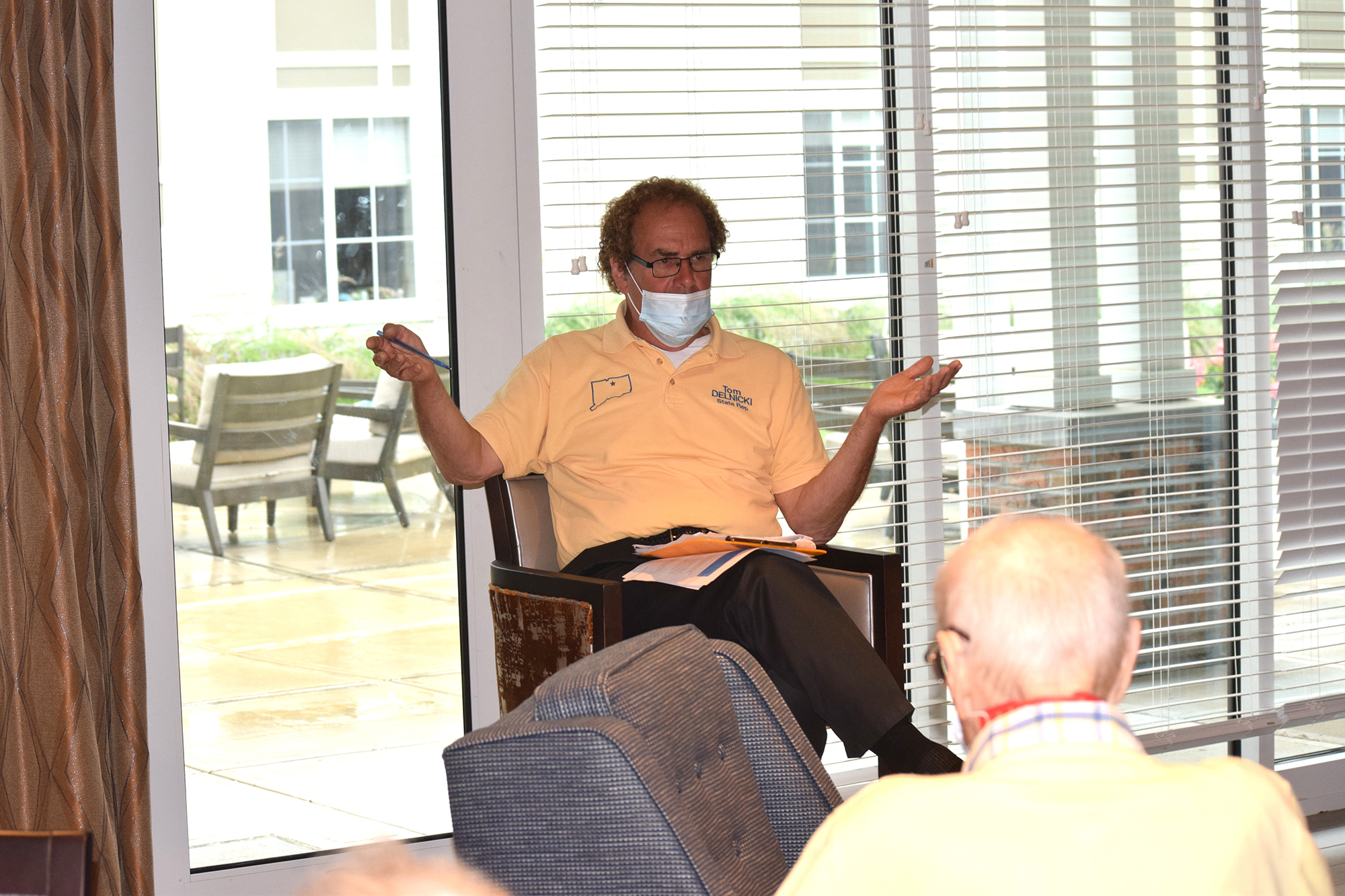 Rep. Delnicki began the town hall going through some of the major public acts that were passed this year, including new laws on juvenile crime and car thefts.

Rep. Delnicki said, “I want to thank HarborChase for hosting us today and for everyone who came out. My favorite part of the job to talking with and getting to know South Windsor residents. Remember I work for you.”