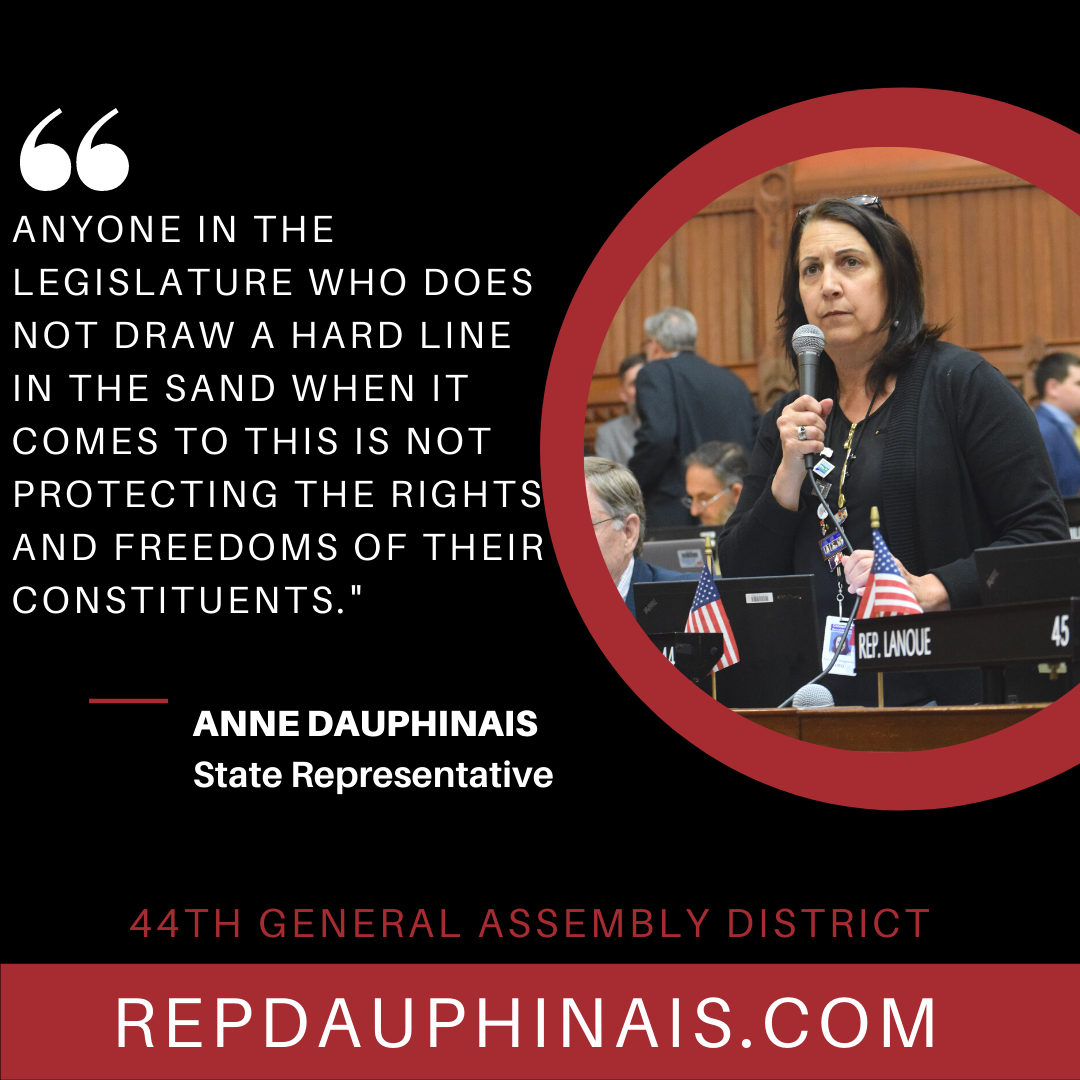 In a joint statement, State Senator Rob Sampson and State Representatives Doug Dubitsky, Kimberly Fiorello, Anne Dauphinais, and Gale Mastrofrancesco announced today their strong opposition to the Lamont administration’s plans to launch digital COVID vaccine cards, and to all proof of COVID vaccine requirements imposed on Connecticut residents.  The imposition of such measures violates the government’s obligation to respect people’s rights to exercise common sense and medical freedom without coercion, discrimination and surveillance.

“Not only are vaccine passports anathema to American freedom, but we should also be demanding an end to Governor Lamont’s continued abuse of power,” said Senator Sampson (16th – Wolcott). “He has violated the spirit, if not the law governing public health emergencies, and his limited role in exercising executive power as a result.  Lamont’s ­administration has suggested that those who oppose his constant assault on individual choice when it comes to medical decisions are ‘fearmongering.’  Lamont is openly calling for private businesses to begin dividing the free citizens of Connecticut into classes for the purpose of segregation and discrimination. I would say that is worth clamoring attention to.”

“Governor Lamont, your iron-fisted mandates and your openly ostracizing Connecticut residents based on their individual medical circumstances is not only anti-science and bordering on tyranny, it is quite simply not working,” said Representative Doug Dubitsky (47th – Chaplin). “Despite your never-ending vaccine and mask mandates, Connecticut currently has one of the highest Covid rates in the nation. States respecting their citizens’ constitutional freedoms are faring far better. The people of this state have the right to listen to their own doctors and make their own personal medical decisions. It is not for you to dehumanize our constituents with a scarlet letter for lack of a digital passport.”

State Representative Kimberly Fiorello (149th – Greenwich) said, “There are many variables to consider in fashioning public policy: that COVID vaccinations protect the individual against severe illness, but the vaccinated are still capable of getting COVID and spreading it; that early interventions, which we should make more easily available, are also helping to mitigate severe illness; that natural immunity plays a role, too; and more.  Taking all this into consideration, why would Connecticut’s government encourage a paradigm where only vaccinated people are allowed access to the grocery store, the library or an office building?  Such policies will cause great harm to the fabric of our community and foment hate and fear amongst neighbors.”

“Supporting or even entertaining the idea of digital vaccine cards and in particular using tax dollars to pay for it, is antithetical to the principles I stand for,” said Representative Anne Dauphinais (44th – Killingly). “Anyone in the legislature who does not draw a hard line in the sand when it comes to this is not protecting the rights and freedoms of their constituents.”

Representative Gale Mastrofrancesco (80th – Wolcott), said, “Governor Lamont is encouraging businesses to force the requirement to show proof of a Covid-19 vaccination to patronize their establishment. This is state-sponsored discrimination – initiated by the governor.  Any measure that promotes to regulate the movement of someone’s activity of daily life is un-American and a direct assault on our basic human rights in a free society. Governor Lamont needs to be reminded that the proper role of government is to have respect and regard for human rights, and it is our job to protect those rights, not take them away.”