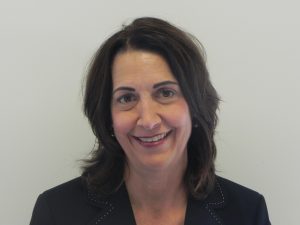 State Representative Anne Dauphinais was re-elected to her third term in November 2020 to proudly serve the 44th General Assembly District representing the towns of Killingly and Plainfield. For the 2021 and 2022 legislative sessions, Rep. Dauphinais serves as a Ranking Member on the Committee on Children. She also serves on the Public Health, Transportation and Internship Committees. Anne is also as a member of the Conservative, Fire/EMS, Rural, Sportsmen’s, Intellectual and Developmental Disability, and Women’s Caucus.

Prior to being elected, Anne served for more than 25 years in the health care industry, most recently in the Specialty Medicine Division as a Sales Consultant for Novartis Pharmaceuticals. She has also served as an in-home private nurse and a pre-release Case Manager for the Department of Corrections.

Her community involvement includes time as a Republican State Central Committee Representative for State Senate District 29 along with serving as an advocate for victims who have experienced a post traumatic brain accident. Anne serves on the Women’s Board for Day Kimball Hospital and Quinebaug Valley College. She has also volunteered for the Special Olympics, various Veterans fundraisers, and local food pantries.

She has received a Bachelor of Arts Degree in Sociology from Eastern Connecticut State University in Willimantic, Connecticut and is a 1986 nursing graduate from Northern Maine Vocational Technical Institution.

Rep. Dauphinais has resided in Killingly with her husband for most of her life, having graduated from Killingly public schools. In her spare time, she enjoys spending time with their four children and their four grandchildren. She is also an avid gardener, enjoys traveling, skiing, and has even been skydiving.