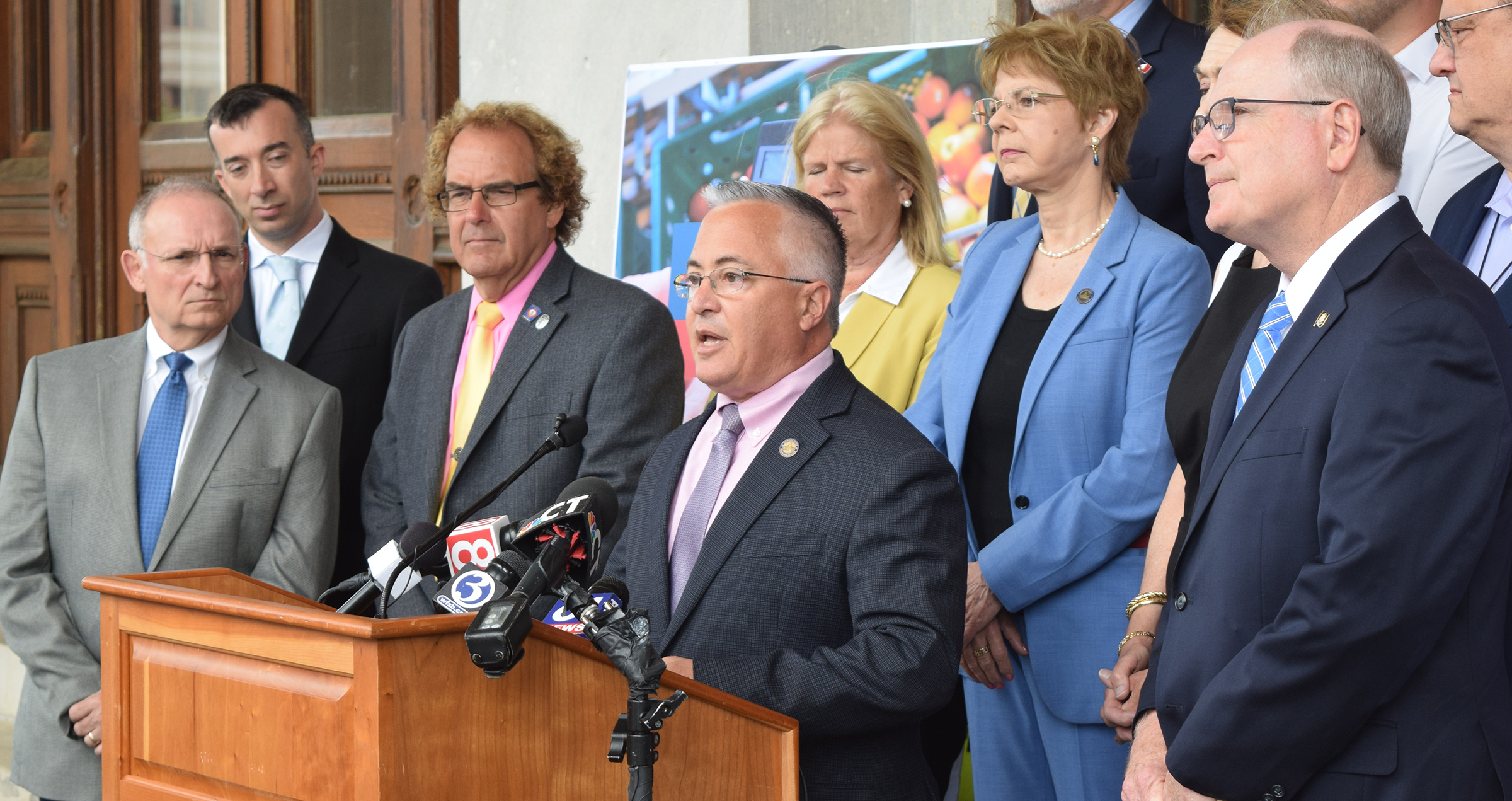 HARTFORD – Today, Connecticut Senate and House Republican lawmakers will propose and vote on an amendment to Governor Ned Lamont’s Low Income Home Energy Assistance Program (LIHEAP) allocation plan being voted on today. The Republican lawmakers’ amendment will increase funding for energy assistance and prevent a devastating decrease in benefits for CT’s most vulnerable. In addition to preventing the loss of thousands of dollars in assistance for the poorest families, the Republican amendment will expand assistance to middle-class families struggling with record breaking home heating oil costs and address delivery concerns.

Republican lawmakers are calling on their Democratic colleagues in the state legislature to join them and vote in support of restoring funding slashed by Washington that state leaders have thus far refused to replenish. The Republican proposal would supplement the $79.2 million in expected federal LIHEAP funds to increase total home energy assistance to $191.5 million.

“We can and must act today to restore the funding dysfunctional Washington failed to deliver and prevent CT residents from experiencing even more financial hardship as colder weather approaches,” said Senate Republican Leader Kevin Kelly (R-Stratford) and House Republican Leader Vincent Candelora (R-North Branford).  “Home energy prices are rising at the fastest rate in over a decade and Connecticut remains one of the most unaffordable states with residents already facing some of the highest rates in the nation. Working- and middle- income families are struggling to pay the bills.”

“It was disappointing to hear excuses from the Governor when we again raised this issue last week, saying he had already done enough for residents, and suggesting we take a wait and see approach. We don’t need to wait to see people shivering in the cold to know that people need more relief.”

“A one-week annual sales tax break does nothing to ease the burden of skyrocketing home heating oil costs. We also heard lawmakers lament there not being an ‘easy’ and ‘quick’ solution. Today we are presenting a solution that can be implemented immediately, requires no additional legislative votes, and will not only prevent devastating cuts to the most vulnerable, but will also provide relief to working- and middle-class families who face record breaking heating oil costs crushing their household budgets. Just as we did in June when we called for a special session on tax relief and energy assistance at a time when the state had historic surpluses, we again urge our Democratic colleagues to join us and vote to restore this vital assistance. They called our plan ‘irresponsible’ then, we hope they have a change of heart now.”

The Republican amendment provides an immediate solution to help families. It will:

The Republican plan utilizes $112.3 million from the Invest Connecticut account, a fund set aside by the Fiscal Year 2023 budget adjustment with readily available federal ARPA funds yet to be assigned to any programming.

The amendment follows precedent set in 2008 and 2017. In 2008 a LIHEAP amendment was approved with the acknowledgement that the legislature would add state funding. The amendment today requires no additional legislative action as it utilizes monies from a fund already approved by the full legislature.

The amendment will be proposed today at the joint meeting of the Appropriations Committee, Energy & Technology Committee, and Human Services Committee. The meeting is scheduled to take place following a 10:00 AM public hearing.