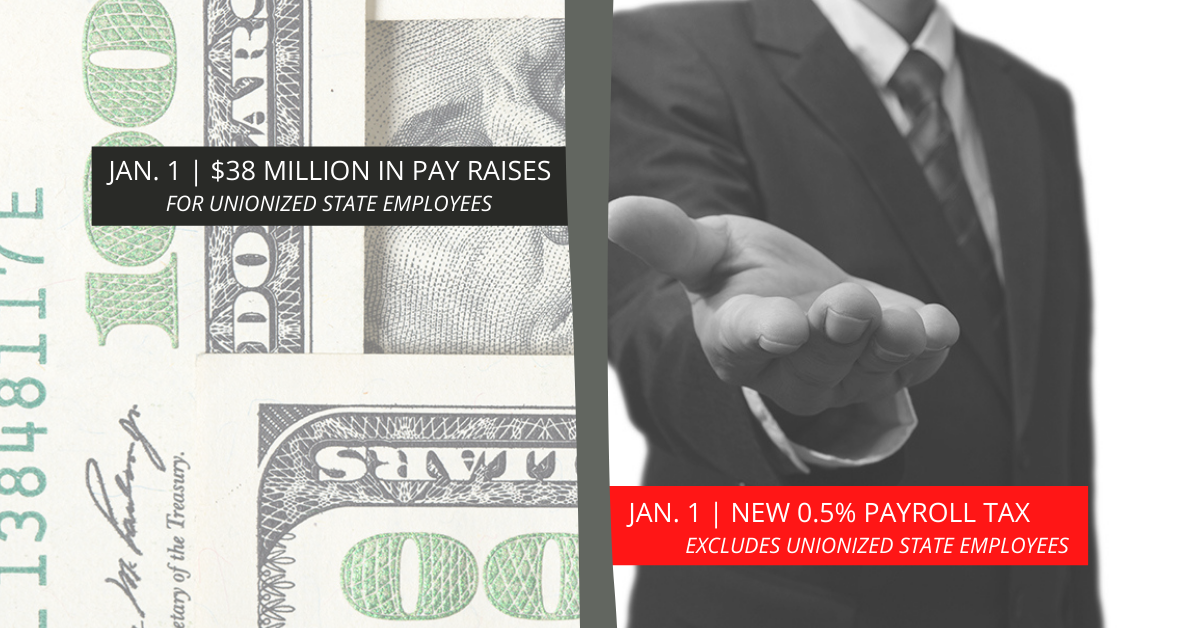 HARTFORD — House Republican Leader-elect Vincent Candelora on Tuesday said Gov. Lamont should delay $38 million in salary increases for state employees that go into effect on the same day as the Democrats’ new payroll tax that primarily targets the pockets of private sector workers.

“Main street businesses are struggling under the weight of this pandemic, and their employees even more so. Meanwhile, state government chugs along unaffected—those non-frontline workers still have their jobs, they’re still collecting paychecks,” said Candelora (R-North Branford.) “Letting these scheduled increases go through right now sends an awful message to Connecticut’s lowest wage workers and those hit hardest in this pandemic. It’s made worse by the fact that workers scheduled to receive the pay raises, such as unionized state lawyers, are exempt from the new payroll tax that’ll be paid by those in the private sector who worry every day about their job security.”

The pay raises—an annual increment—are the final portion of an overall 11 percent increase estimated to cost the state roughly $350 million over two fiscal years. This $38 million increase goes into effect Jan. 1, the same day as the new 0.5 percent payroll tax that supports a state-run paid family leave program offering among the nation’s most generous benefits. It will be a year before workers can access those benefits.

The payroll tax will affect roughly 1.7 million mostly private sector workers, meaning those individuals will see less money in their paychecks while unionized state employees receive more. Candelora on Tuesday again called on Gov. Lamont to delay the implementation of the tax.

The pandemic has rocked Connecticut’s economy, forcing the state to borrow federal money to cover unemployment benefits – a financial burden that will be paid back by businesses themselves. The hospitality industry alone has shed roughly 30,000 jobs since last year. The state lost an estimated 1,600 payroll jobs in November as the unemployment rate grew to 8.2 percent.

House Republicans have remained focused on the pandemic’s devastating impact on Connecticut’s budget, economy, and the finances of its residents. Republicans in June asked Gov. Lamont to delay a $200 million portion of the salary hikes before it went into effect July 1, contending it was within his authority to do so. The governor rejected that request, and recently he’s dismissed their calls to delay implementation of the payroll tax.

“Governor Lamont punted on the chance to delay pay raises in June as employers and workers came to grips with the financial impact of mandated business closures, guidelines, and restrictions,” Candelora said. “That pressure on Connecticut residents has only intensified, and while decisions such as these are difficult, they’re appropriate given the unprecedented and far-reaching impact of this crisis. So many residents, and low wage workers in particular, need every dollar in their paycheck. We have to demonstrate to our business community and critical nonprofit providers that we grasp the gravity of the challenges faced by their employees and clients. This is an opportunity to do that—he should delay the raises and payroll tax.”