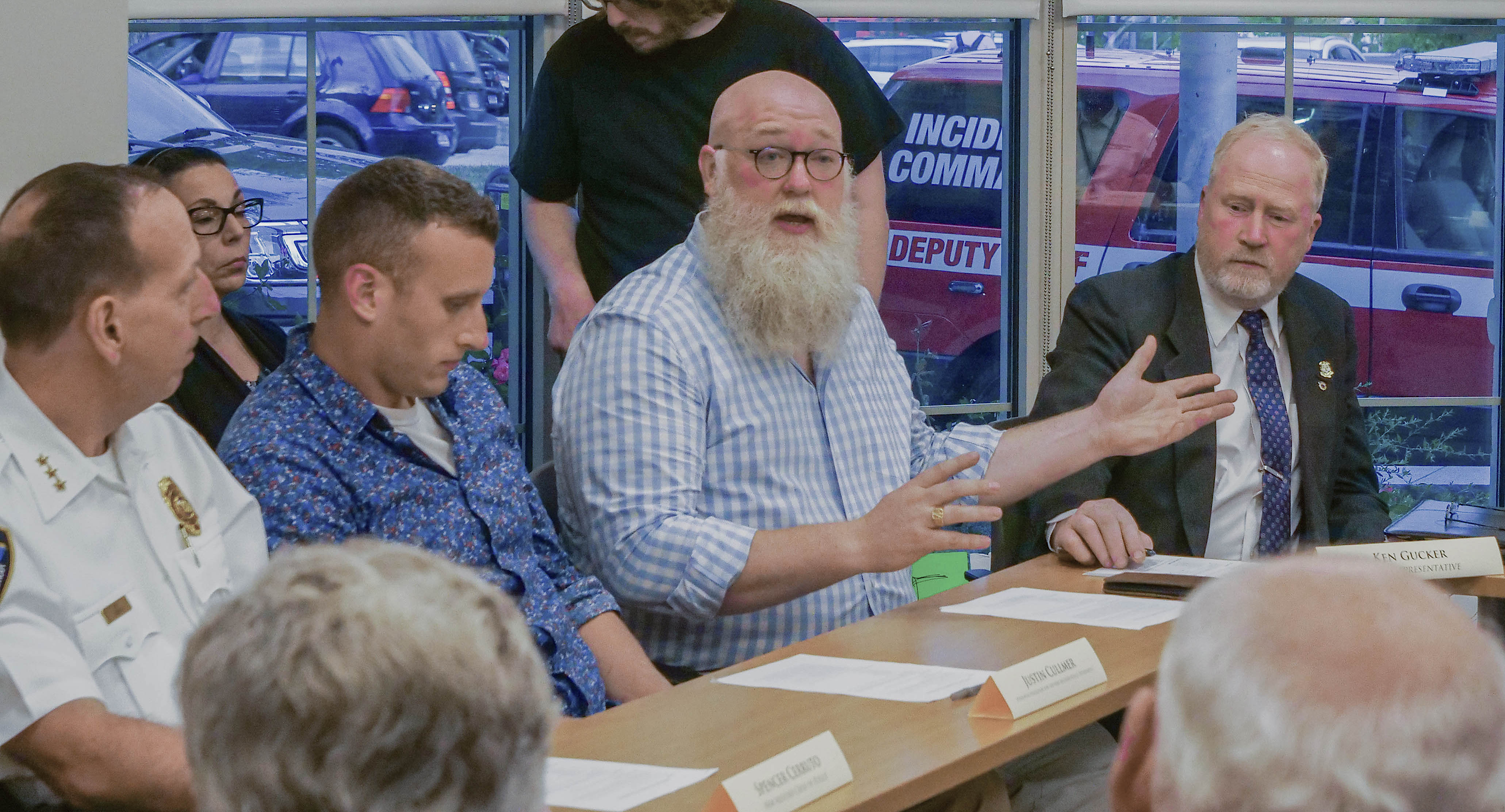 DANBURY – State Representative Bill Buckbee (R-New Milford) was invited to participate in a regional opioid forum hosted by the Attorney General’s Office at the Greater Danbury Community Health Center. The forum provided members of the public a perspective of how first responders, public officials and recovery experts are combating the opioid epidemic. The panel was comprised of a bipartisan cast of state and local legislators, fire and police leaders, as well as community health liaisons. In addition to Rep. Buckbee, New Milford was represented at the forum by Police Chief, Spencer Cerruto, and High-Risk Navigator, Justin Cullmer.

“This was a combined effort on the part of many key stakeholders,” said Rep. Buckbee in regard to the forum. “I sincerely thank Attorney General Tong and his staff for coordinating the event and for Mayor Mark Boughton and the City of Danbury for being great hosts to such an important discussion. Raising awareness, increasing education levels about opioids, and providing people with viable resources are all moving parts in the equation to find a solution to this public health issue. This cohesive discussion helped shed light onto the fact that there is a regional effort to provide life-improving resources and truly help those struggling within our communities.”

According to Rep. Buckbee, he will be working with the many of the forum’s participants to create legislative recommendations that he will put forth in the upcoming legislative session.

“I’m still coming up with bill proposals, but I will absolutely work with my legislative colleagues on both sides of the aisle to from new laws next year that will continue to combat the opioid crisis. This forum was a good step forward in moving the conversation along. I am eager to build on previous legislative initiatives that I have supported like strengthening prescriptive protocols, offering alternative treatment options to patients, and providing critical resources to those who are in crisis,” said Rep. Buckbee.

In addition to the state policy overview, the Attorney General’s Office provided an update at the forum on the ongoing investigation and lawsuit against Purdue Pharma based on the company’s role in encouraging the distribution of opioid-based medications.

If you have any unused or unwanted medications, there is a prescription drug drop-box located and accessible to the public in the lobby at the New Milford Police Department.