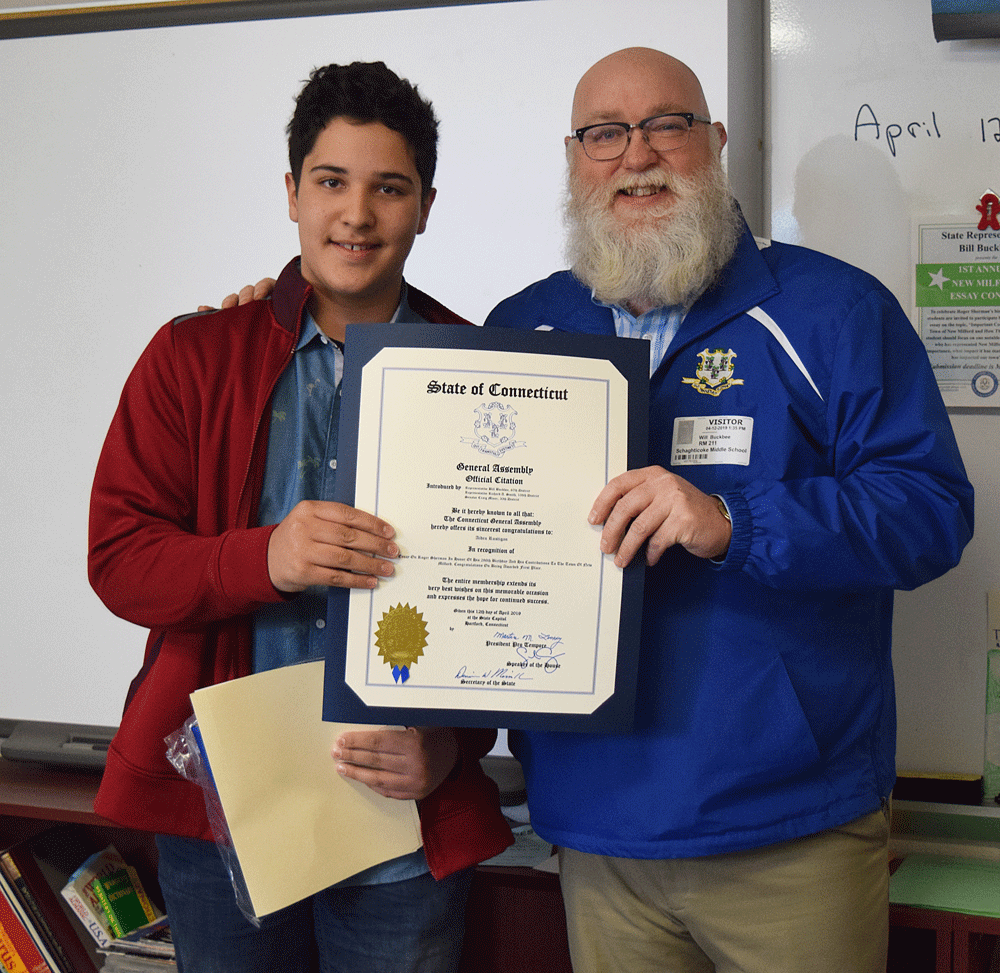 “Roger Sherman’s 298th Birthday is this year. The pieces Aiden and Shayne submitted were incredibly detailed and composed with precision. I think that it’s an incredibly important our students have an opportunity to learn a little bit about local history, while showcasing their writing abilities. Based on my recent visit to Schaghticoke, I know the students learned quite a bit about one of our more notable neighbors here in New Milford and all submissions were wonderful to review,” explained Rep. Buckbee. 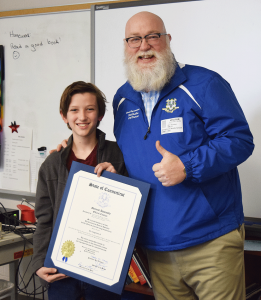 Prior to Rep. Buckbee’s service within the General Assembly, Roger Sherman was elected to the then-titled “Governor’s Council” in 1766. The Governor’s Council is known today as the State Senate. Sherman later served in Congress and went on to play an influential role at the Constitutional Convention.

Rep. Buckbee said, “It’s clear to me that all of the participants were able to connect the dots between what Roger Sherman did for today’s society and how we can continue that legacy. I’m impressed with the work that Schaghticoke Middle School students are capable of. When there is an instance of academic excellence, it’s important that those individuals who created the work be recognized.”

The winner, Aiden Rustigan, was also presented with a Connecticut State Flag, which had been flown over the State Capitol in Hartford.