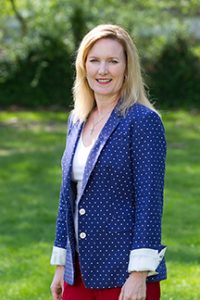 A Prospect resident, Zupkus is a graduate of Embry-Riddle Aeronautical University in Florida. Her professional experience includes work in both the private and nonprofit sectors, and her numerous volunteer activities include serving on the Board of Directors of Holy Cross High School.

In 2014, Zupkus was honored as a “Community Champion” by MADD for her legislative work on drunken driving-related issues.

Zupkus and her husband Greg are parents to two children.