State Representative Tammy Nuccio proudly represents the 53rd General Assembly District, which encompasses Tolland, Willington and Vernon. She was elected to her first term in November 2020. 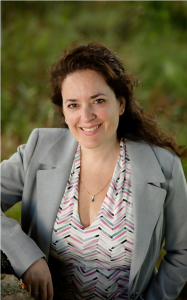 Rep. Nuccio was appointed as the Ranking Member of the legislature’s Appropriations Committee, which has cognizance of all matters relating to appropriations and the budgets of state agencies. Other issues under the committee’s jurisdiction include matters relating to state employees’ salaries, benefits and retirement, teachers’ retirement and veterans’ pensions and collective bargaining agreements and arbitration awards for all state employees.

In addition, she sits on the Screening Committee, a select committee that reviews all legislation introduced in the chamber.

Rep. Nuccio is a financial analyst for Cigna and an elected member of the Tolland Town Council. She has more than 30 years of experience in finance and is active within the community. Most notably, she has been involved with the Tolland Senior Center, Tolland Soccer, Saint Matthew’s Church and is a sitting board member on the Eastern Highland Health District.

Nuccio holds a Bachelor’s and Master’s Degree in Business Administration from Bay Path University. She is a 35-year resident of Tolland where she resides with her husband and three daughters.