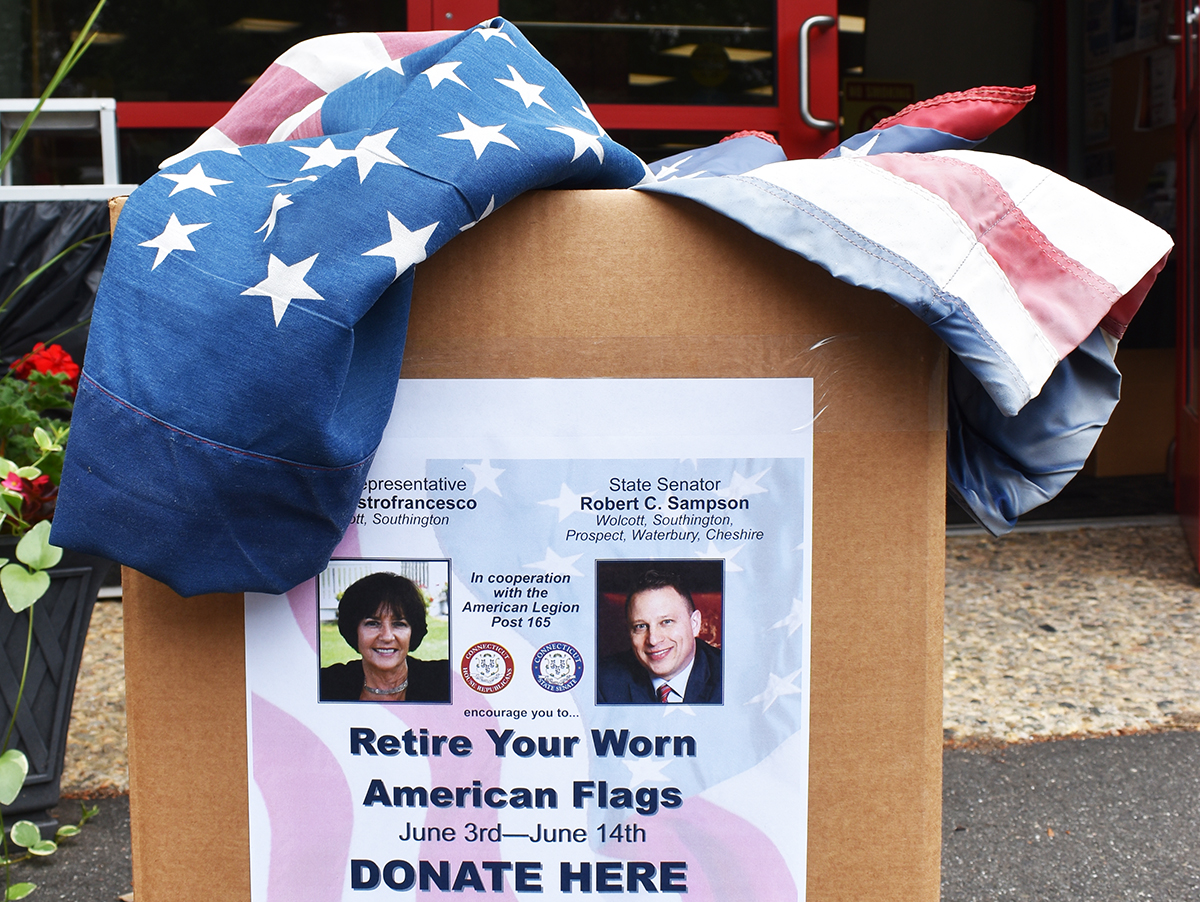 WOLCOTT – Over the past month to coincide with Flag Day which is celebrated on June 14th, State Representative Gale Mastrofrancesco (R-80) and Robert Sampson (R-16) sponsored a worn, tattered, torn, or otherwise unusable U.S. Flags collection in Wolcott. 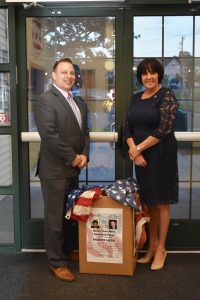 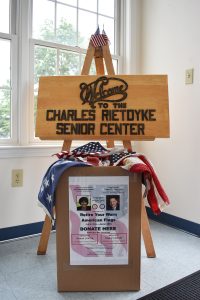 The Wolcott legislators placed boxes throughout Wolcott in order to allow residents an opportunity to drop off any flag whose condition was no longer considered serviceable.

Flag Day, the anniversary of the Flag Resolution of 1777, was officially established by the Proclamation of President Woodrow Wilson on May 30, 1916. While Flag Day was celebrated in various communities for years after Wilson’s proclamation, it was not until August 3rd, 1949, that President Truman signed an Act of Congress designating June 14 of each year as National Flag Day.