HARTFORD – State Rep. Gale Mastrofrancesco (R-80) along with the legislature’s Conservative Caucus this week warned residents to prepare for yet another round of Democrat tax increases – this time on goods and services that range from supermarket sandwiches and coffee to digital downloads – contained in the Democrats’ budget that take effect on October 1st.

Instead of streamlining state government, or trying to reduce state spending to balance yet another massive budget deficit, legislative Democrats and Governor Lamont chose once again to soak Connecticut residents by raising taxes on thousands of everyday goods and services. As a result, taxes are slated to go up today on everything from a slice of grocery store pizza to digital entertainment services like Netflix, Hulu and Spotify, among many others. It will even cost more to buy a new car in Connecticut, since the vehicle trade-in fee just increased to $100. 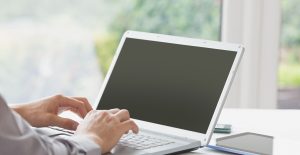 “The fundamental principle underlying these tax increases should incense everyone in this state. As Democrats scramble to rake in even more of your money to balance their bloated state budget, Connecticut residents are being whacked with new or increased taxes and fees. This time, the Democrats’ money grab literally digs even deeper into people’s pockets with an increased digital fee aimed directly at their mobile phones,” Rep. Hayes (R‑51) said. “Whomever claimed an old dog can’t learn new tricks has clearly never witnessed the skill at which legislative Democrats constantly learn and invent new ways to take more money from your wallet.”

Online content providers and cable TV alternatives are becoming increasingly popular as people seek more affordable entertainment options. Many are cutting their cable TV service and streaming or downloading content directly to their mobile phones and tablets. But losing cable subscribers means less tax money for the State, so now Democrats in the Legislature are going after cable TV alternatives as well. If it walks, crawls, flies, swims, drives, or downloads, the Democrats will tax it.

“The new digital tax is a symptom of a much larger problem: the Legislature’s insatiable appetite for more and more of your money,” Rep. Piscopo (R-76) said. “When Connecticut families try to save a little money by using less expensive alternatives, the Democrats smell opportunity and tax those cheaper options, further victimizing Connecticut residents who try to tightening their belts and spend less. This tax, and the myriad of other new and increased taxes and fees in the Democrat’s budget, simply perpetuate big inefficient state spending and do absolutely nothing to repair the state’s seemingly permanent financial problems. Unfortunately, many people seem resigned to paying ever higher taxes for the privilege of living in Connecticut, while far too many others are voting with their feet and moving their families and businesses to less tax-oppressive states.”