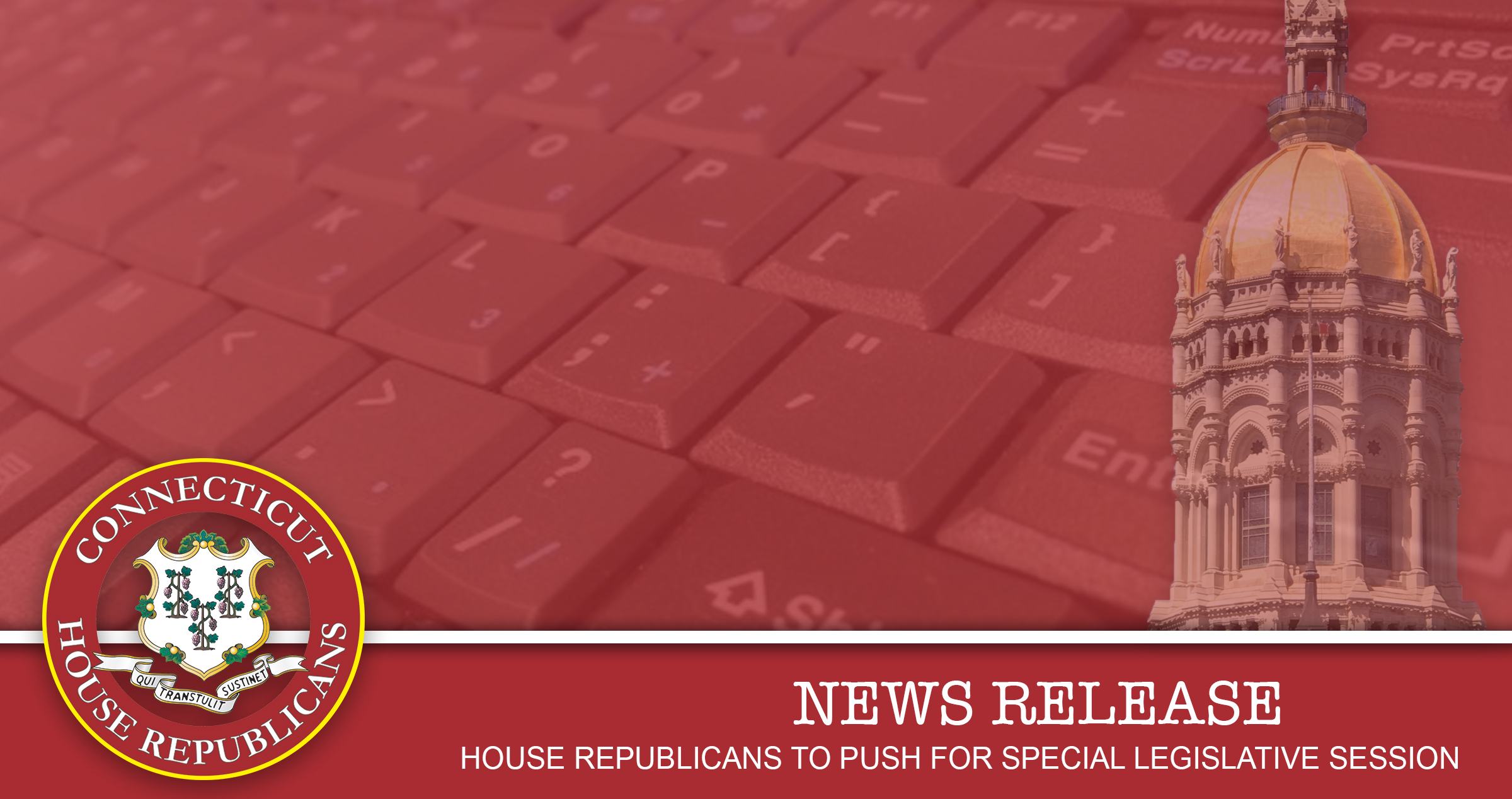 House Republican Leader Themis Klarides and Deputy Leader Vincent Candelora, on behalf of the House Republican Caucus, today announced they will petition their chamber’s members to conduct a special legislative session this summer to address Gov. Lamont’s executive orders. In order to bring the House into special session, a majority of members must agree, effectively requiring House Democrats to join with Republicans.

“The governor, through two separate emergency declarations, has run the state by executive order since early March without meaningful consultation with the legislative branch. The situation in Connecticut today is far different than it was at the outset of the crisis—public health statistics have improved while the state’s economy has cratered, the latter leaving thousands of workers unemployed and many businesses closed or teetering on the edge of survival.

“The governor’s emergency declarations expire September 9th, and through his recent decisions it’s become increasingly apparent that the legislature must be ready to act that day to provide much-needed checks and balances. We must also have the flexibility to act on crucial issues that arise ahead of that date, from helping the governor develop common sense “reopen” policies to ensuring that municipalities receive their fair share of federal relief dollars.

The governor has prioritized out-of-state consultants ahead of Connecticut’s elected officials and their constituents in his response to this crisis. So, we’re moving to open a special House session by using the petition process. Petitions will be circulated within both parties of the House. As we have seen over the past two months, this situation has the potential to change quickly, and we, as a legislature, need to be able to react quickly. We hope our majority party colleagues will join us in this effort that we believe will improve state government’s ability to respond to the many challenges faced by our state and its citizens.