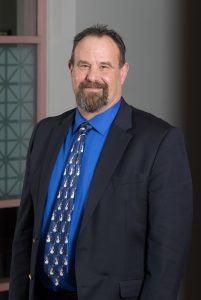 State Representative Rick Hayes was re-elected to his second term in November 2020 and proudly represents the 51st District which includes the towns of Killingly, Putnam, and Thompson. For the 2021 and 2022 legislative session, Rep. Hayes will serve on the Appropriation, General Law, and Public Safety committees. Rick also returns to the Connecticut General Assembly Conservative Caucus in which he has been a member of since his Freshman term. Rep. Hayes was also named an Assistant Leader for his current term.

Rep. Hayes has a 33-year career with the Putnam Police Department and served his last 12 years as Putnam Chief of Police. Rick has a long history of service to his community, currently sitting on the Putnam Board of Selectmen, was appointed to the charter revision committee, and served as a board member of the Putnam WPCA. He gave 10 years of service to the Putnam Fire Department, and 12 years of service to Putnam EMS. Rep. Hayes was elected President of the Connecticut Police Chiefs Association in 2015.- and served 10 years on their board of directors. He also served on the Board of Directors for Law Enforcement Council of Eastern Connecticut, Police Association of Connecticut, and New England Police Chief’s Association where he served as chairman of the community policing committee. He was also appointed to the Community Policing Committee of the International Association of police Chiefs.

Rep. Hayes is a certified Fire Marshal and has served the Town of Thompson as their Fire Marshal for over 25 years. He has received two lifesaving awards over his career. The first from Governor O’Neil and the second from Governor Grasso. He has received four-unit citations from the Connecticut State Police, was awarded “Connecticut’s Finest”, Officer of the Year from State of Connecticut and the Connecticut Exchange Club in 2013. He was recognized as Officer of the Year by Putnam Grange in 2007, Public Servant Award form Putnam Rotary in 2009, Officer of the Year from the Town of Putnam and Putnam VFW also in 2009 and was given the leadership Award from the New England Police Chief’s Association. In 2016

Rick has been honored by the National Walmart Foundation with the Guardian of Our Children Award and by Day Kimball Hospital with the Grammy Deary Service Recognition Award,

Rick has served on the Board of Directors for, The ARC of Quinebaug Valley, Woman’s Center of Northeast Connecticut, and United Services. He is a proud member of the NRA, CCDL, and the Putnam Elks.

Rick is a lifelong resident of northeast Connecticut and graduated from Putnam High School in 1977. He and his wife Kathy have four children and eight grandchildren.