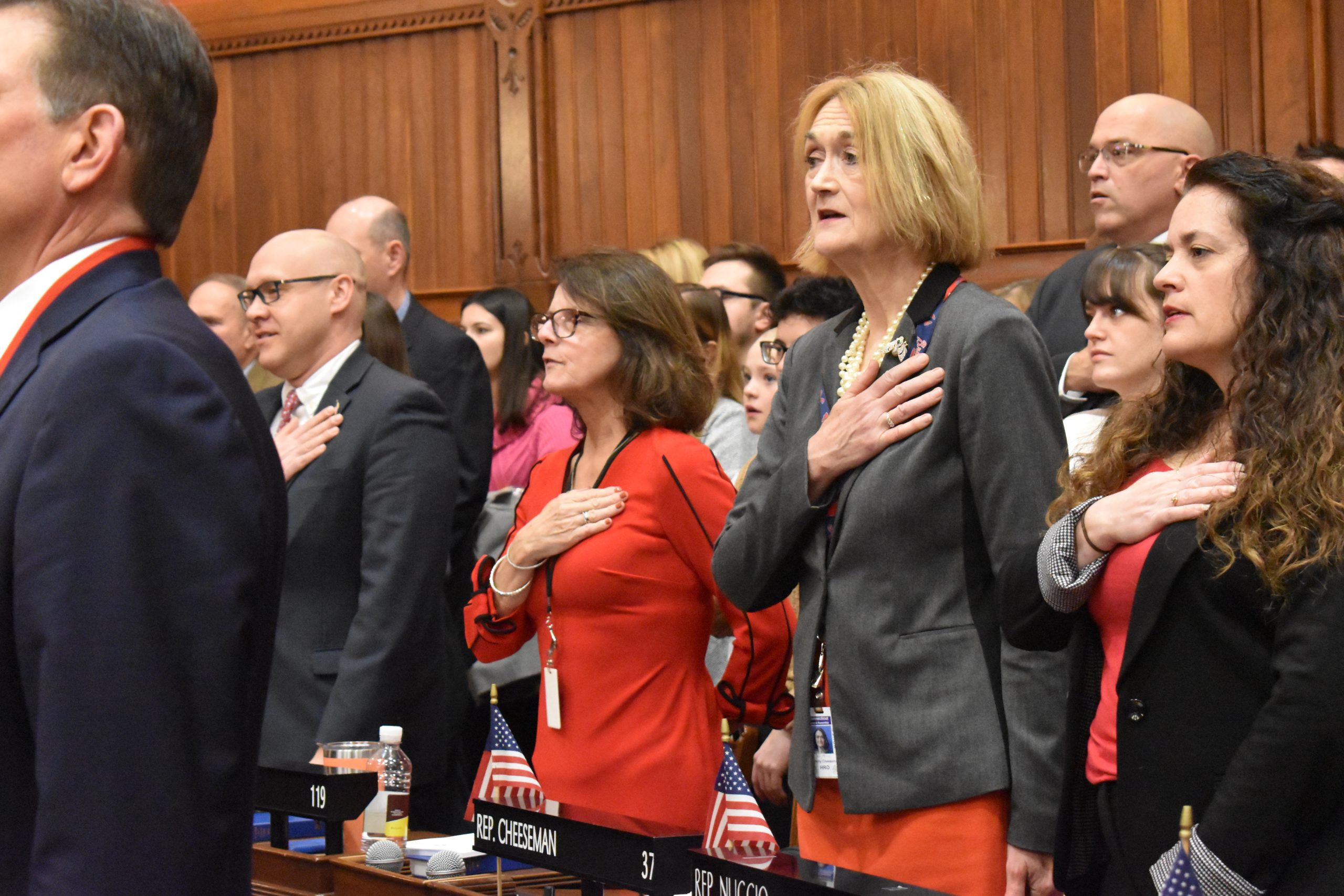 HARTFORD—Looking to provide tax relief to working families in Connecticut and continuing pay down our state’s long-term debt are top priorities for State Rep. Holly Cheeseman (R-37), who was sworn in today as state representative for the 37th General Assembly District covering East Lyme, Montville and Salem.

“People in the towns I represent placed tremendous faith in me on Election Day, and it’s an honor I take seriously,” Cheeseman said. “When I take the oath of office as the State Representative for the 37th District, I do so knowing that I represent all the citizens of the district of all political persuasions.”

“I’m honored to have been chosen as one of our caucus’ top leaders,” Representative Cheeseman said. “As an Assistant Leader, I will be taking on more responsibilities and having a greater role in implementing our caucus agenda. It means I will be in an even stronger position to promote legislation that benefits the 37th District and to protect the interests of our citizens. I‘d like to thank Rep. Candelora for making me part of his leadership team and look forward to the challenges we will be facing during the 2023 and 2024 legislative sessions.”

Cheeseman was in the House chamber Wednesday when Gov. Ned Lamont addressed lawmakers, touching on a wide variety of issues facing the state such as the economy, the Connecticut job market, transportation and our state’s education.

Cheeseman and her House Republican colleagues have driven the debate the last year over the state’s finances, contending that residents in Connecticut deserve some tax relief especially with record inflation families are facing on a daily basis.