State Representative Jay Case proudly represents the 63rd District of Winchester, Colebrook, and sections of Goshen and Torrington. He was re-elected to his 5th term in November 2020, and has been appointed to serve as the Ranking Member of the Human Services Committee. Rep. Case also serves on the legislature’s Higher Education and Aging committees. 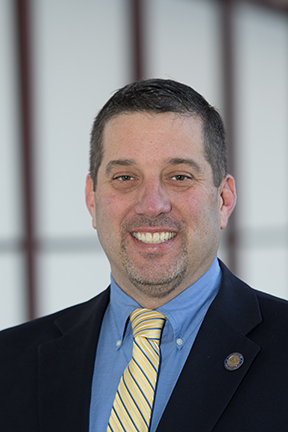 In addition to being the Ranking Member of the legislature’s Internship Committee, where he helps young people learn about state government and policy, Rep. Case was a founding member of the first-ever Intellectual and Developmental Disabilities (I/DD) caucus. His bipartisan work on the I/DD Caucus brings members of the I/DD community into state policy-making decisions and provides them with a voice to improve the way government delivers supportive services to the community.

Rep. Case knows that Connecticut can’t continue to spend more money than it makes, nor can it continue to borrow more money than the state can afford to pay back. He supported several measures that promote smart spending and streamlined cost-saving policies packaged within the Republican “Pathway to Prosperity,” which is a five-year blueprint of how to get the state back to fiscal stability.

Rep. Case lives in Winchester and has been an active volunteer with organizations like the Special Olympics, serving as a coach to his brother. He currently works as a commercial energy consultant and has prior experience in the construction industry.