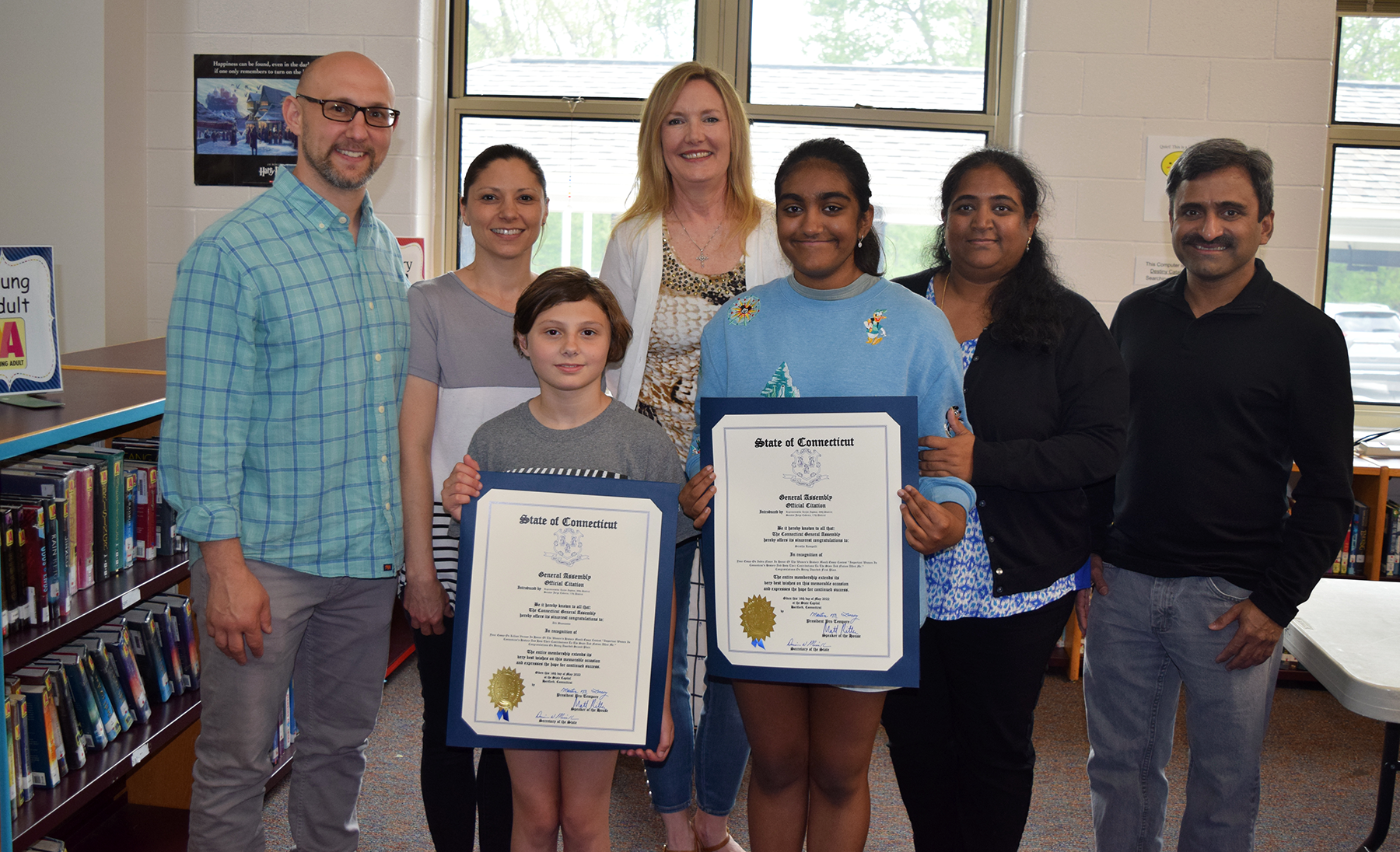 BETHANY – Rep. Lezlye Zupkus, R-89th, recently presented citations to Srestha Kompalli and Alli Buonanno, who are sixth graders at Bethany Community School. They are the winners of a bi-partisan essay contest that was part of Women’s History Month.

Srestha, who was awarded first place, wrote about Indra Nooyi, who immigrated from India and became the CEO of Pepsi and increased its profits by billions of dollars.

“Indra Nooyi is a perfect example of someone who was able to provide for her family as well as helping make the world a better place,” Srestha wrote in her essay. “She proved that women playing a crucial role in the business field didn’t mean that you had to give up responsibilities as a mother and as a wife.”

Second place went to Alli who wrote about Lillian Vernon, an entrepreneur who grew her company, the Lillian Vernon Corporation, from the ground up. The company was focused on products for young women and went from initial revenue in the thousands to being publicly traded and making millions.

“I chose Lillian Vernon because I admire that she knew what she wanted to do, she believed in herself and was successful,” Alli wrote. “I hope to be successful in what I do one day and I would also like to help others.”