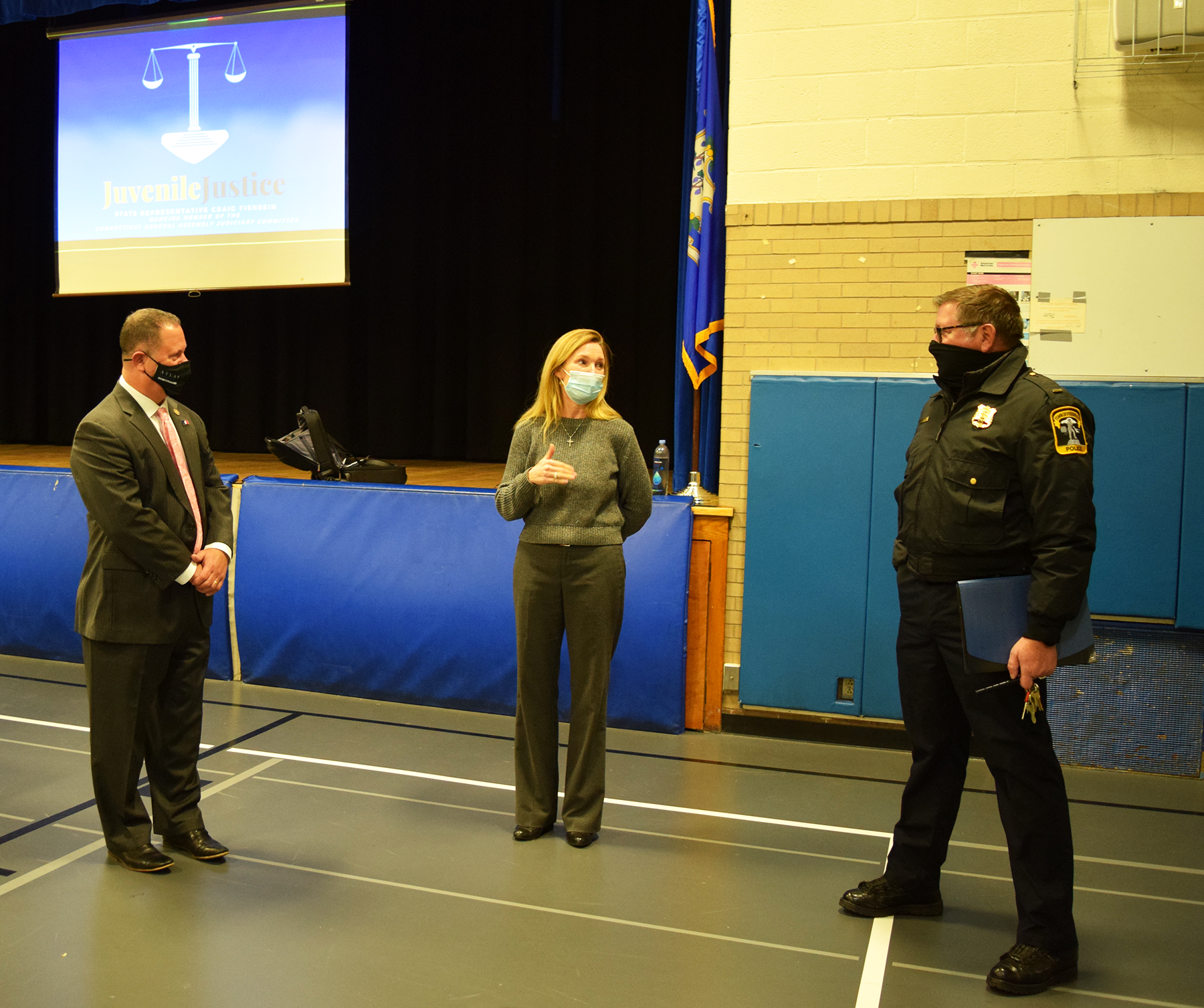 Responding to the concerns of residents alarmed by the rise in juvenile crime, most especially the sharp increase in motor vehicle thefts, State Representatives Lezlye Zupkus and Craig Fishbein hosted a Juvenile Justice Forum via the Zoom online platform on Jan. 10 to discuss legislation, the data showing that thousands of cars have been stolen in Connecticut and how the state continues to grapple with a crime wave that demands action.

During the forum, the veteran lawmakers discussed important changes to Connecticut law over the last ten years that have led to an increase in property-related crime, the most recent crime data from the FBI and state police, and details of the House Republican’s plan to address the problem through legislation. Following the  presentation, Lt. Nelson Abarzua, of the Prospect Police Department, provided an update on the latest larcenies in Prospect.

“We will continue to push on this and continue to work with the police to keep our community safe,” Rep. Zupkus said. “This is not a partisan issue, this is a bipartisan issue. Juveniles don’t just steal Republican cars or only Democrats cars – this is across the board. And again it is not to put every juvenile away, it is to keep the community safe and to hold the ones who are really these repeat offenders accountable.”

Lt. Abarzua said there were 163 larcenies in Prospect in 2021 that had to do with either motor vehicle theft or suspects trying to steal valuables from vehicles. In one case, a vehicle was stolen from a family’s garage in Prospect by two juveniles. They took that vehicle to a home in Naugatuck where they attempted to steal yet another vehicle and then pointed a weapon at the homeowner when that person came out to confront them, according to Lt. Abarzua.

“I’d like to thank the representatives for inviting me today to keep pushing the word, and educating the public and the Town of Prospect,” Lt. Abarzua said.

Despite assurances from legislative Democrats that violent crime is down nationwide, the data clearly shows juvenile crime is on the rise in Connecticut, with car thefts committed by juvenile offenders having increased dramatically. Once again, House Republicans are urging everyone to call their legislator and tell them the importance of this issue so we can develop a solution that keeps the community safe, while putting troubled youth in touch with the services that will get them on the right path.