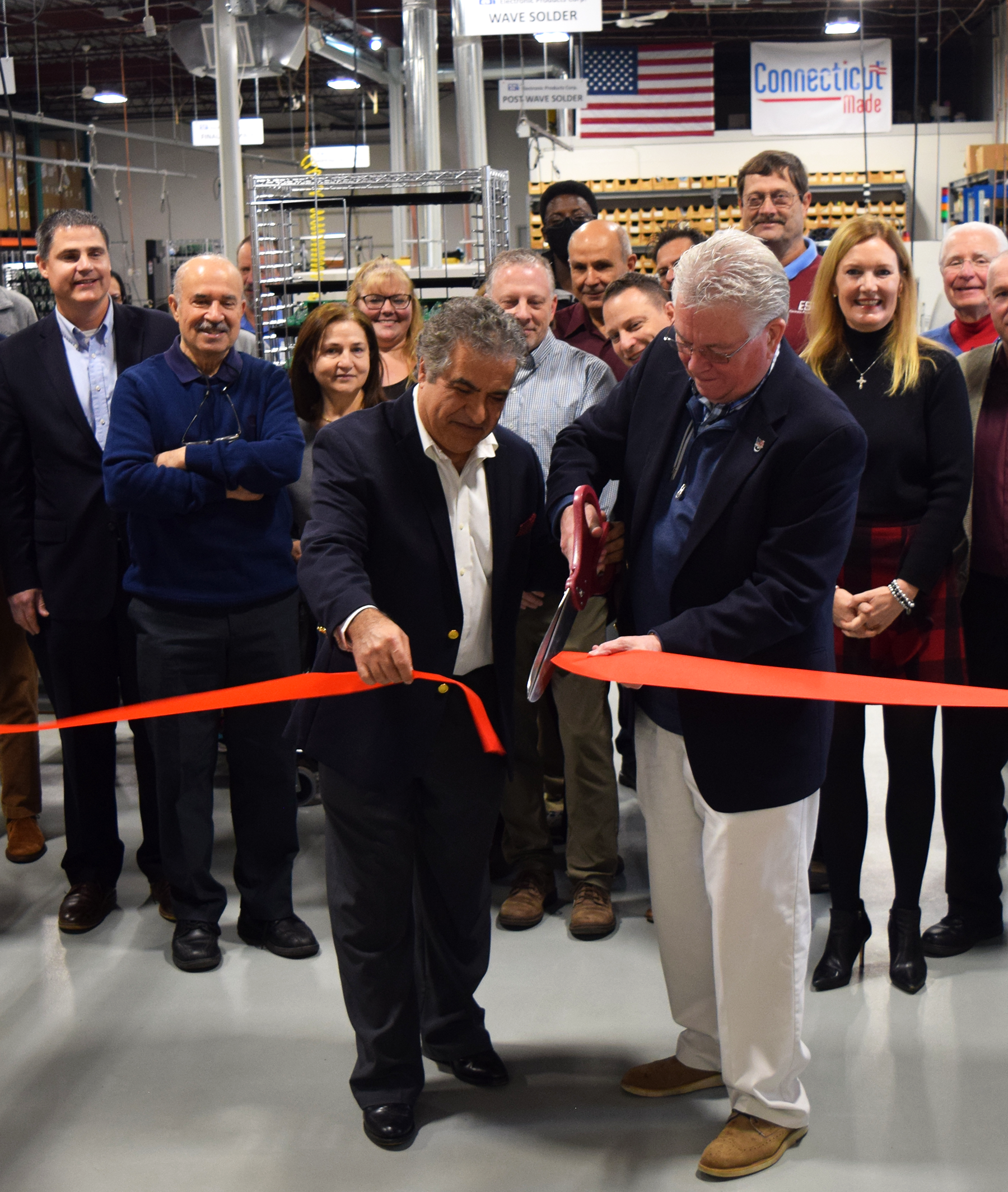 Helping to kick off a new manufacturing theme of “Made in Prospect,” State Rep. Lezlye Zupkus, R-Prospect, joined the owner of ESI Electronics Products Corp. during a ribbon cutting and tour Thursday of the company’s recent state-of-the art expansion.

The company, owned by President and CEO, Reza Khani, manufactures circuit boards and interactive touch screens for a range of equipment used in fitness centers, medical devices, and rehabilitation centers. The devices made in the company’s Prospect plant can be found powering products made by Nautilus, Stairmaster, Biodex, Schwinn and Landice, among others.

Rep. Zupkus joined Mr. Khani, company officials and Mayor Robert J. Chatfield as they cut a ribbon, which marked the grand opening for the expansion on Waterbury Road. Chatfield welcomed the company’s expansion and move within the town. The company expects the upgraded facility will help cut down on the time it takes to get their products to customers. 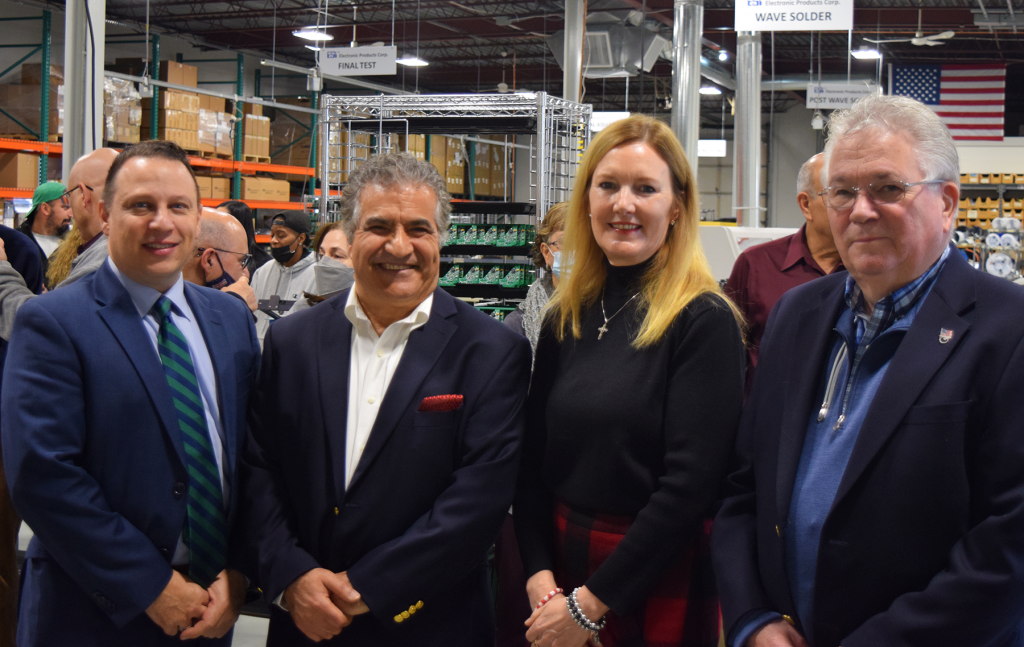 Rep. Lezlye Zupkus, R-Prospect, (second from right), joined Reza Khani (second from left), the President and CEO of ESI Electronics Products Corp. in Prospect on Thursday as he cut the ribbon marking the expansion of the company’s new facility on Waterbury Road. Sen. Robert Sampson, R-Wolcott, is shown on the left and Prospect Mayor Robert J. Chatfield is pictured on the right.

“Manufacturing is the heart of our economy and when global supply chains break down, it will be the companies, such as ESI, in our backyard that bridge those gaps,” Rep. Zupkus said. “These companies help fuel Connecticut’s economy and generate good-paying jobs that provide the products we use every day.” 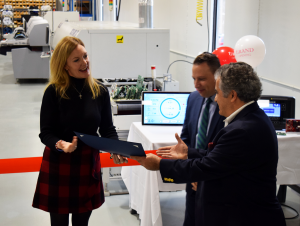 Rep. Lezlye Zupkus, R-Prospect, on left, presents Reza Khani, the President and CEO of ESI Electronics Products Corp. in Prospect, with a citation from the Connecticut General Assembly that congratulated him and the company on its expansion, as well as for keeping his business in Prospect.

Rep. Zupkus, and Sen. Robert Sampson, R-Wolcott, presented Mr. Khani with a citation from the Connecticut General Assembly that congratulated him and the company on its expansion, as well as for keeping his business in Prospect.

“We are fully committed to minimizing our operation’s carbon footprints and our significant investment in the new plant and production equipment will reduce our energy usage by 45 percent,” Khani said. “The cost reduction coupled with our great design and production teams will help us to support our customers and compete with foreign competition.”

Anyone with additional questions for Rep. Zupkus can contact her at 1-800-842-1423 or via email at Lezlye.Zupkus@housegop.ct.gov