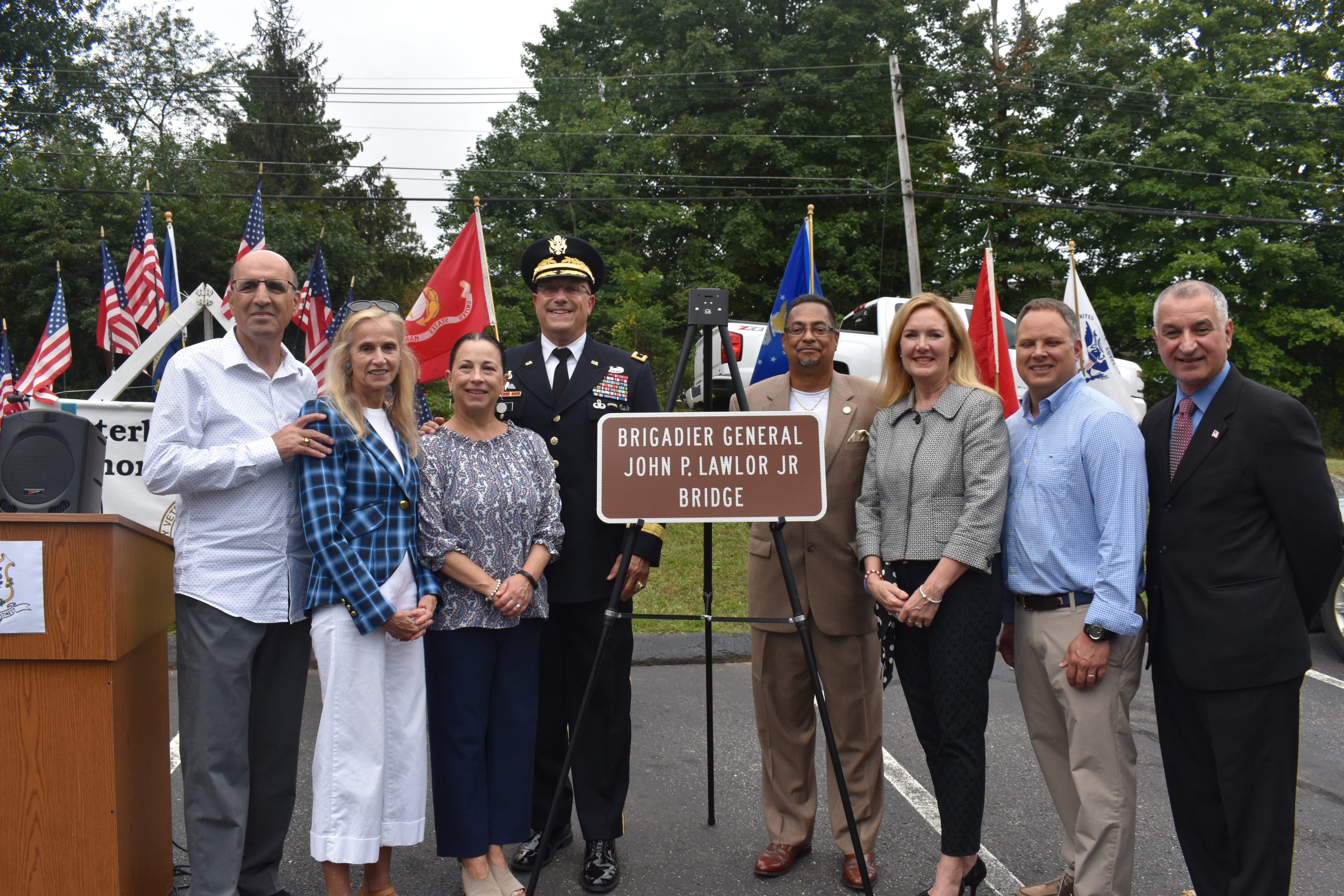 CHESHIRE – Friday, September 17th Bridge No. 01076 on I-84 in Cheshire was named to honor Brigadier General John P. Lawlor, Jr. of Southington.

General Lawlor is a decorated veteran of the United States Army who served valiantly and with numerus accolades since 1987 and has recently retired from service. As a civilian he currently serves as the Director of Public Works in East Hartford and has also held this position in Waterbury and Bloomfield, with a similar position in New Haven.

State Rep. Lezlye Zupkus, a longtime friend of the General, organized the ceremony and was instrumental in passing the legislation to name the bridge. She was joined by members of the Waterbury Delegation, Mayor Marcia Leclerc of East Hartford, and other dignitaries.

Bob Dorr of the Waterbury Veterans Memorial Committee kicked off the event with a welcome statement, followed by the presentation of colors by the National Guard and an opening prayer by Monsignor Joseph Donnelly of Waterbury. 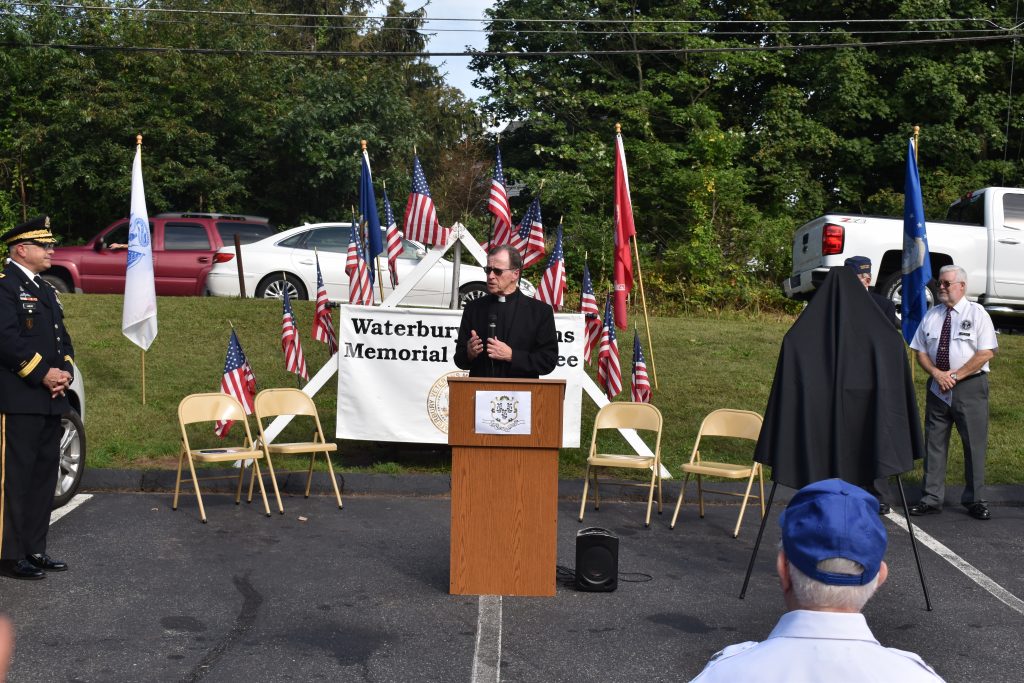 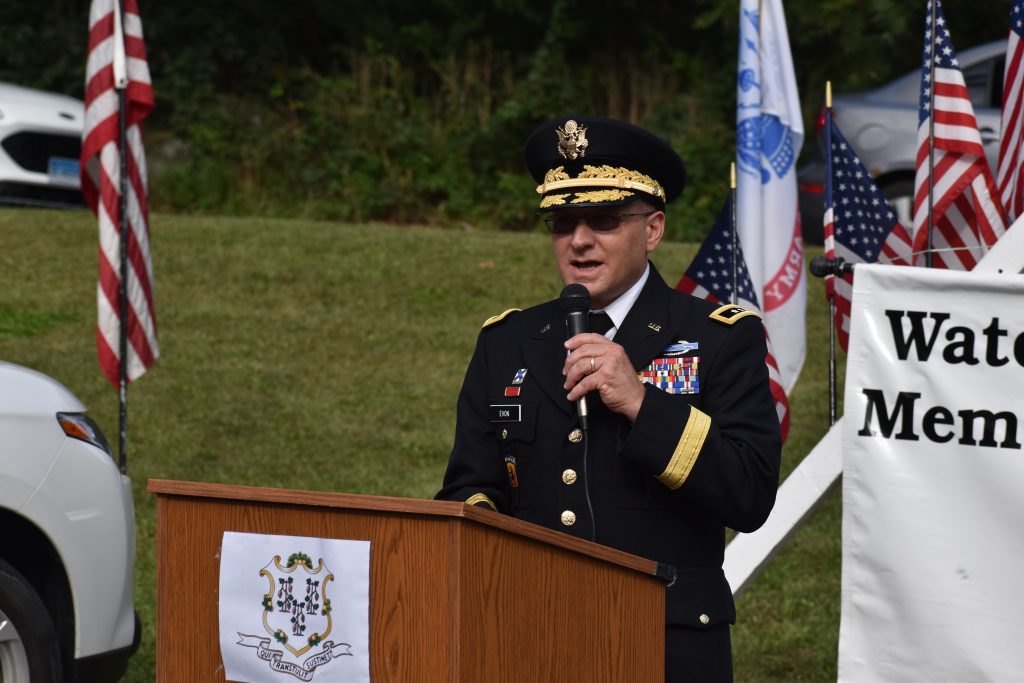 The ceremonial sign was presented by Carlo Leone of the CT Department of Transportation, followed by remarks from Brigadier General Lawlor himself.

“I am so incredibly humbled and honored to be recognized here today. I’m even more humbled when I look out across this audience knowing that this honor would never have been possible without all of you, and many others,” said General Lawlor. “Having a piece of local infrastructure named in my honor is just too much for words. And to have it here, close to where my journey began, makes it even that much more special.” 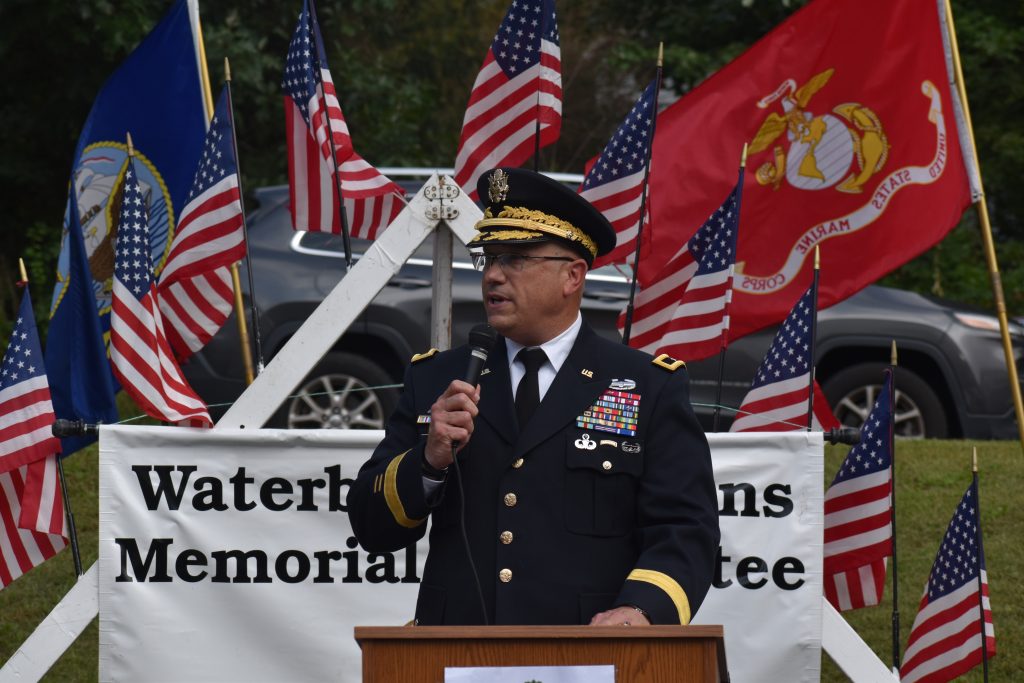 “It is a great privilege to honor General Lawlor, a man who has dedicated his life to service both locally and abroad,” said Rep. Zupkus after the event. “You can tell purely by the size of this crowd that he is loved and respected across all of the communities he has served. I am so grateful to everyone who showed their support today and to everyone who played a part in this beautiful ceremony.” 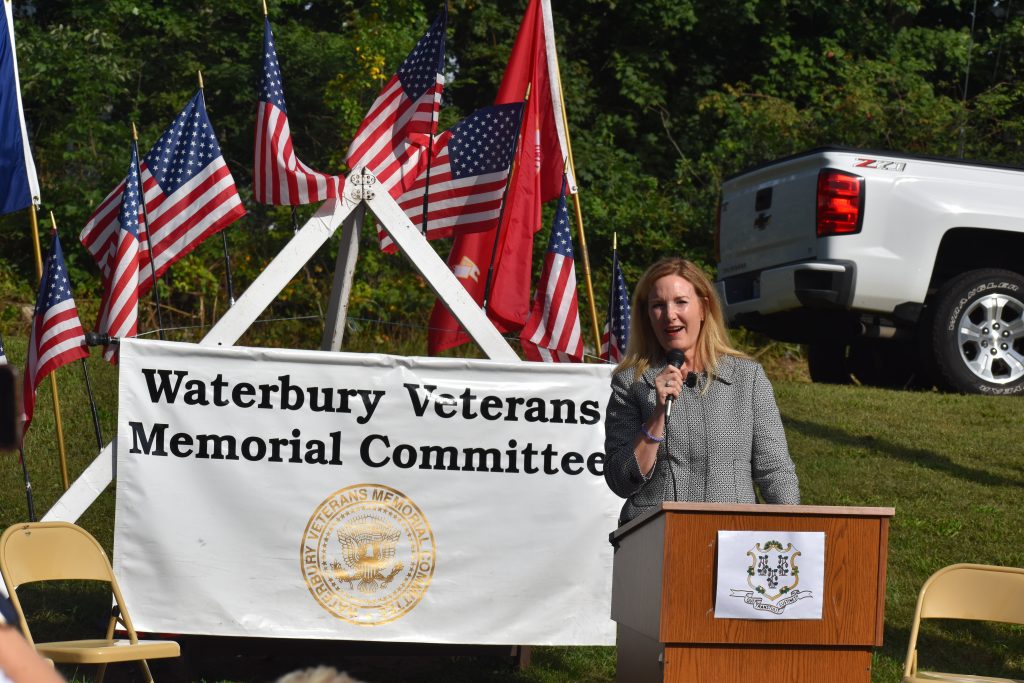 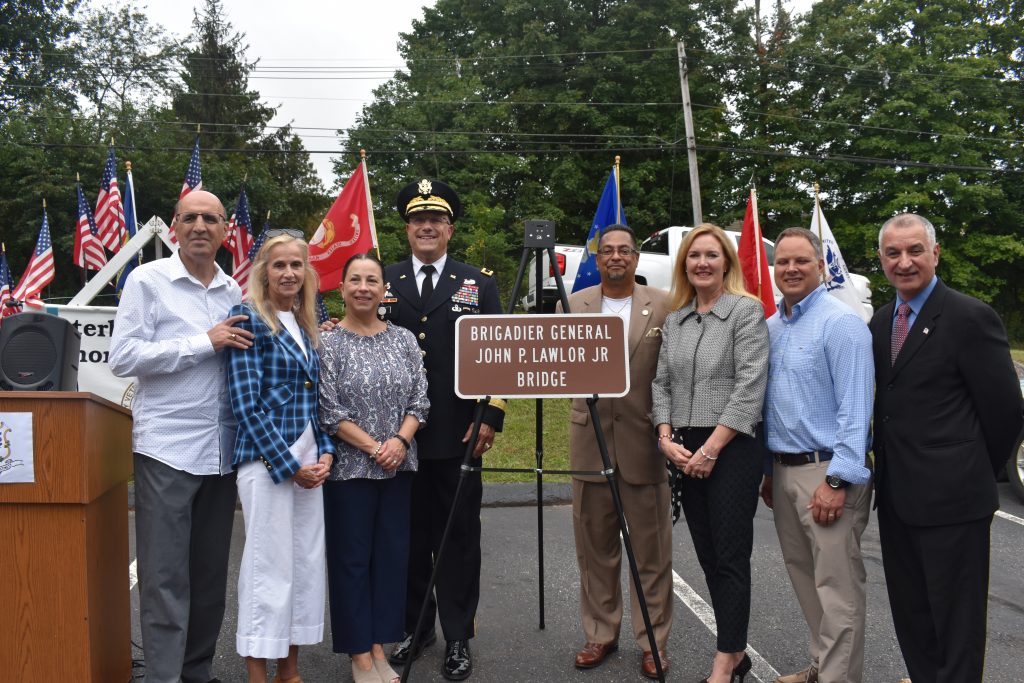