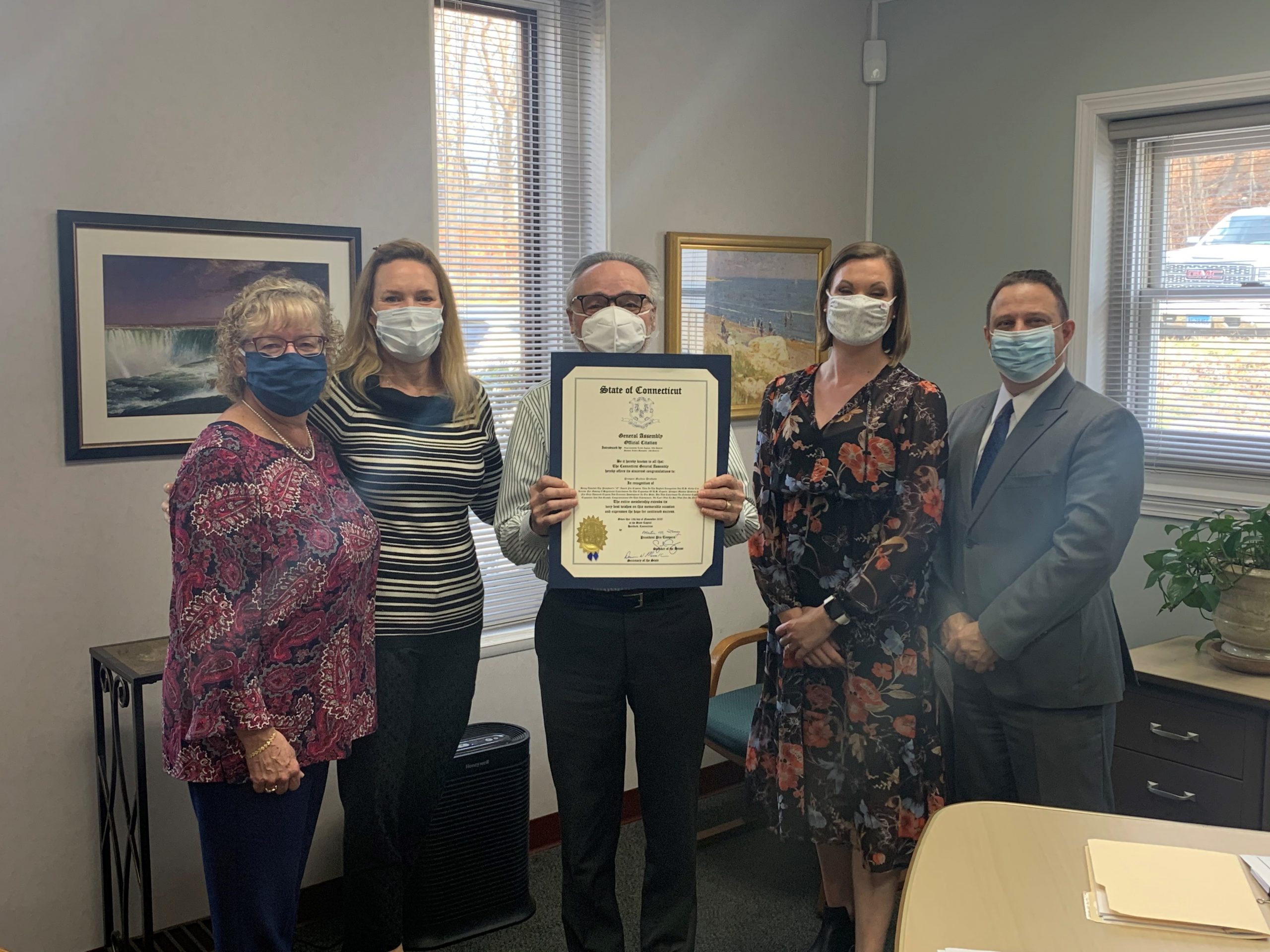 U.S. Secretary of Commerce Wilbur Ross notified Prospect Machine Products of its selection to receive the President’s “E” award for exports. The President’s “E” Award is the highest recognition any U.S. entity can receive for making a significant contribution to the expansion of U.S. exports.

State Senator Rob Sampson said, “Congratulations to Prospect Machine Products for their outstanding operation which earned them this prestigious recognition. You have established yourselves as one of the most trusted manufacturing companies in the country and the world.”

“I am so proud to have a company as innovative and successful as Prospect Machine located right here in Prospect,” said Rep. Lezlye Zupkus. “This recognition is truly deserved and showcases our entire community in such a positive light.”

“This landmark recognition is hugely impressive and important. You have my congratulations— and gratitude— for dramatically advancing exports and economic growth in our state. You’re putting Connecticut on the map, and putting people to work, through major job creation.” said Blumenthal.

“Exporting is an important part of our sales.” said Richards Laurenzi, Chairman/ CEO of Prospect Machine Products. “Buyers and consumers in foreign markets want quality products made in the United States, and we are honored to receive the E award. We are a small deep draw stamping manufacturer, a family business founded in 1950, so this greatly appreciated honor represents a milestone in our company’s history.”

U.S. companies are nominated for the “E” Awards through the U.S. Department of Commerce via their International Trade Division.  With offices across the United States and in embassies and consulates around the world, The International Trade Administration lends it expertise at every stage of the exporting process by promoting and facilitating exports and investment into the United States; administering Anti-Dumping and Countervailing Duties orders; and removing, reducing, or preventing foreign trade barriers.

In 1961 President Kennedy signed an executive order reviving the World War II “E” symbol of excellence to honor and provide recognition to America’s exporters. Criteria for the award is based on four years of successive growth in one or more international markets.

For more information about the “E” Awards and benefits of exporting, visit: www.export.gov.