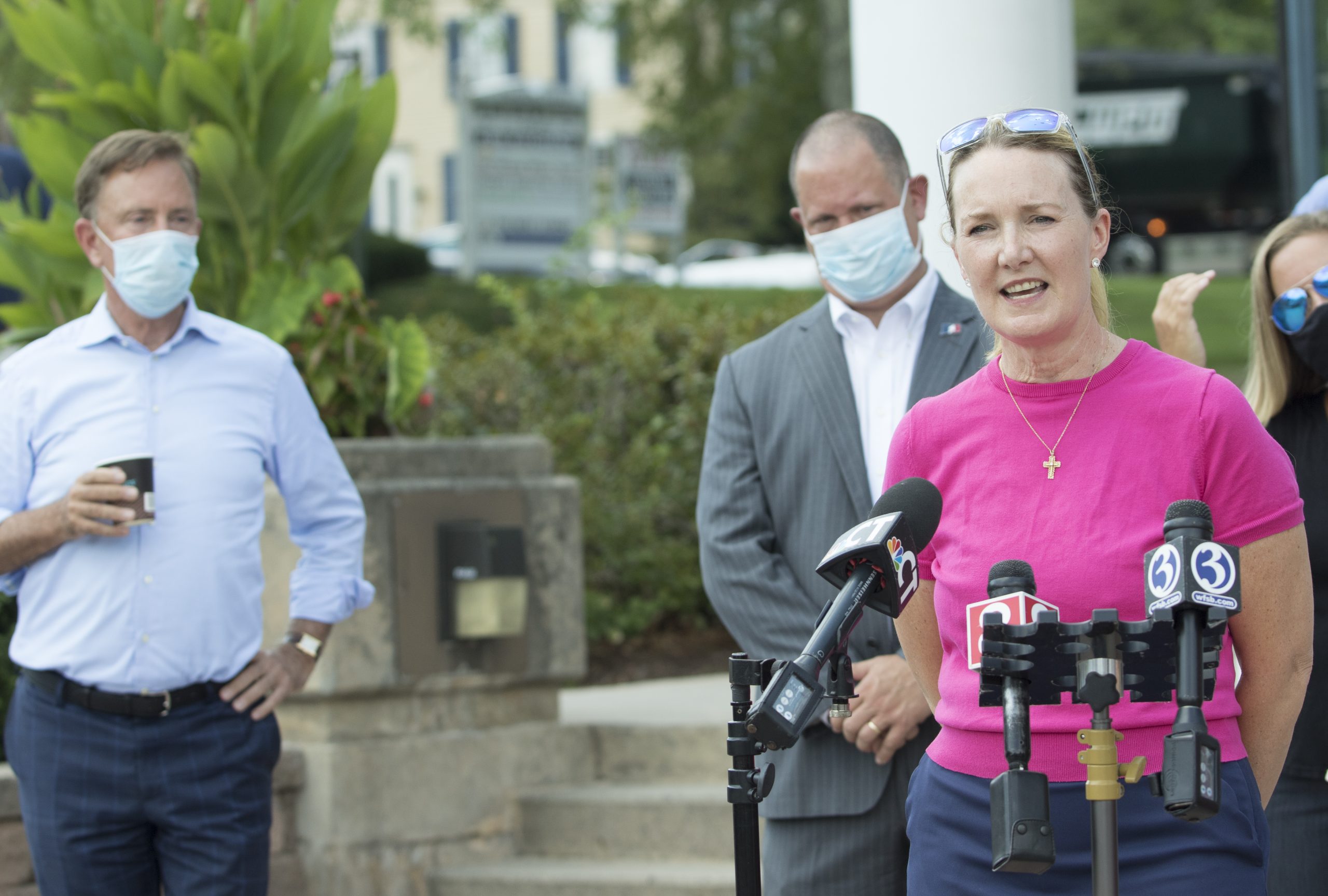 Since Tropical Storm Isaias made landfall last week, restoration efforts have been underway to restore power across Connecticut. Thousands remain without power making it difficult to escape the extreme heat and to work from home, as many have been doing since the pandemic began.

Yesterday afternoon, the Cheshire State Delegation and I joined Governor Lamont at Cheshire Town Hall for a discussion about the storm, the aftermath and Eversource’s preparation and response. Together with Cheshire Town Council Chairman Rob Oris, Town Manager Kimball, Senator Blumenthal and other elected officials, we were able to voice our concerns directly to the governor.

Among the most pressing issues we asked the governor to consider were Eversource’s lack of adequate preparations, their woeful response once the storm made landfall, and the lack of accurate and up-to-date information for local elected officials and residents. Finally, the delegation asked the governor to convene hearings with Eversource and PURA to make certain these missteps are not repeated.

It is estimated that most customers should have their power restored some time today.

Like many of you, I am frustrated with the situation. This year has been challenging for many, and with the added financial pressure of higher electric rates, coupled with Eversource’s lack of preparedness for this storm, many customers want answers.

With that said, I would like to extend my sincere and heartfelt gratitude to the many men and women working on the lines to restore power to us, our local police, firefighters and work crews, and landscapers that have been cleaning up our fallen trees. They have spent time away from their own families, putting their safety at risk, and facing challenges in their own lives. I would also like to recognize those of you who have been checking in on their neighbors and our seniors during this crisis. May everyone stay safe.