BETHANY- State Rep. Lezlye Zupkus and State Senator George Logan held a Town Hall Meeting in Bethany last week to provide residents with a post-session recap about the 2019 legislative session, the state budget and the debate on how to fund our state transportation projects without tolls. 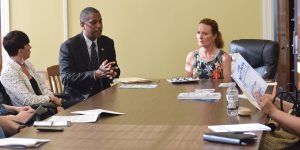 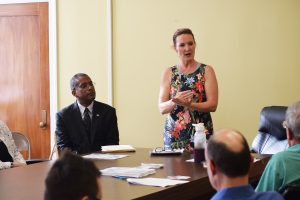 Both Sen. Logan and Rep. Zupkus talked about how they opposed the state budget due to its many taxes, almost $2 Billion and a refusal to have a debate on how to reduce our state spending.

Both legislators declared their opposition to any toll plan and mentioned how a toll proposal did not have enough support in the General Assembly at this time. The Bethany lawmakers prefer to finance our state transportation projects using the ‘Prioritize Progress’ plan which have the Department of Transportation list the projects by importance and we would bond the money while still keeping the state under its mandated bonding cap.

Some of the positive pieces of legislation passed in 2019 were bills to address the growing opioid crisis, a new law to get tougher on those who sell or manufacture Fentanyl.

“I was very frustrated with the tone the legislature took after the majority party gained seats this past year. Many pieces of legislation ended up being harmful to small business and middle class families,” said Rep. Zupkus. “I was grateful we were able to stop the forced regionalization of school districts and keep Amity School District intact. We need to let successful and volunteer regionalization occur and not force local communities into different districts that do not fit the needs of the students.”

“At the State Capitol, Rep. Zupkus and I continue to fight to protect Bethany taxpayers’ wallets,” Sen. Logan said.  “Events like these allow us to keep Bethany taxpayers informed on a wide variety of topics.  We very much appreciate how Bethany residents are staying active and vocal regarding key issues like tolls, tax hikes, forced regionalization of school districts and the state budget.  Rep. Zupkus and I will not stop pushing to make Connecticut a more affordable state, and we thank Bethany taxpayers for their support.”

The lawmakers handed out the 2019 Major Public Acts report, which provides brief descriptions on a number of issues including legislation on opioid drugs, transportation and the state’s business climate, among others. Residents can read the full document by visiting 2019 Major Acts.